Israel’s political leadership often says there is no solution to the “Gaza Problem,” but is that true? The Derech Chaim Movement, headed by Rav Yitzchak Ginsburg – a devotee of Chabad Chassidus with his own unique militant Zionist slant – believes there is, indeed, a way to end the barrage of missiles and terror originating from the small strip of Hamas-controlled territory.


Formerly the rosh yeshiva of the Kever Yosef Yeshiva in Shechem (before it was closed by the government) and a spiritual mentor for many “hilltop youth,” Rav Ginsburg explains that according to the Kabbalah, the inner secret of Gaza’s strength comes from the negative trait of “azut d’chutzpah,” or “unholy boldness.” Hamas does not hold Israel hostage to terror because of its military prowess, but because of its arrogant lack of fear.

In Tanach, the scourge of Gaza is Samson who is characterized by his “azut d’kedushah,” or “holy brazenness.” Rabbi Ginsburg explains that Israel must adopt this holy trait when fighting Gaza. It should fight to the finish – until the enemy is destroyed – trusting in Hashem alone and not worrying what other nations will say, he argues.

Uri Kirshenbaum, a director of the Derech Chaim Movement, says his group’s goal is to present the Israeli public with new, Torah-based answers to pressing national problems. It currently is distributing a pamphlet, offering a solution to the Gaza conflict.

“Whenever someone suggests reconquering Gaza, everyone trembles in fear, saying, ‘What will we do with the almost two-million Arabs living there? Maybe it’s better to build a wall up to the sky so that their balloons can’t reach Israel,’ and so on and so forth,” Kirshenbaum told the Jewish Press.

“The terror from Gaza has destroyed Israel’s military deterrence, wetting the appetite of our enemies. Furthermore, the blows we receive…are not merely physical; they represent a desecration of Hashem, who gave the Land of Israel to the Children of Israel. We are called upon to eliminate this national disgrace and the disgrace to G-d’s honor with the steadfast belief the Almighty will stand by our side as Calev ben Yefu’ne fearlessly declared, ‘Let us go up at once and possess it, for we are most able to conquer it.’”

Some of the recommendations and policies set down in the pamphlet include immediately stopping all aid to Gaza; allowing Gaza residents to leave on their own, with compensation followed by an all-out war without paying attention to world opinion; and deporting all Gaza residents who don’t accept Israel’s sovereignty over the area.

The Jewish Press: According to the Torah, is it a mitzvah to conquer Gaza?

Rabbi Lior: Certainly. Gaza is a part of Eretz Yisrael. We controlled Gaza just a few years ago, then handed it over to the Arabs. We should transfer them to their own lands in a humanitarian manner – even provide them with money to help.

It is possible to transfer a population from one place to another. At the end of World War II, the Soviets controlled eastern Poland where I was living. In a particularly large area, they relocated all the Germans living there to Germany. Others places like Turkey have done the same.

Eretz Yisrael belongs to the Jews. Non-Jews who accept our rule over the country can live here under certain conditions, but those who reject Israeli sovereignty have to live elsewhere.

If the Arabs in Gaza continue to attack Israel and the IDF is forced to invade Gaza to protect Israel’s populace, what must the IDF do to avoid killing innocent Arab civilians?

In a war, there are no innocent civilians. That concept is an invention of the Left. In World War II, didn’t the Allied Forces bomb civilian populations? The Maharal, in his commentary on Vayishlach, asks, “How was Shimon and Levi’s destruction of Shechem justified? After all, it was Chamor’s son who committed the crime against Dinah, not all the men in the city.”

The Maharal says their action was an acceptable strategy in war. The sin against Yaakov’s daughter wasn’t a criminal act on a private, individual level; it was an attack on the Jewish people as a whole. The people of Shechem all agreed to the evil deed. They didn’t put the rapist in jail; they were all partners in the attack against Yaakov’s family.

A nation that is attacked has the right to counter-attack even if civilians are killed. The concept of innocent civilians is a distortion of the Christian world which probably initiated more wars than anyone else.

People claim Israel must have – what they call – a higher moral standard and take into account what the international community will say.

Rabbi Kook emphasizes in his writings that the Nation of Israel does not go to war for the sake of conquest and killing, but to uproot evil and make the world a better place. What is more moral than that? The nations of the world, by and large, want to see us destroyed. Why should we listen to them?

We have to listen to the Torah. Even if we are attacked on Shabbat, we are commanded to bear arms and defend ourselves against the enemy. We don’t need any other permission. Why should we worry what the gentiles will say?

Soon, we will be celebrating Pesach. In ancient Egypt, to escape the hatred of the Egyptians, Jews tried to grow back their foreskins to be like their masters, and the Egyptians hated us all the more. Pleasing the nations of the world won’t help Israel; it will only place us in greater danger….

Exceptions like President Trump and other righteous gentiles certainly exist, but on the whole, the nations of the world don’t want us here in the Holy Land. The rebuilding of Israel in the Promised Land explodes the false doctrines of their religions that Hashem abandoned the Jews. Why ask them what we should do? Does a lamb ask a wolf what he wants for dinner?

Some claim that the Arabs who call for Israel’s destruction have the status of Amalek. Is that true?

Absolutely. HaRav [Yoshe Ber] Soloveitchik declared that any nation that seeks the destruction of Israel has the status of Amalek. Eighty years ago, it was Germany. Today it is Hamas and Iran and all their partners. If the nations of the world want to show how justice-loving and pluralistic they are, let them invite the Arabs of Gaza to come live in their countries and they can send all the Jews in their countries to us. That would be the best and most peaceful solution of all. 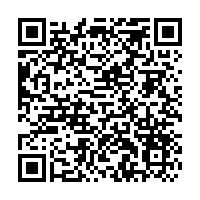