The number of newly infected Covid-19 patients has gone down this past week leading hospital heads in Jerusalem to express cautious relief given that their emergency Corona wards are already filled to capacity.

Some are wondering, however, what the winter – “flu season” – will bring. If the virus makes a comeback, will Israeli hospitals be ready?


Steve Walz, international spokesman for the Sheba Medical Center in Tel Aviv, told The Jewish Press, “All hospitals in Israel are waiting for the government to allocate money to cover the costs of specially-built corona sections.

“In addition, the Ministry of Health promised they would add money to the overall health budget to hire hundreds of additional doctors and nurses to deal with current and future crises, but there is no state budget to date, and so far nothing has happened. Without all of these funds and extra doctors and nurses, the entire medical system in Israel could collapse by the winter season.”

Rabbi Dr. Avraham Steinberg, a pediatric neurologist at Shaare Zedek Medical Center in Jerusalem and author of the Encyclopedia of Jewish Medical Ethics, told The Jewish Press, “The responsibility rests upon the Ministry of Health and the Government to create as many new Corona intensive care units as possible at this time. There is also need for more respirators and protective gear, and for more people to be trained in the use of respirators.

“If, Heaven forbid, these things are not taken care of now, and hospitals find themselves with a shortage of respirators and their operators, we will have to establish uniform rules of priority regarding which patient has the greater chance of surviving with the assistance provided by the available life-saving emergency equipment.”

He said a Public Health Commission under his chairmanship, prepared a brief on what to do in case of shortages. The Health Ministry has temporarily adopted it until a special committee of the Israel Chief Rabbinate releases a document it has prepared “which is awaiting the final approval of Sefardic Chief Rabbi Rav Yitzhak Yosef.”

The President of the Shaare Zedek Medical Center, Professor Jonathan Halevy, presented The Jewish Press with a more optimistic forecast:

“Shaare Zedek is working on a new 50-bed Corona Department so that we won’t have to requisition beds in our Internal Medicine Department come wintertime. Other hospitals are also adding to their existing Corona units, so I don’t think we will necessarily face a crisis, but we can’t be certain. We don’t have enough knowledge about the Covid-19 virus to be able to accurately predict how it will react in the winter.

“I can say with relative certainty that because of a respect for social distancing, and because many more people will be vaccinated against the flu as winter approaches, patients with the flu will not overcrowd our hospital wards and corridors this year.

“…at this point, we are expanding our Corona unit from 50 to 100 beds. Fortunately, Shaare Zedek has received a generous sum of money from the Government to make this possible. We are using the area where an old dining room was located, so we will not have to build a new wing.”

We asked some follow-up questions:

Are similar expansions taking place in other hospitals around the country?

Not in every hospital, but there are some.

What can you tell us about the shortage of doctors and nurses in the battle against Corona?

Indeed there is a shortage. I trust that the problem will be solved quickly. Hopefully, many retired nurses will agree to return to work to help deal with the emergency.

Also, there are many nurses who have recently graduated from new programs established by the Department of Higher Education. Some of them have not yet joined the work force because they didn’t receive the positions they wanted. We hope to persuade them to come forward and put their training to use. But, it is indeed likely that the shortage will continue, to one extent or another.

Are there doctors in Israel who don’t have jobs and who can be recruited?

There are many graduates of medical schools who haven’t found openings in the specialties they wanted. Not everyone who has concentrated on surgery wants to work in Internal Medicine or Geriatrics. But there are those who, given the circumstances, will agree to lend their knowledge and skills to the battle against Corona.

Have you heard when a vaccine against the coronavirus will be available?

I have no information of a secret nature. Groups in Israel are also working around the clock. A safe prediction would be that a vaccine will be ready by March of next year, maybe sooner.

The Ministry of Health informed The Jewish Press that winter preparations are being discussed on an ongoing basis by teams especially appointed by the Director General of the Ministry. 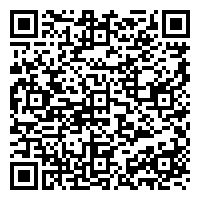