Moti Yogev served as a colonel in the IDF and Knesset Member for the Jewish Home Party for seven years. Considered one of the leaders of the Religious Zionist community, he also headed the Bnei Akiva youth movement.

When placed 11th on the Yamina list for the 2020 elections, he resigned from politics, maintaining that the leaders of the dati-leumi community had lost their way, placing personal ambitions above Religious Zionist ideology. The Jewish Press spoke to him about the ongoing division plaguing the Religious Zionist camp.


The Jewish Press: In light of Yamina’s dismal gains in Israel’s most recent election, and the subsequent coalition agreement that left Yamina out in the cold, how do you see the future of Religious Zionism?

Yogev: First, the Religious Zionist community was, and continues to be, one of the most influential forces in Israel’s growth and development in almost every sphere – from its ever-expanding network of Torah institutions; to its great contribution toward the physical and spiritual strength of the army; to its leadership role in settlement throughout the country and Zionist education; and to its presence in agriculture, commerce, hi-tech, and medicine – always with great mesirut nefesh for the betterment of Klal Yisrael and Medinat Yisrael.

But there has been a downfall in its political representation and power. From a potential 12 Knesset seats, we garnered only six in the last election. Our meager representation today in the government demands serious soul-searching on the part of the Knesset members who brought the Religious Zionist community to this all-time low.

Many people argue that religious MKs in Likud will look out for the interests of the dati-leumi community and that there is no need for separate, sectoral parties like Yamina.

I estimate that 50 percent of the dati-leumi community voted for Likud in the last election. This derives from a desire to participate and have a positive impact on all spheres of Israeli society. We want to be a part of the ruling government in order to infuse it with the spirit of Zionism and Torah. It also derives from disillusionment with the petty in-fighting and endless power struggles amongst dati-leumi Knesset members.

But there is no doubt that a strong and unified national religious party could benefit the dati-leumi community far more than a broad national party like the Likud, in which vital Torah concerns can get lost in the overall picture and secular worldview of the majority of its members.

In what areas, for example?

For instance, Religious Zionist education, which combines a commitment to Torah with its essential connection to Eretz Yisrael and the building of the nation in Zion. Also, regarding the sovereignty issue: It seems Bibi is determined to proceed with the Trump plan as is – meaning, granting the Arabs a Palestinian state in the center of Israel.

And it seems that several of the [religious] members of Likud are likely to cave in when Bibi pressures them to follow the party line “or else.” That scenario is far less likely to happen with a strong independent Zionist party that sits in the coalition alongside of Likud – to its right – and that believes that the Land of Israel is our eternal inheritance from Hashem, which cannot be chopped into pieces and handed over to an enemy.

But Mafdal, the original religious Zionist party, was often very wishy-washy on key decisions concerning ceding land to the Arabs precisely because it wanted so desperately to remain a part of the ruling coalition.

That, I believe, is one of the reasons Mafdal [no longer exists]. A whole generation of younger voters, raised on the strident Torah teachings of HaRav Tzvi Yehuda Kook regarding absolute Jewish sovereignty over Eretz Yisrael, disliked the lack of backbone in the party.

But guarding the wholeness of Eretz Yisrael [is not the only purpose of a dati-leumi party]. A strong Religious Zionist presence in the government can have far greater success in advancing the level of Torah observance in the state, in the IDF, and in the national secular and religious school systems.

Unfortunately, over the last decade, the political union of the country’s Religious Zionist community was dominated by party leaders who were not particularly religious, or not religious at all. This caused a lot of voters to stray.

So what’s the future of Religious Zionism?

I am optimistic. We need to unite the community by regaining its trust. This means to stand strong and uncompromising regarding our rights to all of Eretz Yisrael, even if that means arousing the displeasure of President Trump.

It means insisting that Shabbat is Shabbat on a national level, and it means safeguarding the values of Torah in all facets of Israeli society – in the IDF, the justice system, in our classrooms, and in the fight against immorality and the breakdown in traditional family norms.

Concurrently, a nationwide primary must be conducted, open to the entire Religious Zionist community, for the election of political leaders so that the bad air currently surrounding the movement can be cleansed and the ranks to renewal and change according to the will of the public can be opened.

Why would the existing leaders of the community agree to such an open election when it would jeopardize their jobs?

Precisely because of this obstacle, the initiative must come through a grassroots movement originating in the Religious Zionist community itself and not with its current political leaders.

Do you see yourself as one of the candidates?

For 50 years, I have striven to serve the nation of Israel in whatever capacity I could, and I will be happy to do whatever I can in the future to help raise the banners of Torah and Zion.

The Jewish Press also recently spoke with Baruch Gordon, founder of Israel National News and longtime commentator on the Religious Zionist community, on the same topic.

How would you summarize the present situation?

There are three talented political figures at the head of Yamina, which is sitting in the opposition for reasons no one seems to understand. The three are Bezalel Smotrich, Naftali Bennett, and Ayelet Shaked.

Betzalel was born and raised in the atmosphere of the Bet El Yeshiva where his father taught Talmud and Jewish thought. Betzalel grew up in the ranks of hardcore Religious-Zionist yeshivos and institutions and is clearly the most religious of the three.

Naftali Bennett, a graduate of Israel’s most elite IDF commando unit, lives in Raanana and represents Religious Zionist values in their most liberal form and, for better or for worse, that sector holds an important part of the national camp.

Ayelet Shaked – a declared non-religious woman whose father is from Iraq – has successfully led multiple grassroots initiatives and organizations before entering the political area. Shaked performed significant tasks in her career advancing both right-wing and religious values. Rav Chaim Druckman, head of the hesder yeshivos, said at one point that she is the Member of Knesset who had done more for the Hesder yeshivos than any other politician.

She also made huge advances in her term as Justice Minister in balancing the judiciary to represent more conservative values, and fell short of making a total revolution only due to Netanyahu’s hesitations and opposition to her initiatives. Today, Netanyahu would likely support those very same initiatives for judicial reform.

What about Rabbi Rafi Peretz, head of the Jewish Home Party, who split from his partners in Yamina to join the unity Government?

Rabbi Rafi Peretz ran an outstanding pre-military Torah academy and did some important things as Chief Rabbi of the IDF. However, in his political career, he has made a series of mistakes and lost the support of many Religious Zionists. I do not see him as having a future at the helm of a political party.

Moti Yogev says a great many people expressed their dissatisfaction with Bennett and Shaked by voting for other parties.

The main criticism against Bennett and Shaked is that their loyalty to a Religious Zionist party is known to be temporary, ever since they bolted the party in the second election of 2019 in an attempt to start a new rightwing, secular and religious party to vie for Likud voters. That attempt failed to pass the minimum threshold for entering the Knesset by a small number of votes.

As a result, they wasted the equivalent of almost four Knesset seats. Many Religious Zionist voters haven’t forgiven them and assume – not without reason – that the moment that Netanyahu steps down, the door will be open for them to enter the ruling Likud party in leadership positions, a door through which they will walk without hesitation.

Is the Smotrich, Bennett, Shaked trio stable enough to avoid a split in the ranks?

Up until now, they have worked together in harmony and with mutual respect. Smotrich is, however, the only one who really grew up on pure Religious Zionist values. In my opinion, in any political format that the Religious Zionist party takes in the future, Smotrich will emerge as the leader most loyal to the sector’s values.

Perhaps his most important task while in the opposition will be regaining the trust of Religious Zionist voters to fully support their own party in a future election rather than, out of protest and disillusionment, voting for charedi parties, Likud, or splinter Religious Zionist parties that have zero chance of passing the minimum voter threshold. 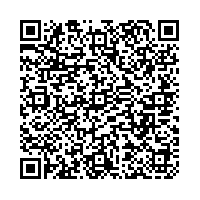