Texas pastor John Hagee has long been at the forefront of pro-Israel evangelical Christian activity on Capitol Hill through his Christians United for Israel (CUFI) organization as well as his generous contributions to a growing list of communal programs in Israel.


Hagee’s work has been lauded by prominent Jewish leaders in both the U.S. and Israel, from Conference of Presidents of Major American Jewish Organization Executive Vice Chairman Malcolm Hoenlein to Israeli Prime Minister Benjamin Netanyahu.

This week, Hagee and his wife, Diana, are being feted for their staunch support of Israel’s security and charitable needs at the American Friends of Meir Panim dinner at the Grand Hyatt Hotel in Manhattan.

The proceeds from the dinner will allow Meir Panim to put the finishing touches on the organization’s state-of-the-art Mortimer Zuckerman and Abigail Zuckerman Israel Nutrition Center, which will provide 30,000 daily meals to needy children and adults across Israel.

In an exclusive interview with The Jewish Press, Hagee expressed his love for Israel and his concerns about President Obama’s Middle East agenda.

The Jewish Press: What is your involvement with Meir Panim?

Hagee: John Hagee Ministries has been a longtime supporter of Meir Panim. Feeding the hungry is a core Christian mission. Thus, feeding the hungry of Israel is of special significance to us. You have been vocal in your support of Israel and the Netanyahu government. What are the challenges ahead for CUFI and your constituents?

CUFI stands with the democratically elected government of Israel no matter who is elected prime minister. But yes, I’ve known Prime Minister Netanyahu for many years and we have a strong friendship.

One of the challenges we are focusing on is pushing back against the effort by the anti-Israel crowd to turn evangelicals, especially our young people, against Israel. We are working diligently through our campus and young leadership outreach to bring the truth to the younger generation, by educating them about the biblical, moral and historical reasons all people of conscience must stand with Israel.

Do you believe President Obama’s foreign policy has Israel’s best interests at heart?

It’s no secret that I have deep concerns about the Obama administration’s approach to the entire Middle East and the world at large. These days our friends don’t trust us and our enemies no longer fear us.

Do you confer with Netanyahu on a regular basis regarding what you and CUFI can do to help Israel?

I have a close relationship with the prime minister and enjoy my conversations with him immensely. And he is among the many leaders and thinkers I deeply respect. But, ultimately, we in CUFI must contribute as we see most fit.

Which projects that you have contributed money to in Israel give you the greatest pride?

John Hagee Ministries has given over $80 million to Jewish and Israeli charities over the past thirty-two years. Since this interview is being conducted right before the Meir Panim event, I wouldn’t want to single out another charity above the others, but I will say that those that help children are especially close to my heart.

I have thirteen grandchildren, and thank God they have never had to worry about where their next meal would come from or if they’d receive the best medical care should they require it. No child should have to live with such questions or doubt and my church considers it a privilege to help those children in need.

What are your favorite places to visit in the Holy Land? 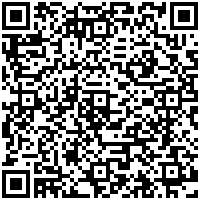