Becoming Frum: How Newcomers Learn the Language and Culture of Orthodox Judaism (Rutgers University Press) can be a source of information, fascination, or exasperation – depending on the reader’s point of view.

In it, Sarah Bunin Benor, an associate professor at Hebrew Union College-Jewish Institute of Religion, highlights those words and phrases that form the core of what some call “Yinglish” or “Yeshivish English.” For example, “I’m staying by him for Shabbos” or “He told over a dvar Torah” or “He brings down a Rashi from Bava Kamma from which he learns out….”


Benor spent a year living in a modern yeshivish neighborhood in Philadelphia, paying attention to how community members spoke and particularly how ba’alei teshuvah adopted Yinglish as they became more observant.

Becoming Frum was recently nominated for the Sami Rohr Prize for Jewish Literature.

The Jewish Press: Why do you think so many Orthodox Jews use phrases like “staying by him” when standard grammatical English dictates that they say “staying with him” or “staying at his house”?

Sarah Bunin Benor: I would say it’s because it’s become such an important marker of being frum. Even though most FFBs [those who are Frum From Birth] know it’s not standard English, it’s just such an important part of frum identity that they don’t want to get rid of it.

Some ba’alei teshuvah do avoid it, especially ones who have a very strong sense of what’s grammatically correct. But I’ve heard people say, “Oh, I don’t use ‘staying by them,’” and then proceed to use it. So sometimes ideology can conflict with practice.

Someone who recently visited New Square – home to Skverer chassidim – reported that middle-aged chassidim speak a better, or more standard, English than their children. Did you find differences among age groups in your research?

Yes, I have data to support that. At least as regards to using “by” [instead of “at” or “with”], it’s much more common among younger Orthodox Jews than older ones.

Among FFBs, [I think] it has to do with the trajectories of immigration. When children of immigrants speak English, they’re often careful to do so in a very standard way because they want to distinguish themselves from their immigrant parents and don’t want to sound like immigrants.

Children of immigrants, though, are more willing to sound distinct. It might be partly greater pride in their distinctive identity – or greater comfort in being American but also being something else.

What’s the motivation of ba’alei teshuvah?

To integrate into the community. I found people who know that “staying by them” is not standard but who pick it up because it’s part of the frum identity. In order to integrate, they decide to sound like they’re more frum.

But it’s definitely a tension within the community. Many parents of ba’alei teshuvah don’t want their children to sound like their own grandparents.

Aside from “staying by them,” what other distinctive phrases did you hear Orthodox Jews use in the course of your research?

One example is, “I want that you should see something.” Another is, “We do all that shtick to be misameach the chassan and kallah.” To “be misameach someone” doesn’t really work so well in regular English, but in Orthodox Jewish English, it’s very common….

You make it clear in the book that despite all the time you spent among Orthodox Jews and aspiring ba’alei teshuvah, you remain non-Orthodox and belong to a Conservative-like congregation. Nonetheless, having lived among Orthodox Jews for so long, did you find that you personally changed in any way or perhaps saw something particularly beautiful or truthful about Orthodox life that you weren’t quite aware of before?

I have to say that so far I’ve been unsuccessful at finding that same intensity outside the Orthodox community. I think when people don’t observe Shabbat on a regular basis in a halachic way, it’s very hard to have that sense of community because you don’t have the Shabbos meals and built-in going to shul [aspect].

Right now, in my own community, I’m making a push for Shalosh Seudos because I think that’s one way to get people together one more time on Shabbos.

How about the converse? Was there anything in the Orthodox community that disappointed you?

No. I mean, certainly I didn’t personally feel comfortable with the gender separation, but I wasn’t surprised by it because I knew about it [beforehand].

Your website features a Yiddish translation of portions of the popular 1964 movie, “My Fair Lady.” Have you made any recordings of it?

No. I’ve performed it at a few Yiddish cultural events over the years, but I don’t think it’s ever been recorded.

But it’s just a mini version. [I did the translation] using different Yiddish accents. In the southern part of Europe, [Yiddish speakers] said “shine” instead of “shein” [for the Yiddish word for “beautiful”]. You continue to hear that difference today. In chassidish communities – except for Lubavitch – you’ll hear “shine.”

That distinction [mirrors] the difference in pronunciation of vowels in Cockney and upper-class British English featured in “My Fair Lady.” So that’s where I got the idea to do that little play.

In Eastern Europe it was considered less intellectual. 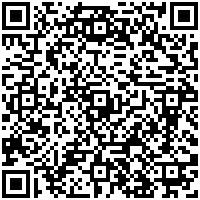