Husband and wife. Both Jewish. Both history professors. Both right wing. Both combat anti-Semitism on American college campuses.


“It’s very exciting,” Pollack told The Jewish Press. “We go to archives together – he’ll look at one collection while I’ll look at another. It’s great, we’re fighting the good fight.”

In 2007, Norwood and Pollack co-edited the Encyclopedia of American Jewish History. And last year, Norwood published The Third Reich in the Ivory Tower: Complicity and Conflict on American Campuses (Cambridge University Press) while Pollack edited Antisemitism on the Campus: Past & Present (Academic Studies Press).

Pollack recently spoke to The Jewish Press about her marriage, her activism, and her new book.

The Jewish Press: It must be pretty interesting being married to someone who works in the same field, writes on the same issues, and takes the same positions as you.

Pollack: It’s wonderful. We’ve even co-authored book reviews together. Each of us reads the book and then we get together, argue about it, and change each other’s point of view.

You teach at the University of North Texas while your husband teaches at Oklahoma University. How does that work?

I didn’t want to teach at the same university as my husband. I wanted to have my own identity. So I called around and found the University of North Texas, and I really love it.

Your most recent book concerns anti-Semitism, but you actually first dealt with this issue head-on as a graduate student at Columbia University, correct?

Yes, I was the architect of the American Historical Association (AHA) resolution on Jews and the slave trade. This was in 1995 after the Nation of Islam had come out with a book, The Secret Relationship Between Blacks and Jews, which claimed that the Jews dominated the slave trade. Of course, nothing could be farther from the truth. It was just chutzpah.

Basically they wanted to paper over the tremendous Arab involvement in the slave trade, which began in the 7th century and continued through the 20th century. I mean, Saudi Arabia only legally outlawed slavery in 1962, at which point it still had 100,000 black slaves. But all that is swept under the rug.

In what sense were you the architect of the AHA’s resolution condemning the Nation of Islam’s position?

I was only a graduate student, but no one would stand up and say that claim was libelous, so I picked up the phone and called the AHA. They said I’d hear from them by the end of May because the executive committee of the AHA only met twice a year.

I waited until the end of May but didn’t get a call, so I called up again and said, “Did you vote on the resolution?” They said, “Oh, it didn’t come up, we didn’t get to new business.” So I wrote to John Coatsworth, AHA’s president-elect, and informed him of what had occurred. He got on board, asked me to draw up a statement on Jews and the slave trade, and things progressed from there.

In the introduction to Antisemitism on the Campus, you write that anti-Zionism is nothing more than “born-again anti-Semitism.”

That’s right. I think anti-Semitism is being defined more and more narrowly so that almost nothing falls under that category.

Isn’t it possible, though, to be anti-Zionist without being anti-Semitic?

Of course – in theory. But in practice, it’s usually just a mask for anti-Semitism.

Why is anti-Semitism in the form of anti-Zionism tolerated on so many college campuses when racism and other forms of bigotry are not?

So Israel is supposedly white and aligned with the U.S. and therefore is bad, while the Palestinians are supposedly people of color and therefore are good. But people know nothing. When I go to Israel, I always tell people it’s the most heterogeneous society I’ve ever been in. But people are not interested in the facts. 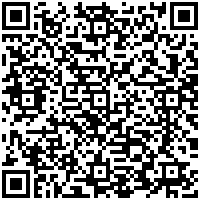