By day, 39 year-old Ziva Glanz guides major international investors through Israeli bureaucracy, helping them bring their projects to fruition. On Shabbat, she’s a rebbetzin, organizing tischin for up to 200 boys from the yeshiva where her bekeshe-wearing husband is a mashgiach ruchani or hosting roshei yeshiva from all over the world.

Glanz was raised in Passaic, NJ and made aliyah with her family when she was in 10th grade. Growing up in a frum home and attending day schools gave her a strong background, which she built on by enrolling in a completely Israeli school. “I was thrown in the lion’s den,” she recalled. “I had to lose the accent so as not to get bullied.” 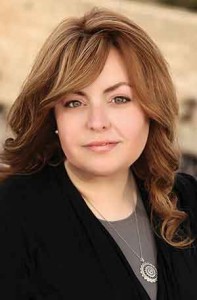 Although it took intensive effort to keep her head above water, she has no regrets. The experience “gave me the tremendous gift of Hebrew and understanding of Israeli culture and language,” she reflected.

After high school, Glanz studied Torah for two years in an Israeli seminary. She returned to New York and enrolled as a pre-med student at Stern College. For her junior year she returned to Israel where she secured an internship with the Hebron Fund that turned into a full-time job.

Noting that she was consistently drawn to organizational work, Glanz replaced medical school with a master’s in public administration. She worked in politics, serving as a liaison to English-speaking voters and coordinating Anglo campaigns.

Later, she accepted a position as director of a privately funded master plan for the Jerusalem metropolitan area. “No one had taken all the parts of Jerusalem and put them all together. Jerusalem had never had long-term planning and was very much behind the eight-ball,” Glanz elaborated.

The master plan looked at issues such as how roads around the city could be connected. Two years ago, the plan, supported by international investors, was finished. “This plan was a response to a lot of mistakes we made,” she noted.

As a result of her work with the Jerusalem municipality, Glanz became aware of a major weakness in the system. She quickly realized that given her Hebrew language skills and Israeli cultural fluency, coupled with her American background, education and experience, she was uniquely qualified to solve the unmet need.

Thus began her career as a “rainmaker” – someone who helps investment projects in Israel close successfully.

“There were companies that wanted to build progressive living environment here. Israel was uniquely situated as a First World country that builds cities from scratch and populates them in seven to 10 years,” she elaborated. Unfortunately, the project failed because of bureaucratic snafus, resulting in the loss of billions of investment dollars and the missed opportunity to increase Israel’s standard of living.

Sadly, this wasn’t an isolated case. “Disney wanted to build a Biblical theme park here. This was a huge problem. There’s no office to deal with them properly. My field came about out of a desire to help these projects not fall through the cracks. I help investors who want to bring major infrastructure projects to Israel.”

Glanz offers a unique service with zero competition. She helps her clients make Israel’s bureaucracy work for them instead of against them. Her company, Rainmaker and Associates, gets all its business from word of mouth.

“People want to invest here because property values in Israel only go up, not down.” Most of the investors she works with are Christian Zionists who are looking at profitability, and motivated by a desire to make an altruistic investment that helps Israel. Glanz was tired of seeing Israel lose these potential projects.

She is particularly enthusiastic about her current project, which involves doubling the size of Jerusalem’s major municipal cemetery. Before the establishment of the State of Israel in 1948, Jewish burials took place on the ancient Har HaZeisim. During Israel’s War of Independence, access was severed by Arab hostilities.

In response, a new municipal cemetery on Har HaMenuchot in western Jerusalem was established in 1951. When the Har HaMenuchot cemetery ran out of room for in-ground graves, it began burying Jerusalem’s dead in multi-level, above-ground structures. Glanz’s current project “will likely be the last [offering] in-ground graves in Jerusalem for at least two generations, if not forever.”

A significant percentage of her efforts are focused on combating bureaucracy, in order to make burial plots in Jerusalem available to those who are not Israeli citizens. “There’s a tremendous amount of clamping down on the whole issue of burials, and burials to foreigners, so these are really the last opportunities, because they are already in the pipeline, to have availability for foreigners to be buried in Yerushalayim.” For Glanz, this $80 million project has deep, personal significance.

“Four years ago, Glanz delivered prematurely and her infant son passed away. Part of her coping strategy was to “work tirelessly to create support groups for Jewish bereaved moms and to implement reform in how babies are buried in Israel.” Through that chesed work, she developed a network with Chevrei Kadisha and Israel’s national cemetery authority.

“After two years of doing it as chesed, the investors for this [cemetery] project came to me and all those connections ended up being invaluable. This shows how, even in our hardest times, Hashem is setting us up for what we need to accomplish in life,” she reflected.

In addition to her career and her rebbetzin role, Glanz and her husband have five children, ages two to 15. She explained, “I’ve always been an organized, people person. Some people have dreams. My dreams have me. I am very driven by a need to accomplish what I need to accomplish in this world, in the time that I have.

Her days are structured. An hour in the morning is spent running a group for Jewish bereaved mothers. A second morning hour, she works on an achdut project she calls “geula Judaism.” She’s in the office until 4pm and with her family until 8:30pm. Then she returns to work, sometimes until 2am. “I don’t do hobbies. I’m not the person you’re going to find doing needlepoint,” she laughed.

Still, something has to give. “I don’t sleep enough,” she admitted. “I’m not good at taking time to nurture myself. I’ve come to realize that I need to be more of a priority.”

As a charedi woman working at the highest professional levels, Glanz knows she’s an anomaly. “I try to enlighten [people] and explain that, in the charedi community, Jewish women are seen as superheroes who work and raise children and keep clean homes. Very quickly, they are disarmed and realize that I’m talking to them as a normal person and all the walls fall away,” she noted.

At the same time, she has faced her share of glass ceilings. “If it wasn’t for the fact that I was charedi and female, I would have ten-fold more opportunities,” she asserted.

Nevertheless, she recognizes her many brachot. “It’s a full life, Baruch Hashem, and I love what I get to do to help Eretz Yisrael and Am Yisrael.” 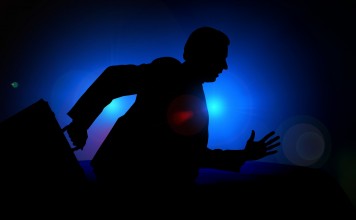 Finding Peace In A World Of Stress – Soul Talk [audio]