But what really gave me pause was the question Mr. Fagin posed to himself, and to all of us, about what Religious Zionism means today to those of us who live in America.

I have not stopped thinking about that question and what my answer is, or should be.

Dr. David Mandel’s Oct. 20 op-ed (“Stephen Paddock Gives Mental Illness a Bad Name”) rang so true to me, the mother of a wonderful child who suffers from a (mild) form of mental illness.

My child, and the hundreds of children and adults like him whom I’ve met over the years, are gentle, caring souls who never in a million years would hurt a fly, let alone massacre dozens of innocent people.

The Las Vegas shooter may have been disturbed, or angry, or depressed, or perhaps he suffered from a combination of those maladies, but none of that necessarily means he was “mentally ill.”

Thank you, Dr. Mandel, for educating people about the reflexive, and often unfair and inappropriate, application of terms such as “mental illness” to the monsters who commit unthinkable crimes.

The last sentence of Saul Jay Singer’s Oct. 20 Collecting Jewish History column reads: “Many commentators argue that even if a Jewish seat did once exist, it effectively came to an end when Clinton nominated a second Jewish justice to sit with another Jew on the court.”

This seems to contradict the well-known fact referred to earlier in the column that the terms of Brandeis and Cardozo overlapped for six years. If anything, the notion of a “Jewish seat” seemed to end when Justice Fortas resigned and wasn’t followed by another Jew for a generation – until Justice Ginsburg was appointed more than two decades later.

Nevertheless, I sing the praises of Saul Singer, whose columns are always fascinating and informative.

Saul Jay Singer Responds: Rabbi Reichel’s difficulty may be harmonized as follows: A “Jewish seat” does not necessarily mean one that is held by a Jew in perpetuity but, rather, one that has a continuing history of being occupied by a Jew over time. Thus, for example, I don’t think anybody ever understood a “Massachusetts seat,” to which Justice White refers in his correspondence to me, as being eternally occupied by a Massachusetts judge.

President Hoover’s appointment of Cardozo – who, by the way, besides being Jewish was the first Hispanic justice (not Sotomayor, as everyone seems to think) – to serve with Brandeis clearly was not a continuation of a “Jewish seat” because Cardozo replaced Justice Oliver Wendell Holmes. Rather, the appointment began a streak of four consecutive Jewish justices that established the basis for an argument that such a seat exists.

I think the commentators I mentioned mean that if indeed there ever was a Jewish seat, it effectively came to an end not when Nixon appointed Justice Blackmun, a non-Jew, to that seat but, rather, when Ginsburg was appointed to fill White’s “non-Jewish” seat. Though unoccupied for many years, the so-called Jewish seat could have arguably been filled again in the future by a Jew but, as the commentators I cited would have it, when Justice Ginsburg was appointed to serve as a second Jew on the court, any reasonable argument regarding the existence of a specifically Jewish seat was effectively terminated.

In any event, I thank Rabbi Reichel for both his interesting comment and his praise.

Arms And The Constitution

In his Oct. 13 op-ed, “Gun Safety Is Our Issue Too,” Dr. Michael Salamon wrote: “What we need to understand is the push by some to justify owning weapons as an American ‘right.’ ”

Actually, it is our right. In District of Columbia v. Heller the Supreme Court ruled – after analyzing the text “the right of the people to keep and bear arms, shall not be infringed” – that the Second Amendment to the U.S. Constitution confers and guarantees an individual’s right to possess a firearm for lawful purposes.

As for the controversy over “assault weapons,” it’s ludicrous to think that our founders never anticipated advances in firearms beyond the flintlock musket. Weapons were rapidly evolving during their lifetimes, and were usually in civilian hands first. The founders intended for citizens to own the most advanced weaponry, which is why no limits were placed within the amendment. The clear inference is that the Founding Fathers would not have objected to citizens owning assault weapons. Actually, they would have encouraged it to ensure the citizen militia was not outgunned.

Advanced weaponry first appeared on the commercial market, with the military being late adapters. During the Civil War, at their own expense, soldiers bought repeating rifles. Spencer, Sharps, Henry, and Winchester repeating rifles were available privately while the U.S. Army was still using the rifled musket. At Little Big Horn, Custer’s men were armed with the single-shot, breech loading “Trap Door” Springfield; Indians owned a mixture of repeating rifles. The U.S. Army did not adopt a repeating rifle until 1894.

Possession of artillery by private citizens was commonplace at the time of the ratification of the Bill of Rights. During the American Revolution and the War of 1812, the United States relied on privateers, privately owned ships crewed by civilians, for most of its sea power. The ships were not subject to military discipline or command and they sold their captures for profit. These ships, and indeed most merchant vessels of the time, carried several cannons. It would be safe to say that at the ratification there were more cannons in the hands of civilians than held by the U.S. government.

When Richard Gatling produced the eponymous Gatling gun it was made in a privately owned factory, not in a U.S. Armory. They were available for sale to the private citizen.

The idea that government has the right to forbid ownership of a specific type of weaponry is new and dangerous. It is a trend foreign to the philosophy of the Founders and to our nation’s traditions.

History has proven that an unarmed (or an under-armed) populace is wholly vulnerable to a tyrannical government. The people need a way to keep their government in check. For that purpose, the Founding Fathers provided the Second Amendment.

There’s a concept brought down in Eruvin 31 that “mitzvos lav lehenos nitnu” – mitzvahs were not given for pleasure. Yet Rashi explains that when God told Avraham to go from his land, it was “for [his] benefit and for [his] good.”

Did God perhaps negate the rule of mitzvos lav lehenos nitnu here? Because the Torah makes it clear that Avraham gained pleasure from obeying God’s command.

Perhaps it can be argued that “Lech Lecha” is a command but not a “true” mitzvah, since it is not counted as one of the 613 mitzvahs. But any command from God likely falls under the rubric of a mitzvah.

It’s been suggested that it’s the eternal reward for a mitzvah that gives one real pleasure. Yet here God is guaranteeing great wealth and fame to Avraham in this world for leaving his birthplace.

Maybe God was giving “counsel” to Avraham. There’s a midrash that says that at a very young age Avraham discovered God as one sees a light burning in a castle and is drawn to it. Avraham had the imagination to see God when and where no one else could.

He also defied the world order at the time by abstaining from idol worship – while at the same time he welcomed the world to convert under his auspices.

Perhaps the lesson from Avraham is that if you recognize God clearly, show unbridled love to the Creator, and strive to bring the masses closer to Him, you gain a great “Adviser.” Due to their “friendship,” God counseled Avraham to begin a journey that would bring him wealth and fame.

May we all strive to mimic the actions of Avraham and thereby become “peers” with the Wondrous One, who can then put us on the path to securing wealth and fame.

Editor’s Note: Mr. Genack is the founder and editor of www.aishhaolam.com. 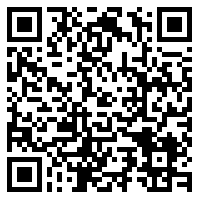