[Editor’s Note: We received numerous letters from the LGBT community protesting an op-ed which JewishPress.com recently published (Torah Values vs. “LGBT” Agenda). Nearly all of the letters demanded that the author’s voice be silenced and his article taken down – each with its own reason why. The letter below was nearly the only one that did not demand the article be completely removed and the author silenced for expressing a viewpoint they disagreed with.]


Hiding safe behind his own “anonymity” the author of this article (Torah Values vs. “LGBT” Agenda) publicly trashes two other yiddin by name (one an Orthodox Rav). I am even more in shock that the paper allowed this a day before Yom Kippur. The negativity directed toward others in that anonymous piece is needless, pointless, and only serves to ruin hundreds of already vulnerable youths’ Yom Kippur.

As the director of JQY I am certainly an advocate of the “anonymous” author publicly sharing his feelings about himself, and his hopes, fears and dreams. We all are different. It is important for people to hear everyone’s story, and everyone should feel validated for their journey. However, there is neither a need or any purpose in including negative rhetoric, personal attacks or suggest malicious intent about others. You do not need to shame others in order to tell your story!

The only reason both Chaim and Rav Levine’s names were used in the article was to speak disparagingly about them and to embarrass them.

This was an obvious and direct attempt to apply stigma and pressure onto Rabbi Levine. The author is neither a reporter or someone who’s story can be verified. No context is even offered to explain Rabbi Levine’s shiur or decision. In fact the author remains anonymous and insists on protecting his own confidentiality as he names the names of other people to shame! This is simply despicable, and absolutely hallachically and hashkafically wrong…AND ON THE DAY BEFORE YOM KIPPUR!

In Yehadus to shame someone publicly is likened to murder. To shame a whole group of people by publishing Motzie Shem Ra about them is unforgivable. Why does the author insist on speaking negatively about the members of this group and community? Does someone else marching in a pride parade or identifying as gay hurt HIM? He never cites an incident where he was silenced or shamed for his feelings, because at JQY he never would be!

The truth is, at JQY (Temicha) there are many people who decide not to march in parades. They are never made to feel bad. In fact at JQY there are many people who do not identify as “gay” and may be in forms of therapy to explore living heterosexual lifestyles. Sexuality exists on a spectrum and sometimes has innate fluidity; how could we ever make someone feel bad for wanting to lead a hallachic life? Most of us wish for that! We would never shame anyone for trying. The author should be proud of his commitment to Hashem. In insisting on his own anonymity, it is he, not us, who seems to be insecure with his decisions and life choices.

We certainly would never silence him! In fact, on the contrary, we sometimes include celibate, heterosexually married and Jews in conversion therapy on our JQY panels and educational initiatives. At JQY our goal is health and well being. We would never make anyone feel bad about their choices. Our only rule is not to harm or attack others.

It is never my wish to silence anyone. So I actually do not think the article should be completely removed. I ask the “anonymous” author to re-write the article, and focus on himself and his wishes and desires, without bad-mouthing others in the process. Furthermore, if he chooses to keep his name confidential, than he should at least extend the same respect to other Jews.

Especially on Erev Yom Kippur, I think this is a reasonable request. May we all work to build each other up and not to tear each other down. 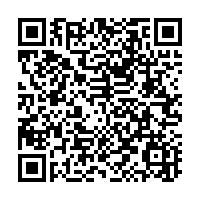