A person had slipped and fallen on the ice and now lay dangerously in the middle of the street, in the heart of Boro Park, on erev Shabbos. I was at a red light across the street, stuck behind another car. As I waited in anticipation for the light to change, I prayed that one of the dozen (or more) motorists who drove right by her would stop and offer assistance.

I and the motorist in front of me were the only ones to stop to help this person. It turned out that she was indeed injured, and an ambulance immediately transported her to the hospital.

Then it hit home: How selfish and insensitive can people be? Those uncaring motorists could have hit her while she lay in the snow, unable to get up. I ask them: Would those few minutes to stop and call for help for an obviously injured fellow Yid have made a difference in your erev Shabbos schedule?

And to the person who had the time to pull up behind me and get out to scold me about why I ‘didn’t park like a mentsch,’ I apologize. I was busy preventing further injury to someone who might have been a member of your own family (which you could have ascertained if you’d taken the time to walk over and see for yourself). Shame on you!

Where Are The ‘Leaders’?

While it has become disturbingly commonplace to witness the capitulation emanating from the Sharon government as it prostrates itself before terrorists, the silence from our own American Jewish leadership is deafening.

Where is the outrage and the rallying cries from these so-called Jewish leaders in the face of the administration’s double standards regarding concessions demanded of Israel – specifically, the administration’s push for Israel to release jailed terrorists, coupled with its demand that Abbas arrest the killers of U.S. contractors. In other words, Palestinian Arab terrorists who kill Jews should be released, but Palestinian Arab terrorists who kill American contractors should be incarcerated.

While Condi is beside herself with joy at the newly elected “democratic statesman” Abbas, she sternly warns her Israeli friends to prop up the new PA leader with all sorts of goodies – and this while Abbas refuses to dismantle the terror webs. Why are our Jewish “leaders” silent?

It gets worse. Our Jewish leaders apparently are not bothered by the price that needs to be paid for “peace” – namely, slicing up Israel in order to hand the Palestinian Arabs (who are in fact a conglomeration of Jordanians, Syrians, Egyptians etc.) a contiguous state. Does this not ring alarm bells for our “leaders”?

The U.S. administration takes a substantial portion of its cues regarding Israel from the Jewish lobby and its attendant leadership. If our Jewish “leaders” are apathetic or support all manner of Israeli concessions, why in heaven’s name should we expect anything different from American officials?

These “leaders” are for the most part afraid to make waves. Leaders have no right to claim the prestige and perks that come with their titles if they put everything else before their sacred mission.

In spite of the best efforts of The New York Times and the Bush Administration, there is no evidence that the goal of Mahmoud Abbas are any different from the goal of Yasir Arafat to destroy Israel “in blood and fire.”

What is different is that Abbas is clean shaven, much better dressed and infinitely more shrewd than Arafat. Realizing that the gangs of terrorists he commands and those he is allied with can never defeat Israel in open warfare, Abbas has adopted the tactics of Sun Tzu, the 4th Century BCE. Chinese war lord and military strategist to defeat a much stronger Israel. One of Sun Tzu’s cardinal lessons is that “the supreme art of war is to defeat the enemy without fighting.” That is why Abbas will temporarily suspend the killing, say the right things and smile a lot.

Ariel Sharon has prevented his armed forces from defeating a much weaker enemy and is blindly participating in the “negotiations” scam. Sharon will risk civil war and the destruction of the morale of the army and his nation by ethnically cleansing more than 8,000 Israeli citizens from homes and farms that will all be turned over to the terrorists to establish a new front in their war against a shrunken Israel.

The best allies Mahmoud Abbas has are Ariel Sharon and the anti-national, anti-Zionist elites in Israel and America who support him.

As history has shown, peace summits can easily come to an abrupt end. During previous talks, Israel had to be the compromiser, while Arafat would reject every offer. After four years of bloody terror, a harder line can be expected from the Israelis. Land for peace has failed to materialize in the past, and there’s no reason to believe it will be otherwise this time. That is why more pressure must be put on Israel’s neighbors with regard to the Palestinian refugees.

After decades of allowing Palestinians to fester in refugee camps, Arab states must be the first to alleviate the suffering of their Palestinian populations. Jordan, whose population is 60 percent Palestinian, can transfer swaths of its land mass to a future Palestine. Egypt can do the same in the Sinai to allow the crowded Gaza Strip some breathing space. In Lebanon, home to nearly a million refugees, the occupying Syrians can grant Palestinians citizenship and access to labor, something denied to them for decades.

Israel cannot and must not always be the one to make the most painful concessions. Should Israel turn back to the 1948 Auschwitz borders or allow millions of Palestinians to settle inside its borders, it would spell the end of the Jewish state. This time, the Arab states should be the first ones to make a grand gesture, and land for peace on their part would only render a future Palestinian state more viable, something in everyone’s best interests.

As Brooklyn College faculty members, it encouraged us to read that Provost Roberta Matthews (“A Lesson from Israel in Higher Education,” op-ed, Jan. 28) used a trip to Israel to discover the reality of the ‘country’s ongoing security issues.’

Since her installation as provost, Ms. Matthews has embraced a different reality, having:

* urged all Brooklyn College professors to dismiss their classes to attend a ‘teach-in’ on Middle Eastern affairs that contained no known supporters of U.S. or Israeli policy in the region;

* promoted a ‘global studies’ curriculum, a faddish approach that the Middle East Studies Association championed at its annual conference as a way of repackaging the organization’s well-known anti-Israel bias;

* appointed to a curricular initiative that claims to teach students about American democracy the faculty co-chairs of the ‘Current Events Committee,’ one of whose members boasted, in writing, of the committee’s unwillingness to sponsor ‘pro-Israel’ events;

* supported displacing from the Student Government members of the school’s predominantly Jewish political party, an action that violated college rules and that President C.M. Kimmich was forced to annul.

No public relations offensive can undo the very real harm of these policies in denying Brooklyn College students an objective portrayal of matters relating to Israel.

The Feb. 11 column by Rabbi Mordechai Weiss – ‘Let’s Stop Making Excuses for our Kids!’ – contained a few valid points, but I found it irritating. The valid point is that children need to be taught responsibility, which includes accountability for their behavior. Other statements elicited gut reaction, prompting me to write this letter.

There is a blanket statement that kids who are identified as misbehaving are always wrong (my paraphrase). The majority of mechanchim are honest and dedicated people, and I will not assault their character. However, misbehavior is almost always symptomatic, and it is not an indication that the child is bad. Rabbi Weiss referred to ‘remonstrating.’ Discipline is achieved by collaborating in setting rules, and showing the students how to follow them. Unfortunately, most schools approach this responsibility as a mandate to ‘punish.’ This is doomed to fail. There is no excuse for financial ‘fines,’ and too many suspensions and expulsions are questionable.

We recently read in Parshas Yisro that Yisro was most impressed with the fact that the miracles at the Yam Suf were based on ‘Ki badovor asher zadu alayhem,’ which according to Rashi means the Mitzrim were punished ‘midoh kineged midoh’ – the punishment fitting the crime.

The goal of giving a student a negative consequence is to teach, not to avenge a wrongdoing. Expecting that any other punishment will result in the learning of a negative association is wishful thinking. Many students learn that financial punishments are greed-based and directed at the parent, and that expulsions are rejections and expressions of rage. Until we can communicate a different message, we are not fulfilling our task as mechanchim.

The examples Rabbi Weiss used in his article are clear instances of midoh kineged midoh, and bear little resemblance to current applications of discipline. A valuable step before turning away some blaming fingers from schools would be to re-examine whether the discipline follows the midos of HKB”H that were are expected to emulate.

I was horrified to read that the drug busts and other horrific events are solely the ‘blame’ of the kids and their parents. I find a single attribution of blame to be grossly irresponsible – even if it were directed at schools.

Rabbi Weiss makes a valid point in noting that parents sometimes defend their children inappropriately and are guilty of denial. But to conclude that school discipline is the answer is beyond unjustified – it is a carte blanche that is often used inappropriately.

For several years I have been leading a weekly meeting (one of many) for Mothers and Fathers Aligned Saving Kids (MASK). Parents are able to address their denial, anger, and frustration with their children, communities, and schools. Most arrive at the door full of self-blame, and many are thoroughly bashed. They have rested at the foot of blame for too long.

Much of the progress in the youth-at-risk movement has come from eliminating the targeting of parents while not absolving them of their responsibility. MASK has been at the forefront of this issue for the past eight years, and through their efforts parents have taken off their masks and assumed responsibility for their roles – and stopped making excuses for their kids. They learn how to handle them.

Bashing parents is neither truthful, nor effective, nor acceptable. We need to partner with them to best help the children. As has been said, it takes a village. Let us all remove our masks and face our roles and responsibilities. 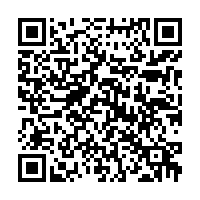