This Shabbos marks the first yahrzeit for the four Seidenfeld children of Teaneck who perished in a fire. Philyss Seidenfeld, the mother of the children, has requested that as many individuals, communities and shuls as possible learn on that day in memory of the children and as an aliyah for their neshomos. The children’s names are Aryeh Lev ben Avraham, Noach Simcha ben Avraham, Natan Yekutiel ben Avraham, and Adira Emunah bat Avraham.

It has been my privilege to learn with Philyss throughout this year of aveilus and to have benefited from her unshakeable emunah. As Philyss would say, it is no coincidence that the yahrzeit falls on Shabbos Parshas Zachor. We – the Jewish community in Teaneck and worldwide – need to remember and use that memory to further our spiritual growth.

Whenever I read Professor Lous Rene Beres’s columns in The Jewish Press I become better informed about certain facets of international law and the various threats Israel faces.

Professor Beres’s Feb. 24 column stood out in its immediate urgency. Of course most of the civilized world is well aware of Iran’s genocidal intentions toward Israel. Professor Beres, however, delineated not only the international justification for a preemptive Israeli strike but stated without hesitation that the time to do so is now.

No serious lover of Israel – or anyone who cares about the fate of world Jewry – would dare argue with Professor Beres’s warnings. Unfortunately, I am not at all convinced that Israel’s leaders have the moral fortitude or political will to do what must be done. If I ever wanted to be wrong about anything, this is it.

I was fascinated by the article written by two young girls describing a “Day at Nishmat Shana B’aretz Program” (“The Learning Experience In Eretz Israel,” Feb 3). I had no idea that there are seminaries that teach Gemara to girls. They actually call their study hall a “beit midrash” and they, quote, “break their heads” over short sugyas in Masechet Baba Batra. The girls go on to write about how they “struggled through the Aramaic text” and how, after about two and a half hours of studying a particular section (one and half hours with the maggid shiur), they were “utterly confused.”

I too am utterly confused. Why in the world are girls learning Gemara? Are they planning to become dayanim or shochtim? Most telling in this narrative of a day at Nishmat Shana was the time devoted to tefillah. From 8:00 to 8:30 they davened and ate breakfast and by 8:30 were in class to start Mishnayot. So how much time was relegated to tefillah? 15 minutes? Twenty?

I don’t know what the future of these girls will be, but I can guarantee that wherever life takes them, nothing in the world will be more important to them than tefillah. How sad that that which is most attainable and of real significance is relegated to a mere 15 minutes. But Gemara, which is not the domain of women, is given priority. A mixed-up world indeed.

Perel Olen
Brooklyn, NY
Nothing Wrong With Cruises And Hotels

Rabbi Moshe Shochet asks how a community that is short on yeshiva funding can afford kosher cruises and splendid hotels (Letters, Feb. 24). Instead of accusing patrons of kosher cruises and luxury hotels of having misplaced priorities, let us assume that they have already given the required ten percent of their income to tzedakah. We all agree that harbotzas haTorah is the greatest reward, but after we have given our maximum to tzedakah, tuition, food, and household bills, are we not deserving of a little respite from our daily chores?

Approximately 800 years ago, a rabbi named Benjamin of Tudela rivaled Marco Polo as he left Spain, traveling as far as India. Sometimes I wish I could afford to see the beautiful synagogues of Bombay and Cochin. Unlike the legendary traveler, not only would I have the luxury of kosher hotels and restaurants on my journey, but the cruise ship at my disposal would feature Torah lectures, inspiring cantors, and daf yomi classes!

As a college student, I can only dream of having the income to spend on circumnavigating the globe on a kosher cruise. Just because some members of our community can afford to take kosher cruises does not mean they’ve forgotten their religious priorities. The fact that we are living in exile does not mean we have to remain stuck within the borders of our neighborhoods.

With Purim almost here, we are all preparing mishloach manos for delivery to family, friends and neighbors. Yesterday my husband and I were shopping in one of the larger supermarkets in the area and were bombarded with the most lavish displays of gift-wrapped packages selling at obscenely high prices.

In our local grocery stores we always see so many young women with 5, 6 ,7 or more children in tow. These large families are beautiful, but what’s not so beautiful is the scene at the registers when they pay for their items with food stamps and other governmental assistance.

So tell me, who are the expensive decorative chocolates – swans on a bed of coins, music boxes, clocks, vases and trays – for? When money is so tight in so many families and people are struggling just to keep afloat, can anyone explain the justification for these ridiculous and totally unnecessary expenditures?

Would it not be so much more worthy of the mitzvah to take the difference between the costs of the extravagant items and those of more “balabatash” mishloach manos and distribute the money where it’s really needed?

Please, let us all rethink what is really important – impressing the neighbors with a bunch of designer chocolates and candies wrapped to the nines, much of it thrown out before Pesach, or making a true and proper Purim festival possible for the needy families in our midst?

A freilicha Purim to all.

Reader Daniel Hagler, in his letter of Feb. 24, attempts to contradict Dr. Yaakov Stern’s enlightening insight (Letters, Feb. 10) into the crazy idea of organic evolution by “point[ing] out that the ordered system on which evolution is based is the fundamental ordered system of the universe itself.” He further states that “evolution works like a ratchet – i.e., it can go easily in one direction but it’s much more difficult for it to go back.”

On one point, at least, Mr. Hagler is correct: all processes, whether physical, chemical or biological, find it easy to go in one direction, but virtually impossible to go (unaided) in the other. The problem for Mr. Hagler, however, is that the second law of thermodynamics makes it absolutely clear that he has gotten his directions mixed up. Systems left to their own devices tend toward chaos and decay. There is an excellent video presentation on this whole issue by Dr. Duane Gish (Ph.D. Biochemistry, University of California at Berkeley) entitled “The Origin of Life,” and available through

Having started off on such seriously wrong footing, it is no wonder that the rest of Mr. Hagler’s letter goes so woefully astray. As does a contribution on the same letters page from David Fass, wherein he voices his disdain for Amnon Goldberg’s very fine letter of Jan. 6.

I must say that as a “scientifically literate reader” I do not agree with Mr. Fass’s assertion that the evidence in favor of the phenomena listed by Mr. Goldberg is “of the most dubious possible character.” Sorry. Amnon Goldberg is extremely well-read in this area (I have featured some of his writing on my own website) and his efforts certainly highlight to me, at least, that the fear of the Almighty is the beginning of wisdom (Psalms 111:10, Proverbs 1:7, 9:10).

In his latest attempt to defend evolution, David Fass makes a mistake in logic by mixing up two separate issues and conflating them into one: the age of the universe and evolution (Letters, Feb. 24). They are separate issues. The first is rooted in science, the second in secularist thought and culture and is part of secularist pseudo-religion.

Further, Mr. Fass seems to have no real understanding of science and the scientific method. He seems to accept as near holy writ theories that are highly speculative and have their source not in unchallenged, irrefutable evidence but in the need to find some alternative to traditional religious belief and in the need to pose an alternative to religion. He certainly seems to have no idea just how tentative all science is, even the most rigorous of sciences. This is the strength of science – nothing is set in stone. To make metaphysics out of physics is intellectually offensive and foolish, and it is bad science.

Does Mr. Fass really know what is meant by “evolution”? It is not one idea, but a collection of ideas, theories, speculations, assumptions and preconceived notions. Parts of evolution are religiously inoffensive, but these are the parts that are demonstrably true. The parts that seem to threaten religion and to which secularists will hear no challenge are the parts that are almost entirely nonscientific.

Much of the latter cannot be proved or disproved and by accepted scientific standards is not science at all. A lot of it is teleological. These are cultural expressions of modern society and are antithetical to Torah. Many scientists will accept these cultural expressions because scientists are only people and are part of modern society and its culture, but that does not make these ideas “proven” – only “accepted.”

At one time every scientist accepted the idea that the earth was flat. Moreover, one aspect of evolution – the idea of survival of the fittest – is a 19th century idea that was partially responsible for the Holocaust and the two World Wars.

Regarding evolution, Mark Twain’s remark on 19th century science in general is particularly appropriate: “There is something fascinating about science. One gets such wholesale returns of conjecture out of such a trifling investment of fact.” 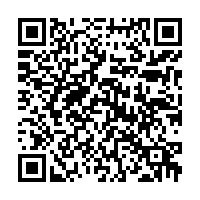