No Humane Treatment For Terrorists

Rabbi Eliyahu Safran’s “All Part of the Whole: The Value of Each Life” (op-ed, Aug. 29) was excellent, but I must take issue with onething.

Rabbi Safran quotes an Israeli soldier about how he and his unit saved the life of a terrorist who moments before had tried to kill them. Rabbi Safran considers this laudable. I don’t see it that way at all.

Our sages tell us, “If someone comes to kill you, rise up and kill him first.” Instead of treating and possibly healing this terrorist, they should have killed him so that in the future he would not kill any Jewish soldiers or civilians. The terrorist by his actions has lost the right to be treated in a humane manner.

Our rabbis also teach us that “Those who are merciful to the cruel will end up being cruel to the merciful.”

This, by the way, is quite different from and does not apply to the field hospital the IDF set up to help wounded Arab civilians.

Disarming Hamas The Only Hope

Aaron Klein (Quick Takes, Aug. 29) notes that “Hamas has between 4,000 to 6,000 long-range rockets remaining in its arsenal.” That frightening fact, which is too often ignored by the mainstream news media, makes it urgent to insist on international actions to disarm Hamas.

There are important precedents for such international action. For example, as part of the British-Irish peace process, the Independent International Commission on Decommissioning was created to ensure that the Irish Republican Army gave up its weapons. British Prime Minister Tony Blair delayed completing the withdrawal of British troops from Northern Ireland until after the commission’s verification that the IRA had destroyed or surrendered all of its weapons. It was not until nearly two years after the final confirmation of the IRA’s disarmament that the last British soldiers withdrew.

A more recent precedent for disarming a rogue regime is Syria. The Obama administration announced on August 19 that it has finished destroying all of Syria’s known chemical weapons. Syrian dictator Bashar Assad did not surrender those weapons out of the goodness of his heart. He did it only after he was cornered and completely isolated by the international community. The administration and its allies were (belatedly) threatening military action. Russia was no longer willing to stand with Syria against the world on this issue. Assad had no choice.

The same should be done to with Hamas’s thousands of rockets and many other weapons. Disarming Hamas is the only hope for achieving a durable peace between Israel and Gaza.

Anti-Israel Pandering At The NY Times

While you describe how the New York Times published, unbelievably, an article on the unverified claims of a Palestinian boy (“There She Goes Again,” Aug. 29), the Times also egregiously pandered to anti-Israel sentiment by running Antony Lerman’s lengthy tirade against liberal Zionism on Aug. 24.

Lerman aligned himself not with moderate leftist Zionist organizations such as J Street but with rabidly anti-Zionist groups, namely Jews for Justice for Palestinians in Britain, Independent Jewish Voices in Canada and Jewish Voice for Peace in the U.S. They pose as the major opposition to Zionism in their respective countries when, in fact, they are small, fringe groups.

The first has 1,900 members, according to its website, out of 270,000 Jews in Britain; the second had 245 members in 2011, according to Canadian Dimension magazine, out of 360,000 Jews in Canada; the third has 130,000 supporters, according to Prof. Steven Cohen of Hebrew Union College, out of more than six million Jews in the U.S. Their numbers are rounding errors compared to the Jewish populations of those countries. 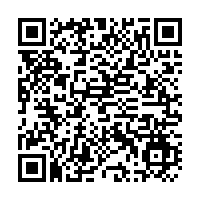