Fay Kranz Greene’s marvelous tribute to her father made my Chanukah (“My Father’s Maoz Tzur,” op-ed, Dec. 11). What a wonderful way to share a glimpse into what obviously was a very warm family life in 1960s Brooklyn.

It was an extra treat for me to read the caption of the family photo and see the names “Avrohom (Fried) Friedman” and “Rabbi Manis Friedman” and realize that Mrs. Greene’s family is an illustrious one indeed.

Torah Is For All Jews

Reader Gerald Deutsch (Letters, Dec. 11) identifies himself as a Reform Jew who does not believe God gave the Torah to Moses.

What this shows is the phenomenal damage the Reform movement has done to the Jewish nation. There is an impression among many Jews that Reform is a legitimate subset of Judaism that allows its adherents to believe or not believe whatever parts of the Torah they choose – or to not believe in the Torah altogether.

To the best of my knowledge the Torah was given to all Jews, without exemptions or exclusions. The idea that following the Torah is a matter of interpretation is pure nonsense. When the Torah says, more than once, you shall not light a fire on the Sabbath, it says so in plain, simple language, no interpretation necessary.

Reform Judaism is not a license to deny the Torah. It is Jews shrugging off their responsibility.

President Obama is making a very grave mistake. There is no way our government can learn about the true nature of each Syrian refugee.

Syria is in the midst of bloody civil war during which more than a quarter million lives have been lost. The Syrian government, with the help of Iran, Russia, and the terrorist group Hizbullah is fighting tooth and nail against a variety of rebel forces ranging from a pro-democracy army to various Islamist armies including ISIS.

There is no way even an honest government in that situation could provide accurate information about each individual and the Syrian government is not only dishonest, it is genocidal.

With regard to bringing the refugees to America, it is important to remember the heads of the FBI and the CIA have both said it is impossible to truly vet these people. Yet Obama insists it is perfectly safe. This reminds me of his promise that “If you like your health care you can keep it” or his taunt that “ISIS is a JV team.”

Conscientious – But Not For Jews

I guess Levine just wants to be a good conscientious Jew – but not for other Jews. Does she really think she would get any preferential treatment from Hamas, Hizbullah, or ISIS?

To them she is a Jew. “Kill her,” they will say, not “Spare her because she supported us through BDS.”

Marsha Levin and Jews like her would rather defend anything or anyone than Israel or Jews. Who will stand up for us if not us?

In Defense Of Stephen Wise

As the archivist of the Stephen Wise Free Synagogue in New York, and with all due respect, I feel I should respond to Raphael Medoff’s one-sided indictment of Rabbi Wise (“What Can Be Done When a Jewish Leader Fails?” op-ed, Dec. 4). 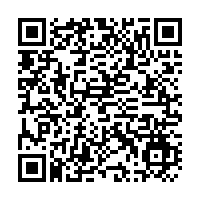