This past Sunday’s Paris conference had ominous echoes of Munich 1938, or as the philosopher George Santayana put it: “Those who cannot remember the past are condemned to repeat it.”


The prevailing attitude there to Israel reminds me of the words of Daniel Bernard, former French ambassador to the United Kingdom and Algeria, who was quoted as saying: “All the current troubles in the world are because of that [expletive] little country Israel.”

Perhaps the participants may have had in mind the opinion of Heinrich Himmler, yemach shemo, head of the SS and the Gestapo and officer-in-charge of the Nazi concentration camps and the Einsatzgruppen death squads:

Re “Questions About the Azaria Conviction,” editorial, Jan. 1:

The prosecution and conviction of Israeli soldier Elor Azaria was a show trial intended to impress Western countries, especially America, that the IDF is “the most moral army in the world.” The Israelis were foolish for even making such an attempt.

In the 1968 My Lai Massacre, committed during the Vietnam War, 500 women, children, and elderly men were slaughtered by American soldiers. Some of them were tortured and raped. At first there was a cover-up, then 25 men were charged, but only Lt. William Calley, the platoon leader, was convicted. He received a life sentence but served only three and a half years under house arrest.

In 2004, American Sgt. Tracy Perkins and Lt. Jack Saville forced their troops to throw two Iraqi civilians into the Tigris River, one of whom drowned. Perkins was jailed for six months, Saville for 45 days.

Unlike Israeli soldiers, Americans in Vietnam and Iraq were not fighting barbaric terrorists bombing cities and blowing themselves up among civilians in their enemy’s country.

This is a serious understatement.

The UN’s habitual condemnation of Israel over a period of decades is the equivalent of a multi-billion dollar global negative ad campaign against the Jewish state. There’s probably no better explanation for today’s global hatred of Israel, renewed widespread anti-Semitism, and, by association, loathing of the U.S.

What’s more, the UN’s repeated condemnations of Israel have been signaling to the world for years that Palestinians can commit the worst kind of barbarism and still get respect, as long as they have a “grievance.” Is it just a coincidence that this has become the MO of ISIS, al Qaeda, and other terrorists? After each act of butchery they give you the “reason,” as if that somehow justifies their barbarism.

Cutting off terrorists’ financial support is a good start. But we also need to cut off their most influential moral support – the UN.

The UN is basically an international crime organization. It shouldn’t even be given real estate in the U.S., let alone our funding.

What a timely and profound message communicated by Rabbi Eliyahu Safran in his Jan, 13 op-ed article, “Assemble Yourselves!”

I am perpetually dismayed and disheartened by the factions – sometimes warring – into which Jews have divided themselves. Orthodox, Modern Orthodox, Open Orthodox, chassidic, yeshivish, haredi, Conservative, Reform, Humanistic, etc. – all battling one another with the claim that they are the true, right, and only path.

This should bring to mind the various sects whose dissension led to the destruction of the Temple. Our oppressors then, as has been true of our oppressors throughout history, made no distinctions; they destroyed wantonly, without regard to the group with which one identified.

What we should remember are the words of Jonah that we read on Yom Kippur. When asked myriad questions about his identity, he replied simply “Ivri anochi” – “I am a Jew.”

There is one universal truth. Strength lies in unity. For a nation often described as the “people of the book,” we have been slow to learn this lesson.

The strong support for Bernie Sanders among college students in the recent presidential campaign shows a dreadful lack of economic understanding.

Therefore, I strongly suggest a new college course be created titled “The Economics of Venezuela.” The subject matter would cover the severe economic conditions socialism has caused in that nation where many go hungry, hospitals are poorly supplied, and babies die for lack of medicine.

The course should also cover the sad history of socialism and communism in Russia, China, Eastern Europe, Cuba, etc. The lack of basic freedom in those nations could be a follow-up course. 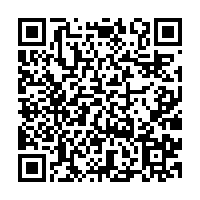