AIPAC Should Shut Its Mouth

AIPAC says it is “scandalized” by a union with Otzma Yehudit or, what it calls, “hateful fanatics until recently considered beyond the pale.” But it is AIPAC that has been “beyond the pale” for the last 5-10 years. In chapter 4 of AIPAC’s latest Briefing Book is a strong statement in support of a “negotiated two-state solution – a Jewish state of Israel living in peace and security side by side with a demilitarized Palestinian state.” It also talks about backing “PA leaders committed to peace with Israel and opposed to violence.”


But the majority of Israelis do not want a two-state “solution.” Instead, they see sovereignty – the application of Israeli law in Judea and Samaria – as the true solution. Also, the PA has never agreed to demilitarization, and talk of a PA leader committed to peace with Israel is a joke.

AIPAC should stay out of Israeli politics and allow Prime Minister Netanyahu and Israel’s citizens to determine their own path.

Thank you for your news story last week on the anti-smartphone cards. You quote from a letter from Beth Medrash Govoha’s roshei yeshiva opposing these cards, but from the text of the letter it’s clear that they actually support an anti-smartphone campaign.

The organization behind the cards has actually received close to 200 letters of support from leading rabbanim, including these Lakewood roshei yeshiva.

I should also note, by the way, that the Skulener Rebbe, shlita, is the originator of the kabheimos nidmu cards that depict users of smartphones as animals. His motivation was deterring people from using these harmful phone.

Democrats Are Playing With American Lives

I commend The Jewish Press for its intelligent and cogent editorial on the anti-Trump movement. The Democrats, emboldened by their re-taking of the House, have become vicious and mean-spirited obstructionists. Whatever President Trump says, thinks, or proposes is anathema to them; nothing is worthy of their support.

The best example is the most obvious: the wall. After supporting a southern border wall just a few years ago, Democrats now demonize Trump for doing the same. Virtually all politicians act hypocritical on occasion, but the Democrats are now playing with the safety of the American people.

The presence of Angel Moms at Trump rallies and press conferences, holding pictures of loved ones murdered by illegal aliens, should be enough to arouse the wrath of the American people. Phony statistics that purport to show a lower crime rate by illegals compared to American citizens are irrelevant. How many deaths justify illegal entries?

In the United Kingdom’s Parliament, the minority party is usually referred to as “the loyal opposition.” We should be so lucky. What I see are vile people, outdoing each other in the obstruction, malice, libel, slander, and vitriol they hurl at a sitting president. Their childish and baseless calls for impeachment only serve to highlight their ignorance and incivility.

The Democrats are proving their total inability to govern.

Read Before You Vote!

Today’s crop of congressmen could learn much from the late Idaho Republican Senator James McClure who passed away eight years ago this week. During his 18 years on Capitol Hill, he was famous for reading every word of every bill he voted on.

I’d like to know: Did members of Congress take a speed reading class to absorb the 1,000 pages of the latest spending bill they received only hours before passing it?

I propose a seven-day minimum time-out period for Congress – and state legislatures, as well – before voting on bills submitted to them. During this time, they can actually read the content of the legislation, and ordinary citizens, the media, and watch dog groups can properly research and discuss its merits.

He claims the Ramban disapproved of Levi and Shimon massacring the residents of Shechem. Yet, numerous other mefarshim clearly defend it. (In fact, the Ramban himself offers a justification for it.) The Maharal actually writes explicitly that innocents are legitimate targets in war time (see his very clear words in Gur Aryeh).

Avi Goldstein also writes, “The fact is that our society has deemed the targeted killing of innocents as a war crime or a crime against humanity.” Yes, and our society has also deemed same-gender marriage a moral virtue. So?

Finally, Goldstein writes that even if civilian deaths are sometimes “inevitable, they are nonetheless tragic.” Tragic? We’re talking about Palestinians here who wouldn’t think twice before slitting Mr. Goldstein’s throat were he to accidentally wander into a Palestinian city late at night. We’re talking about women who raise their kids to be suicide bombers.

Even if one dismisses the opinion of the Maharal and numerous other mefarshei haTanach, the deaths of Palestinian civilians is hardly tragic.

As a senior citizen I receive my fair share of annoying phone calls from people claiming to represent Medicare, pain management services, diabetes groups, cancer groups, etc. Sometimes I receive several calls a day! The do not listen when you ask them not to call anymore. Other senior citizens I have talked to have the same problem.

There should be a law against such calls, outlawing harassment, misrepresentation, and attempts to defraud senior citizens. And a special unit of the Justice Department, FBI, and Treasury Department should be created to investigate and prosecute the people behind these calls.

Allowing the Jordanian Muslim Waqf to control Har HaBayis is a chillul Hashem. Full Israeli sovereignty over this sacred area must be applied.

The mount is the soul of Israel and the Jewish people. Allowing doubt about this fact leads to doubt about Israel’s G-d-given right to exist!

I am launching Exodus Now, a political action group that will lead a walk away movement from the Democrat Party within the Jewish community.

President Trump has supported the Jewish people like no American president in history while Democrats have clearly become the party of Israeli and Jewish opposition. Have we learned nothing?

Anti-Semitism is being embraced more and more by Democrats. If we don’t exit now, we are partially responsible for indirectly legitimizing this hatred. I ask you to join me and support Exodus Now. 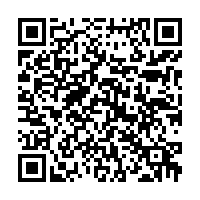