What Kind Of Man Is Abbas?

Palestinian Authority leader Mahmoud Abbas doesn’t want Jews in Judea. But that’s like not wanting Chinese to live in China or Italians to live in Italy.

Abbas claims there were no Jews in Judea in the past and that Jerusalem has no significant historical connection to the Jewish people. He also periodically says the Holocaust is a hoax or greatly exaggerated.

It does not take rabbinical ordination or a medical degree to recognize the absurdity of Rabbi Michoel Green’s argument in his letter to the editor last week. Jewish parents have a right to send their children to a Jewish school, but they are not entitled to endanger the lives of other children.

Those unjust vaccination laws Rabbi Green refers to are meant to save lives. Rabbi Green’s assertion that he is not an anti-vaxxer only indicates that he is either delusional, deceitful, or a closet anti-vaxxer in denial. His demagoguery cloaked in religious sanctimony is dangerous and may kill people as well as increase anti-Semitism.

President Trump was widely condemned for his comment last week that Jews who vote for Democrats show “either a total lack of knowledge or great disloyalty” to the Jewish people and the land of Israel.

Numerous Democratic congressman criticized Trump, including our own Senator Chuck Schumer (who loves to introduce himself as the Jewish “shomer”) and Rep. Jerry Nadler, who is mercilessly leading the political campaign against Trump. Joining them were several Jewish organizations, including AIPAC, and the mainstream media.

These Jewish groups also joined the chorus of supporters of Rashida Tlaib, who tearfully complained about being denied access to her “Palestinian” grandmother” whom she hasn’t seen in 13 years. Why did she suddenly decide to visit her now? Her claims are all bogus, and yet the Jews flock to support her.

It’s distressing to see photos of young Jewish American college students holding signs reading, “End the occupation.” What do they know about “occupation”? Do they know about the slaughter of the Jews of Hebron 90 years ago? Do they have memories of the brave Jewish soldiers and civilians killed in the wars of 1948, 1967, and 1973?

Sadly, President Trump is right. People are not used to hearing harsh truths, but he spoke correctly when calling out those American Jews who defend the anti-Semitic and anti-Israel slanders of the “squad.”

We are at a critical point in American and Israeli history. Hopefully, those who are sleeping will wake up and those who refuse to hear and see will have their senses restored.

I greatly enjoyed the article by Dr. Morris Mandel that you reprinted in last week’s “50 Years Ago This Week” page. I used to read his articles in my youth and now, in middle age, I have a new appreciation for them.

It would be nice to see his writings more often. Let today’s youth benefit also from his timely wisdom. Thank you.

What Is Hanan Ashrawi Thinking?

I was perplexed when I learned that Hanan Ashrawi, an Arab Christian woman, heads the anti-Israel organization Miftah, which was behind the proposed visit by Rashida Tlaib and Ilhan Omar to Yehudah and Shomron.

The Muslims in Egypt burn down Christian churches and chop off Christians’ heads. If Ashrawi went to Saudi Arabia or Iran, she would immediately be arrested for not wearing a head covering. Yet, whom does she chooses to bash? The government of Israel.

There has been much written about the refusal of Israel to admit the two Muslim congresswomen within its borders. “How could Israel do this?” the liberals screamed.

Here’s some perspective: Two teenagers, Nachum and Noam Neves, ages 18 and 20, were run down this past Friday outside our yishuv while walking to a bus stop. It was not an accident. It was a terror attack.

The stolen Israeli car that crashed into them was driven by a 27-year-old Arab terrorist from Beit Lechem. His car hit them with such force that the car flew up in the air and flipped over behind the bus stop.

The kids were immediately driven to the hospital with many injuries (Nachum with serious head injuries). Thank G-d, they are recovering, but how can anyone, especially teenagers just starting out in life, ever truly recover from such an attack?

The Neves family are our neighbors. The two teenagers are very special and are known (as are their parents) for their chesed and sweetness. They are living Sifrei Torah in their midot. Their only sin was being Jewish.

The list of terror casualties seems endless, but people like Rashida Tlaib and Ilhan Omar can’t stop maligning Israel. Well, Israel has a law that bars BDS supporters from coming to Israel. It has banned past BDS supporters in the past and hopefully will ban them in the future. How do you allow those who seek your destruction with every fiber of their being to enter your country?

One final comment: Jews in Israel go to malls, hospitals, restaurants, and swimming pools. All these places are packed with Arabs, and no one says a word. Could you imagine a Jew going to a Ramallah swimming pool? No one dares.

I live in Plainview, NY, and would like to alert readers to a potential kashrus problem. There is a non-kosher brand of chicken called Whole Pantry that is sold in Shoprite and, I assume, other stores too. The outside packaging of this brand is strikingly similar to the packaging of Empire chickens. It has the same colors, etc.

Today I saw what I expected to see one day. I saw a package of Whole Pantry chicken mixed in with the Empire chicken packages. I personally walked it back to the non-kosher section, but someone not that astute could have bought it by mistake.

Is there a way of forcing Whole Pantry to make its packaging look different than the packaging of Empire? 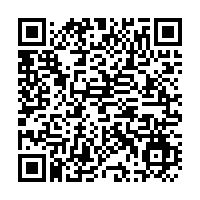