I commend Sivan Rahav-Meir on her recent column, “The Coronavirus: Embracing Uncertainty.” One definite certainty for me, though, is that The Jewish Press provides a cornucopia of Jewish knowledge in many different areas, week after week.

Sometimes, however, I think a presenter might benefit more from Moshe Rabbeinu’s humility. I know the media certainly could. I agree with the message of the political cartoon immediately below Rahav-Meir’s column. It depicts a doctor saying to a patient, “You just had a panic attack. Take a Prozac and stop watching the media’s coronavirus hype.”

Why Are We Shutting Down?

Dennis Prager makes some excellent points in his column last week, “Why The Remedy May Be Worse Than The Disease.”

As of early last week, the coronavirus had killed 6,400 people worldwide and 68 in the United States, and yet virtually the entire globe has shut down.

Meanwhile, the seasonal flu kills an average of about 400,000 people a year world-wide, and about 50,000 in the United States – and it’s business as usual.

If draconian measures are being implemented to combat the coronavirus, why isn’t there a similar response to the seasonal flu epidemic that kills 5-10 times as many people every year?

The MTA Shouldn’t Be Asking for Money

The Metropolitan Transportation Authority is now looking for a $4 billion bailout from Washington due to unanticipated costs incurred due to the coronavirus.

Washington, which has already accumulated $23 trillion in long-term debt, is now compiling a $2 trillion stimulus package. Just who is going to bail out Uncle Sam to pay for this?

The MTA has budgeted $4 billion as part of its 2020-2024 Five Year Capital Plan for the Second Avenue Subway. This line benefits only a handful of daily transit riders. Americans constantly make difficult choices in how existing resources will be spent. Why can’t the MTA do the same?

Given the current crisis, the MTA should postpone funding its Second Avenue Subway and use the money allocated for it to offset its losses due to the coronavirus.

Our Parents Had It Much Worse

Those of us who are children of Holocaust survivors know the hell our parents went through to survive. They had no food, no clothes, no medical attention, and no toilet paper.

They were cramped in hiding places with no fresh air and couldn’t make a sound or the Nazis would discover their whereabouts and kill them. Their crisis lasted a lot longer than ours will.

Many lost their education, their souls, their youth. There were no supermarkets, cell phones, or outside help.

Let us remember the horrors our parents suffered and not be so afraid. Let us have hope, not panic.

Biden Is Terrible for School Choice

On March 14, the National Education Association endorsed Joe Biden for president, a man who has said, “No privately-funded charter school – or private charter school – [will] receive a penny of federal money. None.”

Yet, these schools have enjoyed remarkable success. I hope parents who live in failing school districts or who value religious education will take notice of Biden’s words and vote for President Trump in November. He strongly favors school choice and vouchers, including for yeshiva parents.

Last week, New York issued restrictions on large groups congregating, but some people ignored them. A wedding was held in a Brooklyn catering facility that the FDNY had to shut down. The guests were dancing outside without any separation. What a chillul Hashem! 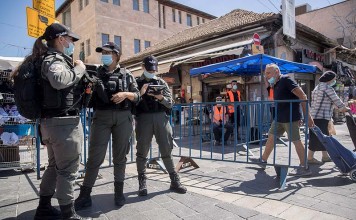 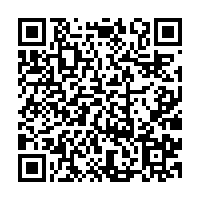