Why Is Cuomo Playing Doctor?

New York State has the worst governor and New York City has the worst mayor. When President Trump stopped flights from China in late January, both Gov. Cuomo and Mayor De Blasio should have told New Yorkers to stop partying, going to houses of worship, and standing close to one another.


Instead, they did the opposite. They encouraged people to mingle, saying this virus was a simple flu. Many New Yorkers have died as a result.

New York has now received lots of hydroxychloroquine +Z-pack from Israel and elsewhere. But Gov. Cuomo won’t permit doctors outside hospitals to prescribe this medicine, which is most effective if given to a patient early on. New York hospitals don’t have a good record of hygiene and are the last places you want to go to if you’re sick.

Everyone should e-mail Cuomo, De Blasio, Schumer, and Nadler and demand easy access to this medication so that people don’t have to go to New York’s overcrowded hospitals. This medicine has saved lives.

Why Is Hashem Forcing Us Indoors?

If we sit around analyzing the latest coronavirus news, we are missing the point. Hashem is trying to send us a message. We don’t know why Hashem does what He does, but Mesillas Yesharim says that when a person endures suffering, he should examine himself for areas that need improvement.

I wonder if Hashem is trying to tell us that we need to be more modest. By forcing us to stay inside, perhaps Hashem is telling us that we aren’t behaving/dressing as tzniyusdik as we should when we’re outside. So we must remain indoors, unseen and unheard.

There’s nothing degrading about acting and dressing more tzanua. The more valuable a diamond is, the less one wants to display it. It’s precious! Our words, our actions, and our bodies are precious and are not meant to be flaunted to the world. That’s the meaning of “kol kevuda bas melech penima.”

Let’s all try to improve in the area of tznius, and, in that merit, may we see a speedy end to this machalah and a speedy refuah sheleima to all the cholim in Klal Yisrael.

Our Constitutional Rights Are Being Violated

The governors of New York, New Jersey, Pennsylvania, and Connecticut have all ordered most retail establishments – particularly restaurants, bars, and theaters – to close.

This totalitarian move has put more than one million people out of work, ruined thousands of businesses, and impaired the fundamental rights of tens of millions of persons – all in violation of the U.S. Constitution.

The Contracts Clause prohibits states from interfering with lawful contracts, such as leases and employment agreements. The Due Process Clause prohibits states from interfering with life, liberty, or property without a trial. The Takings Clause requires just compensation when the state meaningfully interferes with an owner’s lawful use of his property.

Add to all this the First Amendment’s right to associate and the judicially-recognized right to travel, and it is clear that these nanny state shut-down orders rules are unconstitutional, unlawful, and unworthy of respect or compliance.

Throughout history, free people have been willing to accept the devil’s bargain of trading their liberty for safety when they are fearful. We supinely accept the hollow argument that somehow less liberty equals more safety.

Today, the fear of contagion gives government cover for its assaults on freedom and poses a question the government does not want to answer: If liberty can be taken away in times of crisis, is it really liberty? Or is it just a license subject to the whims of politicians in power?

China Is to Blame

All the available evidence suggests that China is responsible for the coronavirus pandemic. Some are afraid to point fingers as they fear being called a bigot or racist. But how we look at, address, and do business with China must change going forward.

In the midst of the greatest threat to America and the world in the last 75 years, the Democratic leadership has finally decided to speak out – by complaining about President Trump’s handling of the coronavirus pandemic and announcing that they will investigate him.

Since January 2017, the Democrats have had only one agenda item: to remove the president from office. Numerous investigations, inquiries, proceedings, and panels haven’t amounted to anything other than an enormous waste of money, time, and effort. Yet, they wish to start another one.

In normal times, this distraction could be tolerated, but in a time of crisis, it is unconscionable and only serves to expose the complete absence of any meaningful ideas from the Democratic Party.

What is most unnerving is the total lack of any embarrassment. To paraphrase Joseph Welsh: Have they no sense of shame? 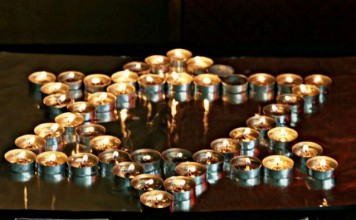