It’s All the Fault of Chassidim


* Europe is reeling from a new wave of Covid-19 cases.

* The U.S. has reported a record tally of new cases of the coronavirus.

* Several Midwestern states have been particularly hard hit by the recent wave.

* Covid rips through a new set of nations.

It’s unimaginable how chassidim are roaming around the globe spreading the virus so recklessly. Cuomo and de Blasio need to crack down harder on the “ultra-Orthodox Jewish community” to help control the worldwide spread of this virus.

Governor Cuomo is not an anti-Semite. He’s just a very shrewd political opportunist. Look very carefully at Cuomo’s actions since the beginning of the pandemic. He began giving daily briefings, which were well-received – so well-received, in fact, that Cuomo was noticed nationally. Some even touted him as a potential presidential candidate.

So he continued giving briefings in the guise of a backseat driver – meeting with President Trump when he had to and criticizing him at every other opportunity.

He then decided to turn his self-described achievements into a book. Since he knows that after three terms as governor he will find himself at a dead end, this book is essentially his launching pad for a presidential campaign in 2024.

Biden is 78. Even if he chas v’shalom wins, he won’t run for re-election at 82. So Harris will attempt to take his place. But there’s a problem. Harris is a known super-leftist. So this is where Andrew Cuomo, a “supposed” moderate (really, a wolf in sheep’s clothing), steps in.

To secure his bonafides, though, Cuomo must embrace the leftist agenda (lockdowns and all). But who can be the victim? It can’t be the blacks; they already vote in large numbers for the leftist agenda. Hence the unrestricted Black Lives Matter marches. It also can’t be the Muslims; they’re a loyal voting bloc too.

So who’s left? The sleepy community of Orthodox Jews. Only a small fraction of them vote, so he can push them around.

It sounds horrific, but it’s true – or close to it. And empty protests, threats, and shouts won’t change anything. Your vote, however, will! So make certain you vote on Election Day (or before that) in all the races. If we come out in large numbers, we’ll be heard.

We hear a lot these days about how criticism by government officials of some Jewish neighborhoods for allegedly not adhering to Covid-19 rules is anti-Semitic. After all, there are other ethnic groups and neighborhoods that openly flaunt Covid-19 rules and are not called out.

There’s no question that this behavior is anti-Semitic. But it’s a lot more than that. It’s also cowardice on the part of government officials. Jews are easy targets; they don’t burn down stores, loot, incinerate cars, blow up busses and pizza shops, or fly planes into buildings.

Government officials who don’t have the skills or competence to deal with chaos but want to look like they’re in charge will make a public display of leaning on those least likely to turn their cities upside down with anarchy and savagery. Jews fit that bill.

There were videos on TV recently showing cops without riot gear walking through angry crowds in Boro Park. Where else can a cop walk through an angry mob without heavy protection and come out in one piece? Chicago? Portland? Atlanta? Bakersfield? Not a chance!

Ironically, Jews’ greatest asset – humanity – is what makes us easy targets. No, I don’t advocate resorting to creating chaos. But I do advocate fighting back hard – legally! A good place to start would be a class action lawsuit against Mayor de Blasio for damages caused in the riots this summer thanks to him abdicating his responsibility to protect New York City’s citizens and their property.

In a recent interview with Wolf Blitzer, Speaker Pelosi demonstrated her callous attitude toward poverty-stricken Americans. Blitzer pleaded with Pelosi to negotiate with President Trump on behalf of Americans who need relief funds immediately, but Pelosi refused.

Blitzer attempted to elucidate how massive the $1.8 trillion Republican package was, but Pelosi just accused him of being ignorant and misinformed. Most people know that Pelosi is rejecting the Republican proposal because she wants a bank-breaking package to service illegal immigrants and bail out unions and states.

When Blitzer repeated that many Americans are begging for food and money, Pelosi burst out in the most offensive manner I have ever witnessed. “We feed them, we feed them,” she exclaimed. She sounded like a master who throws some scraps of food to her servants or workers.

How can anyone support the Democratic Party with arrogant, inflexible, and heartless leaders like Pelosi?

I found the comparison of certain sections of Brooklyn and Queens to occupied Poland by letter writer Larry Penner last week obscene and ludicrous.

Yes, there are restrictions on the opening of schools and restaurants in these neighborhoods, as opposed to the counties outside of New York City, but these counties are not as densely populated.

Mr. Penner also conveniently ignores that irresponsible behavior is what has led to Cuomo and de Blasio’s restrictions in the first place.

Last week, letter writer Alan Howard chided President Trump for lack of leadership and compared him to the late President John Kennedy who allegedly led the nation in being fit and exercising.

Indeed! The only exercise Kennedy had was running after women. In fact, he was in such poor condition that after he was handed a ceremonial shovel to plant a tree, he was laid up for several weeks with back problems.

G-d Is on the Ballot

Judaism instructs us to bring G-d into every facet of our daily lives. For example, we sanctify procreation with laws of family purity and we sanctity eating with blessings of thanksgiving.

In contrast, the Democratic Party aims to exorcise G-d from daily life. It seeks, not only to erase international borders, but borders between genders. Whereby the Noahide laws require all nations to set up systems of courts of justice, the Democratic leadership is demanding the defunding of police departments.

Judaism believes in the sanctity of human life whereas the Democratic Party calls unborn children part of the woman’s body – for her to do with as she pleases. Judaism affirms the family as the foundation of society, while the Democrats have waged a 70-year war against the family.

The Democrats wish to defund charter schools even as they attempt to control the curriculum in private religious schools. The Democrats omitted G-d’s name from the Pledge of Allegiance at their recent national convention, successfully removed G-d from public education in the 1960s, and will continue to remove Him from every corner of the country if they can.

This election is not about whether or not you like President Trump. It’s a referendum on G-d’s presence in American life. 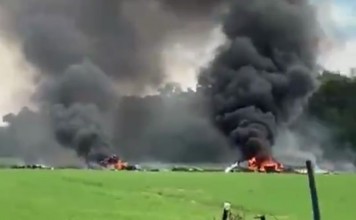 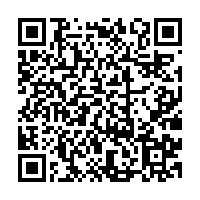