I enjoy reading Rabbi Ben Packer’s weekly column “The Last 7 days in Israel” in The Jewish Press every Shabbat. It keeps me updated on what’s going on in Israel, and I usually chuckle at his sarcastic remarks.


I do wonder, though, about his comment last week in relation to what we should expect to see in wake of the normalization agreement between Israel and Morocco: “Hundreds of thousands of Israelis are of Moroccan descent and many, the ones not in prison, plan to visit” (emphasis added).

Did he really have to say that now that relations between Ashkenazim and Sephardim are better than ever? Is such a comment proper?

I have a suggestion for all the letter writers last week who wrote about purported (actually non-existent) voter fraud: Please call the Justice Department and Supreme Court and give them your evidence because so far they haven’t been able to find it on their own.

I also have a question: If there is a plethora of evidence, why was none of it presented in court? There are only two explanation: Either your evidence amounts to “fake news” or Trump managed to hire the world’s most incompetent lawyers.

It would behoove Trump supporters on these pages who insult and belittle those who disagree with them to recall that sinas chinam resulted in the churban bayis sheni and disrespect of fellow Jews sparked the plague that wiped out Rabbi Akiva’s students.

Letter writers in previous weeks highlighted the “over a thousand affidavits” on election fraud. But while affidavits are sworn statements and can be presented as evidence, they are not recognized as factual until a judge has determined them to be so.

So far, that has not happened, and the recent Texas lawsuit (which some called “the big one”) was swiftly dismissed by the Supreme Court. Following that decision, Republican Senator Ben Sasse said the court “closed the book on nonsense.”

A Point of No Return?

To my brothers and sisters who seem intent on talking about election fraud even though no court in our country will give them the time of day: You are entering into an unholy alliance with conspiracy theorists, Holocaust deniers, and anti-Semites.

Trump has ratcheted up fear and distrust among us; anti-Semitism and racism is on the rise all across this country; and listening to and respecting another person’s opinion has become a thing of the past. We are losing our souls and becoming more divided than ever before. We are heading into an abyss from which there is no coming back.

Based on recent letters to The Jewish Press, two camps seem to have emerged among readers:

On one side we have people who are certain the Democrats stole the election and the result will be overturned when the “facts” are presented. On the other side are people who aver that Mr. Biden triumphed in a fair and square contest.

I would suggest a third position: The Democrats, in cahoots with the liberal media, did steal the election; however, that hasn’t been proven and won’t be proven, and therefore Joe Biden will be sworn in as president on January 20.

Is it fair? Maybe not, but not everything in life is fair. This isn’t the first presidential election whose results have been questioned, and it likely won’t be the last. The Trump stalwarts can go through life convinced that Biden’s victory was a sham, but at the end of the day that won’t change the facts.

The notion that the Electoral College last week has formalized the victory of Joe Biden is absurd. In most fields, if it’s determined that someone obtained a certification or license by fraud, it’s revoked. Why should a presidential victory be any different?

My guess is the framers of the Constitution instituted the formalities of an Electoral College vote and the swearing-in of a president to finalize a legitimate election process, not to lock into office someone who has gotten there by deception and corruption.

Most Republicans believe fraud plagued last month’s presidential election, and most Democrats who oppose investigating the election must believe there was fraud too. Why else would they oppose an investigation? If you were accused of a crime you didn’t commit, wouldn’t you welcome an investigation to prove your innocence? Of course you would. Only a guilty party would object.

Reaching Across the Aisle?

President Barack Obama appointed a Republican congressman from Illinois – Ray LaHood – as his Secretary of Transportation. Why couldn’t Biden follow his example and appoint a Republican too?

Biden promised he would have the most diverse cabinet and administration in history, representing the gorgeous American mosaic. Republicans represent a significant portion of America. Why has he failed to invite any of them to serve in his administration?

Many Republicans crossed the aisle to endorse Joe Biden. Ohio Governor John Kasich, Defense Secretary Colin Powell, and Arizona Senator Jeff Flake are just three examples. Why not appoint one of them?

Alas, his call for bringing America together appears to have just been campaign rhetoric. It’s business as usual. 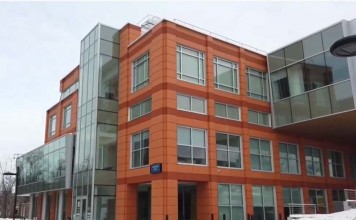