The Butcher Of New York

The greatest mass murderer in U.S. history, Andrew Cuomo, may finally be getting his deserved comeuppance. He was originally portrayed as a hero for his policies early in the pandemic, and he vaingloriously perpetuated that image in his recent book.


However, we now know that his policies tragically condemned over 15,000 helpless seniors to lonely deaths in senior residences. And Cuomo only compounded this disaster by under-reporting the true number of deaths by 50 percent.

Now, at least two of his staffers have accused him of sexual abuse. Thankfully, the “hero” of New York may finally face the consequences of his ego-generated façade.

Cuomo? You Must Be Joking

I was incredibly disturbed to see The Jewish Press run a full-page article lauding Andrew Cuomo last week. The author, Marc Gronich, asserts that his piece is neither “in defense of Governor Andrew Cuomo or an attack on him.” Yet, a few short paragraphs later, he writes that Cuomo “has the integrity and fairness of an angel.”

Gronich argues that, while unpleasant, Cuomo’s “wrath” is a necessary evil for someone in his position. If only that were the problem!

The governor’s staff outed him for hiding from the federal government the numbers of deaths resulting from his executive order requiring that Covid patients be sent into nursing homes.

The owners and directors of the nursing homes begged Cuomo to keep these highly-contagious patients away from their frail populations. He ignored them, with disastrous results, all while perfectly good hospital beds remained unused. In addition, at least three women have now made credible accusations of sexual harassment against Cuomo.

Gronich writes that he’s had only positive interactions with Governor Cuomo. Okay, and family and friends of a criminal often swear that “he was good to his mother.” So what?

I will be sending The Jewish Press the bill for treatment since Medicare isn’t paying for my treatment and medication can’t calm me down. A nice nurse is writing this letter for me – each word comes out between gasps for breath.

Your Purim Press was hilarious – just spectacular. I fear reading it a second time, though, as the doctors say I might have a seizure and die of laughter.

The “Hilchos Thanksgiving” in your Purim Press last week inadvertently omitted an essential halacha: For 30 days before Thanksgiving, one is not permitted to eat any turkey, including turkey salad and turkey franks!

There is a dispute as to whether this 30-day issur also applies to pumpkin pie and cranberry sauce. One should follow one’s family minhag or consult one’s local rav.

Your paper seems to be pushing the experimental Covid-19 vaccines on people. Many rabbis, however, oppose these vaccines (and are being censored as a result).

The powers that be are using fear as a psychological weapon to get people to quickly line up to get their injections without being informed of possible adverse side effects.

It’s important to remember that this virus has a 99.7 percent recovery rate and that there are cures already out there that don’t come with the same potential side effects and risks that these experimental vaccines do.

Many doctors who don’t agree with this mass experimental vaccination plan, however, are unfortunately being censored as well. Even more disturbing is the agenda to ostracize, demonize, and isolate those who choose not to take these vaccines.

Particularly disturbing is the Israeli government’s reported deal with Pfizer to test these biological agents on the Israeli population. The tactics being used to accomplish this task is akin to medical tyranny.

In response to this tyranny, a new political party has formed in Israel called the Rappeh Party – led by Dr. Arieh Avni – which will hopefully win seats in Israel’s upcoming election. The platform of the Rappeh party is simple: medical freedom and liberty. Thank G-d, there are people out there who have the courage to stand up against tyranny!

Obama Was No Friend

If this report is true, it’s only one more indication of Obama’s anti-Israel stance, which he made clear by allowing Israel to be censored at the UN in the waning days of his administration.

Let’s hope that President Biden does not prove to be a clone of Obama. 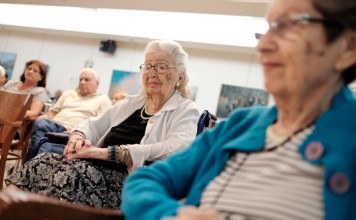 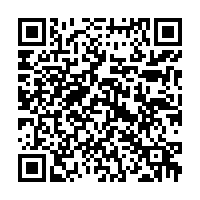