Now’s Not the Time for Blaming

We should be ashamed of ourselves. At a time when women are burying their husbands and mothers are mourning their sons, there are webs of hate and decisiveness being spun in the media.


“They deserved it. Religious fanatics – what do you expect?” If we have even a modicum of sensitivity and Jewish feeling, we won’t put the dirt of animosity atop the freshly-dug graves.

Many people are unsure what happened. I’ve heard of a 15-year-old boy buried under four dead bodies, awaiting death when he was rescued. Of young boys trying to resuscitate close friends and complete strangers, many of whom died and a few of whom lived.

Of kids who watched the tragedy who can’t sleep at night knowing that they were seconds away from death. Of mothers who woke up to find their sons missing or dead.

We must remember that, ideology aside, they are our brothers and sisters. We must stand now with our heads bowed and our mouths stilled and for a moment feel their grief. May the Jewish people be comforted and may we know no more suffering or pain.

People wonder how our holy nation in our holy land at the burial site of one of our holiest sages could experience such tragedy.

We don’t have to go far for the answer. In the first chapter of Bereishis, G-d asks Adam if he ate from the Tree of Knowledge. He responds by blaming his wife Chava and Chava blames the serpent. Both Adam and Chava refuse to accept responsibility for their behavior and are punished by being exiled from their idyllic life in Gan Eden.

The final paragraph of Shulchan Aruch states that the penalty for transgressing this commandment is flogging (makkos) and praises one who is careful.

Many fingers are currently pointed at G-d, but G-d wants man to accept responsibility.

Last week, letter writer Max Wisotsky asked, “Do they [the Democrats] really believe that fundamentally transforming a free democracy and strong Israel ally into an anti-Israel, socialist/communist authoritarian state will have no adverse consequences?”

Well, let’s look at communist China. It’s not exactly a top Israel ally, and there are no adverse consequences. Even if there were, the Chinese people are in no position to rise up since the communist party exerts government control over the press, the social media, the school system, academia, the military, the secret service, the courts, and citizens’ access to firearms.

Also last week, Dennis Prager argued that we can “prevent the left from destroying America and its core value of freedom” if we reembrace the Judeo-Christian ethic that has historically been the foundation of our great nation. He adds – and I agree – that we Americans of faith have been asleep at the wheel.

Is Runaway Inflation Around the Corner?

If President Joe Biden’s socialist policies were economically sound, illegal immigrants would be flocking to Venezuela, not the United States. The moral of the story? Socialism does not work and never has.

President Biden says he’s only going to raise taxes on big corporations and the top 1 percent. However, his policies are already resulting in significant inflation so that the things we buy cost us more while our incomes don’t get much bigger. In effect, then, Biden is imposing a large hidden tax on us all.

Large price increases are especially hard on the poor, but they will also hurt the middle class. Already the price of gasoline and groceries have gone up significantly and will go up even further in the months to come.

I’m very fortunate to be a Jew living in America. My ancestors came to America more than a century ago and benefited from religious tolerance and opportunity. Had they stayed in Europe, they would most likely have been murdered in the Holocaust.

But I fear history is repeating itself. This is not the first time a good nation has adopted very liberal social policies and printed loads of money which led to intolerable inflation. It happened in Germany, and we got Nazism.

The bedrock foundation of the American judicial system consists of two principles: 1) every person is presumed to be innocent until proven guilty and 2) every person is entitled to a fair trial.

These two principles were violated in the trial of Police Officer Derek Chauvin. In the heat of a confrontation with a belligerent suspect, Chauvin may have made mistakes, may have showed lapses of judgement, and may have forgotten his police training. But I don’t believe he committed murder.

Unfortunately, Chauvin’s fate was sealed the moment Floyd died. The media immediately rushed to judgement and branded Chauvin a racist murderer. Then public opinion rushed in and immediately deemed him guilty. Then wide-scale mob violence was threatened if Chauvin wasn’t convicted of murder.

Officials in many cities put extra police on alert and mobilized National Guard troops in the event that the verdict was “not guilty.” It was in this atmosphere, charged with mob violence and predetermined guilt, that Officer Chauvin was supposedly accorded a fair trial. Had he been acquitted, I believe we may have seen a serious attempt to literally lynch Chauvin.

The main victim in this whole sordid episode is the American judicial system. It lays bare the overbearing effect of media interference, threatened mob violence, and public manipulation.

I am perplexed why so many Jews flock to the graves of holy men. Isn’t that a form of idol worship, which is contradictory to the basic ethos of Judaism? Doesn’t the first of the Ten Commandments demand that we serve G-d and no one else?

Moses was buried in an unknown place lest a shrine be erected for him, to which Jews would flock and neglect to worship G-d.

The tragedy at Meron ought to be a sign to obey G-d and not follow the gentile custom to worship at shrines. 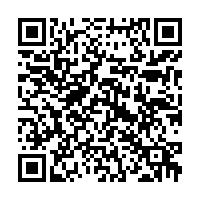