Your inspiring story of Eli and Gitty Beer discussing United Hatzalah (Interview, June 4) was very timely for our Highland Park/Edison/East Brunswick, N.J., Jewish community which just successfully funded two ambucycles for United Hatzalah in Israel. Our community originally had a goal to fund and donate only one ambucycle. However, within the span of just a few weeks, the fund was oversubscribed and the goal raised to two ambucycles, which was also reached in record time.


The success of this effort was due to three factors. One was the Gaza crisis in Israel to which we eagerly responded, the second was the widely-known recognition of the outstanding work that Hatzalah is doing in Israel to save lives and administer to the needs of the population, and the third was the remarkable work of our community volunteers in bringing this all together so quickly.

While there are sometimes problems in American-Israeli relationships, in times of crisis it is heartwarming to see that we can still come together when necessary for the common good.

A hearty yasher koach to all who helped.

As Rabbi Goldstein pointed out, we are currently losing the PR war to the pro-Palestinians, especially among the non-observant Jewish liberals who are flocking to BLM and similar movements that have become antithetical to Israel, believing it is the moral thing to do. They lack any real knowledge of what Israel means to the Jewish people from both a religious and historical perspective.

It is my belief that Israel needs all American Jewish support, not just from the conservative right, in order for it to survive. By demonizing all Jewish liberals, which some of your columnists do, we are in the long-run actually hurting Israel. These writers are only preaching to the choir and not gaining any new adherents. They are also turning off many American Jews, especially the younger generation, who, for the most part, do not subscribe to their conservative “values,” such as being anti-environment, pro-guns and xenophobic.

In fact, I too do not quite understand how these so-called conservative values have been adopted by all Republicans as they actually do not conform to Torah values either. Are we not supposed to respect the land, love the stranger, and not emulate Eisav as being the ultimate hunter.

I believe it behooves all Orthodox Jews, especially our rabbinic leaders, to better mobilize and reach out and help educate our non-affiliated Jewish youth (especially those on college campuses) regarding the Torah and the significance of the Land of Israel to help dispel the lies and propaganda being spread to them by ultra-liberal groups.

We also need to support those Democratic politicians who are still known to be stalwart supporters of Israel so they will know that the Jewish community is still very much behind them and will hopefully not be influenced by their more progressive colleagues.

Israel can only benefit by having stronger bipartisan support in Congress.

I enjoyed the June 11 “Is It Proper” discussion very much, especially because I have “a favorite daughter.” My daughter Aliza is that, but I consider the word in her case to have the extended metaphorical range of “one of my favorite people in the world.” (Aliza is “my favorite daughter” because she is my only daughter, my third child among three.)

On the other hand, when a young woman once asked me if she was “my favorite student,” I replied that all my students were my favorites, each in a different way.

I consider Devarim 14:2 to be the major pasuk testifying to the chosenness of the Jewish people; but I believe that the idea is qualified in that the words state “because Hashem chose you from all the nations to be a Treasured People” – in the indefinite not as the ne plus ultra (foremost).

Our destiny is to be a model for others to emulate. In our doing so, other worthy nations can fulfill the will of the Ribbono Shel Olam along with us.

We’re in Trouble With Biden

To recap some of Joe Biden’s official acts impacting caring Jews: opening an official consulate for the Palestinian Authority in Israel’s capital; re-engaging with the terror-supporting PA and sending it hundreds of millions of dollars (halted under President Trump because of the PA’s refusal to stop sending huge payments to terrorists convicted of killing innocent civilians, or their families if those terrorists die in their attacks); empowering a nuclear Iran; rolling back the historic achievements of the Abraham Accords; and rewarding the intransigent, corrupt leadership of those who seek to wipe Israel off the map.

Full responsibility for the latest upsurge in Arab-Israeli violence as well as attacks on American Jews goes to Joe Biden and his supporters as a result of the policies of appeasement and capitulation he has pursued in the Middle East.

I assume Biden’s supporters aren’t stupid and could foresee the results described above. The question then is: What should our response be to these people? If they ever say they care about Israel or their fellow Jews, how can we take them seriously?

Giving Up Too Much

I am afraid for my children and grandchildren. The Jew hatred here in California is bubbling up everywhere. Antisemitism is nothing new. For 2000 years we as a people have been despised. Now it’s state sponsored. Biden will stab us in the back. Already he’s rewarding the Palestinians. I read that half of the money he gave goes to Hamas, making him a partner with a terrorist organization.

I am afraid because the government in Israel has been so fragile for two years and now this new coalition is doomed before it’s formed. How could Bennett think this coalition would last?

Israel makes capitulation after capitulation to put off an inevitable war. First, the cease-fire. Then putting off Jerusalem Day. Hamas now controls Israel’s domestic sphere. That Jews can’t go to the Temple Mount to pray and that the Jordanians control it is insanity – a foreign government inside Jerusalem! Only in Israel.

As long as Israel shows weakness, the Arabs will take advantage. They now smell our blood.

I pray every day that Israel gets its act together. Right now it looks like a civil war as the Jews divide. Causeless hatred again will destroy us from the inside out. We are our worst enemy!

The Essence of Democracy

After four rounds of elections, Prime Minister Netanyahu’s political opponents have banded together to form a government. And for the many who believe Israel isn’t a democracy – an apartheid state if you will – it is relevant to review the parties that this new government shall consist of.

First, this government wouldn’t be possible without The United Arab List (Raam), the political wing of the Southern Branch of the Islamic movement. The leader of this party, Mansour Abbas, attended the Hebrew University of Jerusalem to study dentistry, and later studied political science at the University of Haifa. Abbas’s party said that they joined the government because it provides 53 billion shekels ($16 billion) to improve infrastructure and curb violent crime in Arab towns.

Then, there is the party of Russian-born Avigdor Lieberman, who is perceived by many as anti-Orthodox. He is intent on eliminating funding for pet projects of the chareidi – hence his position as Finance Minister of the new government.

Naftali Bennett, the next prime minister, was the former leader of the YESHA Settlement Council representing the Jewish settlers of Judea & Samaria (the West Bank), he is a liberal Orthodox Jew, supports the right of Jews to all of the land of Israel.

The Labor Party is headed by a former television journalist, Merav Michaeli, a fierce feminist.

The far-left Meretz Party is headed by a leftist environmentalist: Nitzan Horowitz.

This is a very unusual alliance of very different ideologies – the very essence of democracy.

So, to those who say Israel isn’t a democracy: in this government there’s a Muslim Arab party in coalition with a Russian born former bouncer, radical leftists with former heads of YESHA Settlement Council, Islamists with gay rights advocates and Religious Zionists, Arabs, and the largest number of female ministers ever. There are legitimate complaints people have about this government and the State of Israel, but being an apartheid state is not one of them. 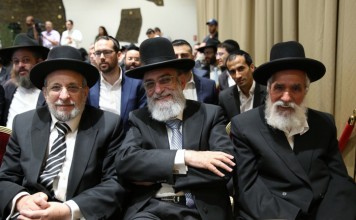 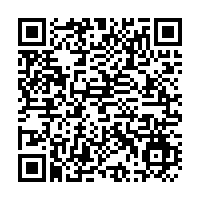