I write to correct an error in my article, “Jacques Offenbach: The Cantor’s Son Who Revolutionized Music” (Nov. 2). I wrote that Luigi Cherubini, the director of the Paris Music Conservatory who admitted the young Offenbach, had previously rejected an application by Mozart but, in fact, it was Franz Liszt who had been rejected.


I apologize for my error.

The article “Is it proper for men to wear wedding bands?” (Oct. 28) recalls my experience. I asked my husband to wear his wedding ring for Shabbat, Yom Tov and special events. He agreed, but then he started wearing it at work and found it useful. Soon enough, he was wearing it all the time and he still does.

Why Blame the Messenger?

Mr. Wilen, where in the article did you see an attempt to outrage and anger the public? Mr. Prager merely outlined a well-known tenet that strong and loving parental influence is crucial to proper emotional and intellectual development of children. Furthermore, the lack of said parental guidance is directly responsible for the state of our troubled youth today, resulting in mass shootings, suicides and a plethora of other ills. Why was it so important to Mr. Wilen to specifically reference a transgender child? Of course, all children and individuals should be treated with compassion and respect, but that doesn’t mean we have to countenance the active promotion of outlier ideologies to our precious kids. Mr. Prager didn’t attempt to anger and outrage. Anger and outrage at schools and politicians, however, would be completely justified regarding their indoctrination of our innocent children with respect to topics that are completely out of their sphere of comprehension at tender young ages.

It is a shame and pity that so many of our children are falling prey to the deranged clutches of so-called educators and politicians instead of the warm and loving embrace of their parents. I agree with Mr. Prager 1,000 percent; parents must guide their children and, when appropriate, apply loving discipline. Furthermore, the ultimate arbiters regarding the care and education of children are the parents who partner with educational institutions.

Send Them to Canada

Under the Biden administration, we are on track to reach a record five million people illegally crossing into our nation by end of December 2022. Canadian Prime Minister Justin Trudeau proudly claims that Canada is a sanctuary nation welcoming all. Canada is facing both an aging nation and a labor shortage. His immigration minister, Sean Fraser, has said that Canada needs 1.45 million immigrants between 2023 to 2025 to deal with these growing challenges. Why not lend a helping hand to our neighbor to the north? United States Customs and Board Patrol should offer to bus or fly many of those entering our nation illegally to Canada ASAP. The rest should be sent directly to our own self-proclaimed sanctuary cities and states. They can back their words with concrete action: Step up and adopt your own fair share of illegal immigrants.

Crime and the Candidates

Crime in New York City is out of control. Businesses are leaving, brazen shoplifting is common, people are being pushed onto subway tracks, and most importantly, the murder rate is frightening. With this in mind, for the first time in 20 years a Republican stands a good chance of becoming the next governor.

In the televised debate between the current governor, Democrat Kathy Hochul, and challenger Democrat Congressman Lee Zeldin, Ms. Hochul didn’t seem to understand the significance of crime in New York. When pressed by Mr. Zeldin a few times, she stunningly asked, “Why is this ‘so important’ to you?

Kyrie Irving is not only antisemitic, but he’s also clearly anti-semper fidelis, because that wonderful Marine motto means “Always faithful” – something that Kyrie Irving has never been to his teammates on three different NBA teams, or the fans of those teams. 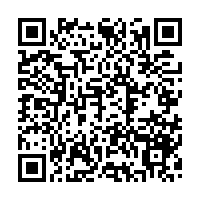