President Trump needs to explain the situation. Some Republicans on Sunday criticized Donald Trump for dining with white supremacist Nick Fuentes at the former president’s Mar-A-Lago resort in Florida (“Trump Must Make Amends to the Jewish Community, p. 14).

Trump said the encounter was inadvertent. If he does not explain himself, I and others cannot support him. Antisemitism and its promoters must be fought with vigor. He showed poor judgment. He should care what the media and people think. Seventy-five percent of Jews voted against him. I was attacked and maligned for supporting him.

Reader Israel Stern’s response in the Dec. 2 issue to Avi Ciment’s series on “The Modern Orthodox Conundrum” is a bit shortsighted. Stern writes, “The fact is that the yeshiva model fits their community while the Modern Orthodox paradigm fits theirs.”

Ciment stated that “…one in three Modern Orthodox children are no longer fully shomer Shabbos…” This is not merely a paradigm that fits their (non-observant) community. This involves a lifestyle of violations of the Torah. The yeshiva “model,” on the other hand, is called Torah observance. To view observance and non-observance of the Torah as simply different “paradigms” shows a serious flaw in one’s understanding of what the Torah and its laws represent.

Stern’s statement, “It’s a bit disingenuous for Mr. Ciment to tell Modern Orthodoxy that it must change and model itself after the charedi,” is a distortion of Ciment’s message. Ciment’s message appears to be that Jews are supposed to observe the Torah, period. And that’s the reason non-observant Jews should adhere to Torah law, not because of modeling themselves after the charedi.

Stern seems quite adamant that Jews should attend college for a better financial future. According to ResumeBuilder.com, 34 percent of employed college grads could have gotten their current jobs without a college degree, 84 percent of recent grads say finding a job was “very” or “somewhat” difficult, and 40 percent of recent grads still seeking employment have lowered their salary expectations. According to a 2021 survey done by the financial website Finder.com, 39 percent of Americans with degrees say they aren’t sure, or don’t think, that college was worth the money. And according to the job finder website, flexjobs.com, there is a shift in job requirements: “For some organizations, proving you can do the work is enough to get you the job without a degree … including Google, Netflix, Tesla, IBM, Penguin Random House, Bank of America, Hilton, and Apple … nearly half of Apple’s U.S. workforce includes people without four-year degrees.”

If such questionable benefits of a college degree don’t make you wonder if the expense of college is worth it, maybe, as a Jew, this should: Colleges of late have become cesspools of antisemitism, left-wing ideology, and anti-biblical values. Four years of college are more likely to leave one imbued with a deep sense of moral decay than a promise of a great financial future.

Avi Ciment detects numerous problems besetting the Modern Orthodox community. He struck a chord when he mentioned how his father “instilled the single greatest gift to me. He taught me that G-d created the world and gave us a blueprint on how to live our lives called the Torah.”

One of my own earliest childhood memories is also when in synagogue my father pointed to the Torah and brought me near to kiss it, as he explained that this is the book that G-d wrote and gave to us to live by.

Avi Ciment correctly concludes that “those who place Torah and mitzvot on the top of their priority list create a strong solid Torah foundation for themselves and their children.”

Yet there is another component to Torah observance which Ciment mentions in his reference to former editor of The Jewish Press Elliot Resnick, who posed the question: “‘Is it really more important for the average Jew to know the law of eruvim than it is to understand man’s purpose on this earth?'”

Non-observant and all too many observant Jews are oblivious to the purpose of Torah, mitzvot, and the commandment to create a Holy Nation in Eretz Yisrael for the purpose of being a “light unto the nations.” Most Orthodox Jews, and that includes the black hat, chasidic, and yeshivish communities, do not make aliyah. Their justification for not returning to our Holy Land had merit for the 2,000 years that it was either politically impossible or extremely challenging. However, with the miraculous rebirth of the State of Israel, not fulfilling the commandment that is equal to all of the others combined becomes an act of hypocrisy which dwarfs all other attempts to pick and choose which commandments to live by. Our children become unimpressed by this display of cognitive dissonance.

When Jewish people, including the Orthodox, brag that Israel is the only democracy in the Middle East, they are also implying that since the United States is also a democracy, why move?

Former Member of Knesset Rabbi Meir Kahane maintained that Hashem is drying up the Diaspora in preparation for the final Redemption. A return to Torah and mitzvot must include the return of the Jew to his home in Eretz Yisrael. As Rabbi Kahane pointed out, “the return to the Land of Israel is… a major commandment of the Torah…a commitment that manifests understanding of and faith and belief in the Jewish Destiny and the Jewish G-d and that sanctifies His name.”

Exile was and always will be a punishment, as witnessed by the rising tides of antisemitism. The Holocaust did not distinguish between the level of observance of the Jewish martyrs.

One of the failures of Jewish education, highlighted by modern Orthodoxy’s 30 percent dropout rate from being observant, is the reluctance to recognize the wisdom bequeathed by Rabbi Meir Kahane. Even Orthodox synagogues did not line up to give him a pulpit, yet I daresay that his books should be required reading in every yeshiva, day school, and men’s club. Nefesh B’Nefesh will thank you.

Room For All at the Table

I found the third part of Avi Ciment’s series on the Modern Orthodox conundrum (“The Solution”) to be well written and thought-provoking.

The truth is, Jews must band together and accept each other. Black hats can allow their kids to watch TV at grandpa and grandma’s house and a Modern Orthodox family can listen and contribute to long divrei Torah from their charedi or black hat nephew. Everyone can work together.

Modern Orthodox Jews have many kosher restaurants to eat in; they don’t need to eat non-kosher. Furthermore, many Modern Orthodox go to shul weekly, and a percentage go two or three Shabbats a month. There is no shift in Modern Orthodoxy. It’s being modern in an Orthodox way. It may include watching TV and the women wearing pants.

If No Protection, No Respect

The Respect for Marriage Act, which already passed the House, was approved by the Senate. The bill, though it gestures toward the First Amendment and Religious Freedom Restoration Act, it offers no meaningful new protections for religious freedom. Already, conscientious objectors – bakers, florists, Web designers – have had to spend years and fortunes trying to defend their right not to celebrate same-sex marriages. The bill does not protect nonprofit social services, nor does it address concerns over nonprofits’ tax-exempt status. The root problem is that same-sex marriage is based on the idea that the traditional conjugal notion of marriage has no justification in principle and must therefore yield to the newer notion based exclusively on an emotional commitment. If that’s right, then support for the former is simply irrational bigotry. Intolerance of traditionalists is a consequence that would be difficult to arrest, and lawmakers are, evidently, unwilling to try. 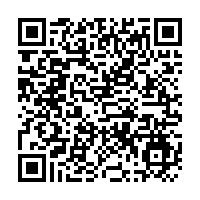