In his article “Clarifying Abortion in Halacha” (June 10), Rabbi Jeremy Wieder presents reasons why frum Jews should not be in favor of overturning Roe vs. Wade. Among his arguments he states that although a generation ago, “Rav Moshe Feinstein was unquestionably the most prominent posek” and his opinion was that feticide was murder (with some exceptions), currently “many major poskim” in the United States follow the view of Rabbi Eliezer Waldenberg that abortion is not feticide. Who are these “many major poskim?” In fact, there are no poskim of the stature of Rabbi Feinstein who disagree with his approach.


Rabbi Wieder further contends that Rav Moshe “opposed legislation prohibiting abortion.” There is nothing in Rav Moshe’s writings on the matter of abortion that would suggest that he held this view.

The Torah rejects a total prohibition of abortion with no mitigating circumstances whatsoever. Rabbi Wieder seems to feel that should Roe vs. Wade be overturned, the result would be a total ban on abortions in many states. However, even in the unlikely event that a total ban does pass in a minority of states, there will surely be funding and support for any woman who wants an abortion for a valid reason to seek it in a different state.

Rabbi Wieder states that “halacha does not require Orthodox Jews or Jewry to ensure [the observance of the Noachide Laws] by our fellow American citizens.” He apparently overlooked the words of Rambam (Hilchos Melachim 8:10) that obligates Jews to try to persuade gentiles to observe the Noachide Laws – which include the prohibition against abortion. There is no Rishon that I know of who argues with the Rambam on this issue. This is also the position of the Lubavitcher Rebbe, zt”l, who strongly held, like most poskim, that most abortions should not be permitted and that we must do what we can to encourage society to abide by the Noachide Laws.

Hundreds of thousands of potential innocent lives will be saved with the overthrow of Roe vs. Wade and is something we should support. The Rebbe’s position may not be popular, but it certainly is the Torah position.

Editor’s Note: We have clarified with Rabbi Wieder that when he stated that Rav Moshe “opposed legislation prohibiting abortion” he was referring to a 1989 Jewish Review interview with Rabbi Moshe Tendler, which we excerpted in last week’s Letters section.

We Are the Moral Compass

Farley Weiss, in his “Perspective” article (June 24) hit the nail on the head. Assimilation is rampant. No person who identifies as a Jew in 2022 is descended from a long line of Reform, Conservative, or Reconstructionist Jews. Every self-identifying “branch” of Judaism has a short shelf life. If you are aware that you are a Jew, you certainly are observant or have Orthodox observance in your family within a generation or two.

To be sure, the purpose of becoming or staying observant must present an inspirational appeal beyond ritualism. To be a Jew is to understand that we are the default position for a world that otherwise is quickly turning upside down. Common sense and traditional morality are under attack. Biblical values are at loggerheads with “woke” indoctrination. Owning a gun is a “biblical value.” Gender distinctions are biblical values. Marriage is a biblical value. Dennis Prager is spot on with his conclusion that “the war against Western civilization is a war against distinctions and order.”

I agree with Dennis Prager in his column “What Do ‘Men Give Birth’ And ‘Defund The Police’ Have In Common?” (June 24) but feel he did not complete the thought. He claims that leftists want to tear down existing institutions and biblical distinctions to promote disorder and chaos. It is interesting that chaos is not just a human condition but the end-state of the natural world. The second law of thermodynamics states that in a system, entropy (commonly defined as randomness or disorder) always increases with time.

Prager says that “the endgame of leftism is chaos,” but I submit that their endgame is not chaos per se, but a leftist Marxist state. Prager alludes to this but does not pursue it. The ultimate goal of the leftists in America (as everywhere else) was revealed when Barack Obama in 2008 openly stated that his aim was the fundamental transformation of America from a free-enterprise, democracy into a [totalitarian] socialist state. That has been the goal and main effort of the leftist-dominated Democratic Party ever since. Tearing down existing American institutions, culture, and history, thus leading to chaos, is just the first and necessary step in their desired “transformation.”

Watching the dissent over the Supreme Court rulings on abortion and handgun carry laws, two things are clear. First, the fanatical left does not respect the democratic system the Founders set up. And second, if they could, the progressives would support a totalitarian federal government as long as leftists held power.

On the right, there is deep disenchantment over liberal policies; that is obvious. But when Roe v. Wade was imposed in 1973, conservatives did not rampage or threaten the Supreme Court.

Yes, there were a few violent loons who damaged abortion clinics, but nothing like what we are seeing now from the left.

It is important to understand two things. One, that some progressives will try to actually hurt you if they believe you oppose their agenda. And second, some very powerful people WILL harm those with whom they disagree.

Hollywood is the template for that. It is extremely difficult for outwardly pro-life people, or even Trump supporters, to find work in the entertainment industry, including television. Studio chieftains and high-profile agents are doctrinaire liberals. They wouldn’t hold their positions if they weren’t.

The current situation in show business is worse than the McCarthyism of the 1950s.

Check Out the Tenth Amendment

Guns Not the Problem

Passing extremely strict gun control laws throughout the country is an excellent idea for only one reason – to prove that guns are not the problem. Does anyone honestly believe all the gun violence is committed by good, nice, decent people who turn violent because they came across a gun? Many people have guns and never use it to commit a crime. It’s high time we recognize there’s something called “evil.” They took G-d out of school and most of society. We’re seeing the results now.

My attention was drawn to The Jewish Press article “Survey Finds BDS Support Very Low – But Younger Americans Less Supportive of Israel Than Older Generation,” as well as a letter from Max Wisotsky titled, “If Jews Don’t Defend Themselves, Who Will,” (both June 10).

Right now in the United States, the radical Israel/Jew-hating left is on the verge of completely taking over the Democratic Party. When that takes place in the very near future, Israel will be destroyed and that means the ultimate Jewish holocaust. If the U.S. turns into a nation run by the radical left Democratic Party, there is no way Israel can survive, since the U.S. will be not only hostile to Israel but also be an antisemitic nation and a radical leftist enemy of Israel. The leftists also control our schools, which allows them to brainwash and indoctrinate America’s children to hate Israel and Jews generally.

It is true that there are Jew haters and Israel haters on the extreme right who have murdered Jews, but they are not part of the power structure. They are on the outside looking in. They can be dangerous and even lethal in individual situations, such as was the case in Pittsburgh in 2018, but they do not pose an existential threat to the Jewish people as a whole or to Israel.

On the other hand, the radical left is inside the power structure, like the so called “Squad.” They want to see Israel destroyed. Those inside the government, whether in Congress or Joe Biden’s regime, who carry this poison, are increasing in numbers with every election. If this trend continues, Israel is doomed. And if Israel is destroyed and its Jewish population is exterminated, the Jews of the Diaspora will be totally demoralized sitting ducks.

Let’s hope that the Republicans take the government back to sanity in both the 2022 and 2024 elections. Maybe if the Democrats go down to defeat and suffer massive losses, the Democratic Party will finally come to its senses and get rid of their radical leftist Jew-hating masters.

In the meantime, the Jewish community should create a Jewish defense corps that is well trained in the use of firearms and hand-to-hand combat. We need to make our enemies truly terrified of inciting the righteous wrath of the Jewish people. 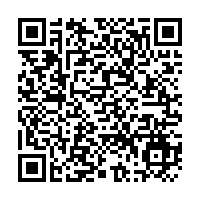