Regarding the reader response (May 20) to my article on divorce (“Not So Unusual Anymore,” April 29): Yes, divorce is often necessary; the Torah therefore permits it. And yes, physical and/or emotional abuse are reasons to get divorced, as is fear. But it’s also worthwhile to be aware of some of the “pitfalls” that may occur afterwards.


An irresponsible or oblivious husband is definitely horrendous to live with, whether it’s needing to do everything alone (like putting away Pesach dishes at night while husband is asleep in his bed), being constantly emotionally starved, and/or experiencing anguish from his negative interaction with the children, etc. But before going for the divorce, it is important to recognize some of the difficulties that may ensue.

I Thought It Would Be Different by Miriam Adahan and T.E. Klein (Jerusalem Publications) describes ways to deal with “difficult” people and survive, and offers recommendations for when to get divorced or not.

PS: I live in Eretz Yisroel, where we can send five-year-old children to the grocery, and fortunately there are several shuls all around.

Owning a Smartphone – or a Knife

In response to “Is it proper to own a smartphone?” (May 13), you can ask, “Should we own matches? Or knives? Or should we use gas, for stoves, boilers, etc.?”

So many items used for good can also be used negatively. It’s up to us to use them positively.

Let’s cut through the propaganda and tell the truth. (“After Neo-Nazi Shooting, Political Blame Game Begins,” May 20). The Biden administration and its media supporters are trying desperately to link “white supremacy” to the Republican Party. That strategy is designed to get more African-American votes for the Democrats and prevent independent voters from supporting the GOP.

So, immediately after ten black citizens were murdered by an 18-year-old racist in Buffalo, the white supremacy chant began.

To me, exploiting mass murder for political gain is heinous.

The corporate media disagrees and enables the exploitation to proliferate. Even when specific people are accused of “causing” the killings, an absurd contention, the media allows the slander and, in some cases, delights in it.

President Biden also uses the power of his office to demonize his opposition with the supremacy charge. That badly damages the office of the presidency.

Fair-minded Americans in both parties should recoil from this hateful strategy. Grieving should never be interrupted by hateful politics. But now in our country, it is constant.

Those who use tragedy to further themselves or a viewpoint should be condemned. And that’s the truth.

No Child Should Be Left Behind

I just wish to add to George Weiss’s important letter to the editor (April 22).

If we don’t provide affordable Jewish education for every Jewish child, we are facing a new kind of Holocaust.

We actually are in this situation today, and it began years ago.

In our community there were Jewish children who came from Russia. Some went to a regular school, yet some received a scholarship for a year.

Unfortunately, the families couldn’t afford to pay the high prices for their Jewish education. When the one year was over the children were sent to a regular school. Today they are intermarried or live a very secular life.

I don’t understand the negligence and the mindset of the people who run the Jewish school system. Do they truly think that the only children who deserve to go to a Jewish school are the very wealthy? Some parents sacrificed their income by paying for their kids’ education for many, many years.

When we received the Torah on Mount Sinai we were as one person. Therefore, we are responsible for each other.

Today our children are in danger to lose their G-dly spark which yearns to be attached to Judaism.

What is happening to our children today? Our mission today is to provide them with a solid Jewish education. This important mission has never been more vital than it is at this moment. We must pass the story of our heritage on to our children, who will then pass it on to their children, as has been done for many centuries. The question is who will be the most valuable of Hashem’s messengers who could create an education in which no child will be left behind?

While I have very little respect for the Democrats in Congress, Eliot Engel was the Democrat in the House of Representatives whom I respected the most. Although he was very liberal on social and economic issues, he was consistently pro-Israel. For that reason, I believe Bernie Sanders and Alexandria Ocasio-Cortez, two radical socialists, were against him and supported Jamaal Bowman, his opponent, in the Democratic Party primary. Congressman Bowman has already shown his hostility to Israel and his radical agenda. 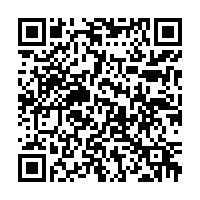