About a decade ago the Monitor recommended a bunch of books on U.S. presidents and the Middle East and then updated the list a few years later. With interest in the 2012 presidential race heating up, another look at the list seems in order.

These are not necessarily the best presidential biographies but are strong in terms of presidential attitudes and policies toward Israel.


Truman, the Jewish Vote and the Creation of Israel by John Snetsinger (Hoover Institute Press, 1974): In-depth account of the struggle for a Jewish state during the first three years of the Truman presidency. Very strong on how the 1948 presidential election influenced U.S. policy.

A Safe Haven by Allis and Ronald Radosh (Harper, 2009): The most recent addition to the Truman/Israel library, the book makes use of newly released documents but is a little too sympathetic to Truman, whose vacillation on the issue of a Jewish state was punctuated by anti-Semitic outbursts.

Eisenhower and the American Crusades by Herbert S. Parmet (Macmillan, 1972): A thorough look at the Eisenhower administration, with considerable attention paid to the Suez Crisis of 1956. Despite its having been written before the release of many classified Eisenhower-era documents, the book has aged well.

“Let Us Begin Anew”: An Oral History of the Kennedy Presidency by Gerald S. and Deborah Hart Strober (Harper-Collins, 1993): Real inside stuff here; the Strobers interviewed dozens of surviving Kennedy-era officials and opinion-makers who spoke candidly and on the record, many for the first time, on the major issues of the day.

Support Any Friend: Kennedy’s Middle East and the Making of the U.S.-Israel Alliance by Warren Bass (Oxford University Press, 2002): A worthwhile read, though Bass gives Kennedy too much credit for the U.S.-Israel partnership that really began to blossom during the Johnson and Nixon years.

Flawed Giant – Lyndon Johnson and His Times, 1961-1973 by Robert Dallek (Oxford University Press, 1998): The second and concluding volume of an authoritative biography, with the focus here on Johnson’s vice presidential and presidential years.

Nixon: An Oral History of His Presidency by Gerald S. and Deborah Hart Strober (HarperCollins, 1994): The Strobers do for Nixon’s presidency what they did for Kennedy’s (see fifth entry above).

The Presidency of Gerald R. Ford by John Robert Green (University Press of Kansas, 1995): The definitive history of the Ford administration has yet to appear, but this offers a good examination of the Kissinger-Ford Mideast policy.

The Presidency of James Earl Carter, Jr. by Burton I. Kaufman (University Press of Kansas, 1993): As with Ford, a comprehensive history of the Carter presidency has yet to be written; in the meantime, this account touches on all the important points, with interesting details on the Camp David negotiations.

President Reagan: The Role of a Lifetime by Lou Cannon (Simon & Schuster, 1991): A big book by a political reporter who covered Reagan longer than just about anyone else. Reagan: The Man and His Presidency by Gerald S. and Deborah Hart Strober (Houghton Mifflin, 1998): Yet another superb oral history from the Strobers.

George Bush – The Life of a Lone Star Yankee by Herbert S. Parmet (Scribner, 1997): Fair to its subject and rigorously researched, with a detailed account of the Gulf War and the Bush-Baker Mideast policy.

The High Cost of Peace by Yossef Bodansky (Prima, 2002): A smart and informed recounting of how U.S. diplomacy during the administrations of the first President Bush and President Clinton undermined Israel’s security and left the U.S. more vulnerable to Islamic terrorism.

American Presidents, Religion, and Israel: The Heirs of Cyrus by Paul Charles Merkley (Praeger Publishers, 2004): An examination of how the religious backgrounds of American presidents have influenced U.S. foreign policy.

Lost Years by Mark Matthews (Nation Books, 2007): The book’s subtitle – “Bush, Sharon and Failure in the Middle East” – makes the author’s bias clear, but this is a detailed and for the most part objective account of the U.S.-Israel relationship from 2001 through Ariel Sharon’s stroke in 2006. 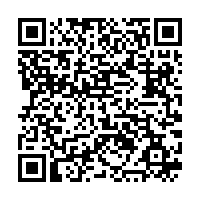