Jews Force the Sacramento Turnverein to Cancel! That was the distress signal posted this week on the website of the International Revisionist Conference (IRC), a gathering that had been scheduled for the weekend of April 23-25 in Sacramento; was to be dedicated to the notorious Holocaust denier Ernst Zundel (described on the IRC website as a “prisoner of conscience” jailed by Canadian authorities “at the behest of the powerful and vindictive Holocaust Lobby” merely for “expressing his views on the second World War”); and promised to feature presentations by many of the world’s foremost Holocaust deniers – Horst Mahler, Mark Weber, Bradley Smith – along with, shockingly, the Israel-based author and conspiracy theorist Barry Chamish. (More on Chamish later.)

Addressing the doubtlessly crestfallen conspiracy-mongers who already had one foot out the door on their way to the conference, the IRC announcement lamented, “We will lose a small fortune…. Please cancel your flight and hotel room, so you don’t lose any more money…. Of course the money we have put out for flight tickets will be lost….”


The Sacramento Turn Verein (‘turn verein’ is German for “gymnastic club”) is a 150-year-old institution whose facilities house a library and a German American Cultural Club. Member ship is unrestricted and, according to a Turn Verein spokesman, “consists of men and women of all races, creeds and religions.”

A press release issued by the Turn Verein stated:

“A few months ago, a representative of an organization calling itself the European American Culture Council inquired with a member of our staff about renting a meeting hall for the purpose of holding a conference…. When our staff member asked about the nature of the conference and the content of the program the representative misrepresented himself and concealed the fact that the conference was in fact to be a gathering of Holocaust deniers.

“It was not until the publication of an article in the Sacramento Bee on April 15, 2004, that our organization learned that this so-called Culture Council was in fact a front for a group called the International Revisionist Conference…. Accordingly, the Sacramento Turn Verein has promptly advised this group that they are not welcome here on April 23 or at any other time and that they will not be permitted the use of our facilities.”

Now, about Barry Chamish (whose book on the Rabin assassination was serialized by The Jewish Press). Why, in the words of Middle East scholar Daniel Pipes, would Chamish “stoop this low” and agree to speak at a conference dedicated to the notion that the murder of six million Jews was at best a gross exaggeration, at worst an outright lie, cooked up by the nefarious Jews?

Chamish is, of course, as far as one can get from being a Holocaust denier, and he apparently agonized over his decision, changing his mind on at least one occasion. But any claim he might make about having hoped to change some minds rings hollow when compared to the enormity of a Jew who lives in Israel traveling to California to participate in this sort of gathering. (Organizers of the conference referred in their publicity materials to Chamish as a “Holocaust believer” – as though acknowl-edging the reality of the Holocaust is akin to accepting an unprovable proposition on religious faith alone.)

Steven Plaut, a frequent contributor to The Jewish Press, has long been critical of Chamish, whom he describes as a “certified and certifiable crackpot.” Plaut grants that Chamish raised some questions and pointed out “seeming inconsistencies” in the official explanation for the Rabin assassination. “Yes,” he says, “there is much that is rotten in the Israeli government. Yes, the Shin Bet used Avishai Raviv as an agent provocateur. Yes, the government stonewalled questions about Raviv.”

But, he cautions, “none of this can be taken as supporting Chamish’s overall scenario.” Plaut also pointed out to the Monitor that Chamish has a history of making some rather eyebrow-raising claims. “Chamish,” says Plaut, “spent many years “researching” UFO abductions and flying saucers. In addition, Chamish claims Shimon Peres was responsible for knocking down John F. Kennedy Jr.’s plane, that the Council on Foreign Relations controls the world and that Peres is its nefarious agent.” 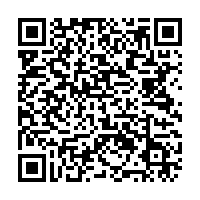