Another week, another clip file bulging with fresh examples of the media’s accelerating campaign in support of Democratic presidential candidate John Kerry. In fact, it’s difficult to recall a presidential race where the media’s liberal spin was both so blatant and so early in coming.

A particularly revolting example of hackwork was turned in on Feb. 11 here in New York by CBS 2’s Marcia Kramer. Under the pretext of covering President Bush’s visit to Long Island, Kramer spent much of her report rehashing the already old and purely media-generated controversy over the Bush ads that contained a few seconds worth of 9/11 imagery.

At the time of Kramer’s hit piece, it was already well established that almost all of the handful of relatives of 9/11 victims who had appeared the week before on every newscast under the sun were of a singularly left-wing political bent. But that didn’t deter Kramer from opening her piece on this disingenuous note: “Last week President Bush came under fire for using images of 9/11 in his campaign ads.”

That Bush “came under fire” from a small group of Kerry supporters and opponents of not only the war in Iraq but of toppling the Taliban in Afghanistan went unmentioned, of course. A little further on in her piece Kramer amended her original statement, this time saying that “President Bush’s first campaign ads were loudly criticized by some.”

But by making the week-old supposed controversy over the ads a centerpiece of a report about a well-received presidential visit to Long Island – and giving a small band of gay and antiwar protesters equal time with Bush supporters – Kramer turned her dispatch into something that could have been used as a Kerry campaign commercial.

Hardly. The article concerned the appearances the day before by top administration officials on the Sunday morning talk shows. Secretary of State Colin Powell, National Security Adviser Condoleezza Rice and Defense Secretary Donald Rumsfeld marked the first anniversary of the Iraq war by reiterating the administration’s view that the war was just and necessary. Powell, Rice and Rumsfeld “attack dogs”? Think the headline writers at Mortimer Zuckerman’s mediocre rag ever referred to high-ranking cabinet members of a Democratic administration in such disrespectful terms?

Finally, we come to the CBS News/New York Times poll released earlier this week. This is how the Media Research Center described the double standard at play at CBS News:

Meanwhile, the headline atop the Times’s story on the poll was “Nation’s Direction Prompts Voters’ Concern, Poll Finds.” The reader had to make his or her way down through seven paragraphs of what the Times tried to present as ominous-sounding news for President Bush to learn that “the two men are effectively tied, with 46 percent of voters saying they supported Mr. Bush and 43 percent backing Mr. Kerry.”

The chart accompanying the story revealed that on most questions – particularly those concerning personal approval, leadership and believability – Bush did as well or better than Kerry. No wonder the Times buried the story on page 24 rather than feature it – as the paper normally does with its polls – on top of page 1. 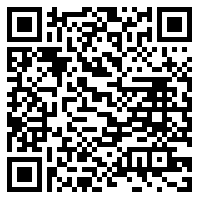