The dust still hasn’t settled on three recent and significant Middle East developments. But it seems something big is in play.

The takedown of the ISIS caliphate is a virtual done deal, presaging an end to the extraordinarily complicated joint efforts of the U.S., Russia, and Iran/Hizbullah, which placed the Middle East in something of a geopolitical political cocoon. While there existed a tacit understanding among the aforementioned parties to cooperate on common narrow interests, there were overarching difference that were submerged. Now those differences will surely drive events.


The key would seem to be that with the Russian efforts against ISIS in Iraq and Syria came the embedding of a vast Russian military presence. Similarly with Iran and its Hizbullah surrogate. Indeed, the latter is now in direct proximity to the Golan Heights in force. The threats to Israeli security and vital U.S. interests in that part of the world are manifest and presumably will be addressed by both countries.

As the leading Arab protagonist against Iran’s goal of Middle East hegemony, Saudi Arabia can be expected to assert its interests as well by attempting to thwart Iran/Hizbullah’s plans for the region.

The Saudi announcement of the arrest of 11 key members of the Saudi royal family was widely interpreted as an effort to consolidate power by Crown Prince Mohammed bin Salman, the favorite son of and senior adviser to King Salman. The crown prince already is the dominant figure respecting Saudi military and foreign policies. So the arrests are consistent with the notion of a clearing of the decks in anticipation of addressing the Iran/Hizbullah issue.

Similarly the resignation of Lebanese Prime Minister Saad Hariri. The Saudis had long been the patrons of the Sunni Hariri, whose presence in the ruling coalition allowed the Shiite Hizbullah – the real power in the Lebanese government – to claim there was a unity cabinet in charge. Mr. Hariri’s departure, reportedly under Saudi pressure, is seen by analysts as part of the overall effort to diminish Iranian influence. Indeed, his resignation statement was delivered from the Saudi capital of Riyadh and contained strong condemnations of Iran and Hizbullah.

As a footnote to all this, Mr. Hariri’s resignation followed several weeks of U.S. and Saudi verbal attacks on Iran as well as the imposition of new U.S. sanctions against Hizbullah.

As usual, Israel’s security is directly on the line. At least the current U.S. administration, in welcome contrast to its predecessor, seems fully cognizant of the Iranian threat to both Israel and the U.S. 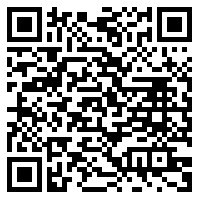