Editor’s Note: In light of the positive reader response to Marina Tiemkin Davidovsky’s Sept. 1 op-ed article, “Kidnapped as a Teenager by the KGB,” veteran Soviet Jewry activist Glenn Richter asked Marina for more information. The following is about as much as she’s emotionally able to deal with at this time.

As with the Sept. 1 article, Rabbi David Stahl translated from her Hebrew. He has added his own follow-up to flesh out some of the details:

My memories of growing up in Moscow are mostly connected to my father, Dr. Alexander Tiemkin.

I spent most of my time with him, and he always taught me interesting things like the French language, mathematics in the form of games, how to ride a bicycle, etc. He also told me many history stories, both from the fields of general history as well as from the history of the Jewish people.

We took many walks in Moscow. My father accompanied me to school every morning. During school vacations my father and I spent time skiing together at vacation spots, and chatted with each other a lot.

My father took care of all my needs on a regular basis. When I was ill, he took care of me by himself, always making sure I was in a good mood and of a happy composure.

He radiated a great deal of love and warmth toward me, as did my paternal grandmother: I received a lot of love and warmth from my father’s mother, and I loved her dearly. That’s why it hurt so much when the Soviet authorities forbade me to visit her, and, in general, did not allow us to be in touch with each other.

To the best of my memory, my mother was less involved in my life as a child, and I always felt a greater emotional attachment to my father. When the issue of aliyah to Israel began, my mother started to behave in an aggressive way toward me, assisted by her own mother. The two succeeded in making life miserable for my father and for myself.

As a 12- and13-year-old girl, I was in touch with my peers, some of whom were Jewish. I knew I eventually would marry a Jew, educate my children as Jews, and maybe even make aliyah to Israel. At the time, it was just wishful thinking. But dreams come true, and that’s what really happened.

In all the years my father ran the campaign on my behalf to get me out of the Soviet Union after he himself had finally managed to make aliyah, I was unaware of things. I had no phone contact with him. Letters were confiscated and it was absolutely forbidden to be in contact with my paternal grandmother or with anyone connected to my father. I was under constant surveillance until I married in 1980.

Fear continued to surround me all those years, and I literally ran away from anyone who wanted to talk to me or give me letters from my father. It was clear to me that the sanctions the authorities once used against me could easily be reapplied.

Only toward the end of 1989 did I speak on the phone with my father. Two months after our first conversation we met at Ben Gurion Airport in Israel, after a 17-year-long separation.

Marina’s father made aliyah in 1973 and ran a worldwide campaign for his daughter’s release. He was supported largely by grassroots activists such as the Student Struggle for Soviet Jewry. Israeli authorities and official Jewish organizations in the U.S. mistakenly tended to disbelieve that Marina was under enormous Soviet psychological pressure to recant her desire for aliyah.

We now see from her own testimony that her father was correct.

Dr. Tiemkin is a nuclear physicist, well known in his field. He did research at Tel Aviv University while simultaneously carrying on his intensive campaign for Marina.

While studying education in Moscow, Marina met Gregory Davidovsky, a fellow student. The two married after completing their studies and had two children, Julia and Michael.

Gregory works in the transportation field.

In 1989 Dr. Tiemkin’s efforts began to pay off as the Kremlin allowed Marina and her husband to visit her father in Israel. Their two children were held back as hostages. But by the next year the whole family received exit visas. They reside in Rishon LeTzion, as does Dr. Tiemkin.

Dr. Tiemkin has been in failing health in recent years. He believes that during the time he was attempting to leave the USSR someone had regularly put ground glass in his drinking water.

Ironically, after Marina’s mother was left alone, she too eventually left for Israel, and passed away this year. Marina’s beloved paternal grandmother, Fanny Tiemkin, died in Moscow before her granddaughter’s aliyah.

Marina’s story is truly an inspiration to all those who desire to understand what motivated Jews in Russia to seek their right to emigrate. After 25 years of public silence, it’s amazing that she has decided to publicly share even some part of her personal tribulations. 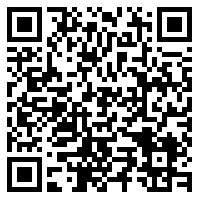