With the arrival of the new year, we must stop to reflect upon our deeds in order to pave the way for self-improvement. The current crisis here in Israel indicates that there is a serious problem. By drawing the necessary conclusions now, we can emerge from these difficulties into the light of solace and salvation.

Over the years we have been negligent about criticizing government systems. We preferred to seek out the good in the country rather than focus on its shortcomings. Criticizing inevitably offends people. A person who criticizes is liable to overlook all the good that God has bestowed on us through the ingathering of the exiles and the establishment of the State of Israel.


This approach, however, was problematic, to say the least. It is too easy to feel partnership with those in power and receive a small piece of the “cake” of that power. For a long time we in the national religious camp believed that if we adopted an approach of love, we would receive love in return. We thought that if we acknowledged the worth of the values espoused by forerunners of Israel’s secular public, they would in return acknowledge the importance of Torah values. The schisms would be mended, the polarities would dissolve, a process of mutual fertilization would evolve.

This situation, we believed, would lead to the building of a value-grounded Jewish society that would advance, stage by stage, until reaching a level of complete faith in God, His Torah, and all lofty human ideals.

The destruction of the thriving Gush Katif community, the cruel expulsion of the settlers, the suppression of those who demonstrated against the state and the government – these matters taught us that the working-from-within approach is destined to fail. The establishment behaved toward the religious-Zionist community in a manner reflecting what our sages say: “Be careful with [those in] authority, for they do not draw a person near except for their own needs. They appear as friends when it is to their advantage, but they do not stand up for a person in his hour of distress” (Avot 2:3).

When it was necessary for us to request help from the courts, the media, the IDF, and the police, everybody closed their ears and hearts and sided with those bent on destroying us. All their talk of democracy, justice, and morality turned out to be worthless. We can see that their befriending us was for their own good, in order to strengthen their control.

We must make a shift, moving away from the approach that calls for criticizing particular aspects of the system in order to mend things from within. It is time to critique the very foundations of the establishment in order to change things from the bottom up.

We must criticize the Israeli media elites who have become mouthpieces for anti-Jewish and anti-Zionist propaganda, distorting reality to the point where we ought to use the term “falsehood” (tishkoret) instead of “media” (tikshoret).

We must uncover the true face of those leaders whose true motivation is personal good. In order to deceive innocent citizens, they portray themselves as individuals who spend their days and nights laboring for the good of the nation and the homeland. Further, we must expose the lifestyles of the state’s wealthy who are disengaged from values and from Judaism.

We must voice criticism of the High Court. Even if its members are not personally corrupt, their arrogance knows no bounds. They ridicule Jewish values and, without having been chosen for such, determine the domestic and foreign policy of the state of Israel. Without thinking, they make decisions that endanger the existence of the Jewish people in the land of Israel.

Only constructive criticism that is penetrating and continuous has the power to possibly bring about a change for the better. It is likely that, initially, only a handful of those targeted will actually respond to the criticism. The great majority will resent it and prefer to keep their heads in the sand.

At the outset progress will be difficult and slow, and we will have to fight for every additional percentage of support. But eventually the effect of the criticism will be noticeable, and in a relatively short period of time we will be able to begin changing the establishment for the better. 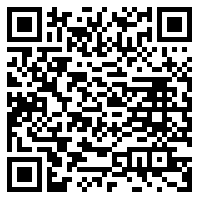