As the final votes are being tallied, among the major takeaways one thing is clear: Benjamin Netanyahu won a decisive victory over his challengers. Garnering 36 mandates is the best-ever showing for the embattled prime minister over a span of nine different elections in which he ran at the head of the Likud Party.


By earning four seats more than the Blue and White Party, led by challenger Benny Gantz, Likud definitively raised itself above its main rival. In the April election, the two major parties tied at 35 mandates apiece; and in September, Blue and White edged out Likud by one seat for a total of 33-32.

Aside from Likud’s direct four seat victory, the secondary votes distributed among members of each prime ministerial candidate’s allies paint an even more dramatic picture.

Ahead of these third elections, a bloc that includes the Shas, United Torah Judaism and Yamina parties all (once again) has pledged their explicit support for Netanyahu’s continued premiership. With Likud, the bloc received 59 mandates. Across the political spectrum, only the Labor-Meretz party has pledged its support for Gantz. Together, Blue and White and Labor-Meretz received 39 mandates.

The 20-mandate gap (59-39) represents a landslide victory for Netanyahu and his supporters over the direct and secondary supporters for Gantz. By contrast, this specific gap between the blocs increased from just 15 seats (60-45) in April’s first election and 12 seats (56-44) in September’s second round.

Despite the outsized gap, the total currently leaves Netanyahu precariously two seats shy of a 61-seat parliamentary majority prior to the start of upcoming coalition negotiations.

The collapse of Israel’s left-wing

In both the April and September elections, the parties sitting to the left of Blue and White—Labor and Meretz—ran as independent parties. In April, the two parties combined for a total of 10. In September, the parties totaled 11 seats. In these third elections, the parties ran as a combined list and together received only seven seats—the lowest showing for Israel’s once-dominant left-wing in the history of the modern State of Israel.

By contrast, back in 2015, the Zionist Union (Labor and Hatnua) party alliance and Meretz together totaled 29 seats.

While the left-wing Labor and Meretz parties bled four more of their remaining mandates to Benny Gantz this week, Blue and White has lost two seats (35) since its first campaign in April, and managed just the same total (33) as September. In short, while Blue and White essentially picked up four seats from its left flank, it simultaneously bled an equivalent number of seats out to its right.

The growth of the Arab parties

Back in April, Arab parties ran on two-separate lists totaling 10 mandates. In September, the Arab parties united and secured 13 seats amid a major campaign to increase Arab voter turnout. This week, the Joint Arab List received 15 seats, an increase of five seats in just a year.

Arab parties have historically never joined any Israeli government, left or right, since the establishment of the State of Israel on ideological grounds. As such, eligible Arab voters have never come out in large numbers on election day. Yet in the past year, major efforts have been made by the Arab parties to dramatically increase Arab voter turnout.

Meanwhile, the Joint List still has no intention of joining a government led by Netanyahu or Gantz, and most of its Knesset members explicitly oppose the foundation of Israel as a Jewish State. As such, there are only 105 pro-Israel and pro-Zionist Knesset members. Of those 105, a clear majority support Netanyahu.

Since Israel’s 120-member Knesset is selected based on proportional voting, had the Arab parties received only 10 mandates as they did less than one year ago, the distribution of votes would have given Netanyahu and his allies a clear 61-seat parliamentary majority. With their increasing mandates, the Arab parties are wreaking significant havoc on Israel’s electoral system, effectively preventing either Israel’s right-wing or left-wing from forming a majority.

Avigdor Lieberman’s resignation as Defense Minister in November 2018, and the removal of his six-seat hawkish Yisrael Beiteinu Party from Netanyahu’s previously stable 67-seat right-wing majority government served as a major catalyst in setting early elections into motion. (Elections had originally been scheduled to take place only in November of 2019.)

Immediately following the April 9 round, Lieberman recommended Netanyahu as prime minister, giving his former ally 65 recommendations—more than enough to form a new stable right-wing government. However, Lieberman and his then five-seat party refused to join a new Netanyahu-led government. At the time, Lieberman claimed his right-wing party was suddenly opposed to policies demanded by Netanyahu’s religious-party allies, including army exemptions for religious males. This unexpected refusal to join the members of a coalition he had previously sat together with for years left Netanyahu and his allies with only 60 seats—just one short of a parliamentary majority, which became the catalyst for the second elections.

On Sept. 17, Lieberman’s party rose to eight seats. Lieberman subsequently refused to recommend either Netanyahu or Gantz for prime minister, and demanded a unity alliance between Likud, and Blue and White, on the basis of a rotation arrangement between the two party leaders. Such an alliance never materialized, precipitating yet a third election.

While Lieberman is almost singlehandedly preventing Netanyahu from forming a new government, like the Arab parties, he, too, is holding Israel’s political system hostage and ignoring the results of the elections.

The political impasse preventing the formation of a government has kept each of Israel’s ministries from passing new budgets for more than a year and is fraying the patience of the public. It remains unclear how Lieberman will proceed in the days and weeks ahead. Yet it is clear that Netanyahu cannot trust Lieberman—who over the years has notoriously resigned multiple governments—to be a stable coalition partner.

Likud leader is following letter of the law

In the days prior to the elections, Blue and White pasted major billboards likening Netanyahu to Turkey’s Islamic dictator Recep Tayyip Erdoğan, claiming that Netanyahu, is subverting democratic principles by attempting to use his continued premiership as “get out of jail free card” for three separate corruption cases that are tentatively scheduled to begin on March 17.

Several weeks prior to this latest election, Netanyahu withdrew a request for temporary parliamentary immunity once it became clear that the transitional interim Knesset would not grant the request.

Yet Israeli law explicitly states that a prime minister—unlike others in the government—is not legally required to resign if indicted. Furthermore, a prime minister is not required to resign if convicted of crimes until all appeals have been exhausted—a process that could enable Netanyahu to remain in office for several years even if he is found guilty of the highly-questionable charges against him. And while Blue and White claims that Netanyahu is subverting democracy, the Likud leader is following the letter of the law with regard to a prime minister under investigation and indictment.

Furthermore, he has repeatedly asked the public to democratically renew his mandate in the face of immense pressure from his political opponents, Attorney General Avichai Mandelblit and the judicial system, as well as a notoriously antagonistic media.

For nearly two years, the public has known about Mandelblit’s probe into Netanyahu’s conduct, with many of the details including classified transcripts being illegally leaked as evidence in an attempt to convince the public not to renew Netanyahu’s mandate.

It is likely that the Supreme Court will now hear petitions against Netanyahu’s continued leadership, as Gantz, Lieberman and the media can be expected to once again double-down on their attempts to replace Netanyahu, especially as Netanyahu still sits just shy of a 61-seat parliamentary majority.

In other words, once again Israel’s overly vibrant hyper-democracy has proven through a definitive 20-mandate victory that after 11 years at the helm, only the voters still want Netanyahu to be their leader. 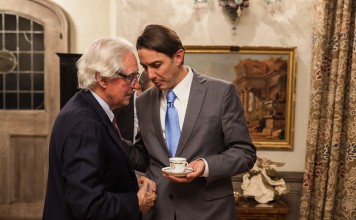