Since the beginning of the American Jewish day school movement, families have struggled to pay tuition. Over the decades, the financial hardship for many day schools and their families has gotten progressively worse. The problem has been the subject of countless articles, forums, conferences, and debate. Yet after all the talk, there is still no viable solution.

In September 1966, nearly half a century ago, the Jewish Observer featured an article that discussed efforts to establish a United Yeshiva Fund to ease the cost of day school tuition. Unfortunately, all attempts to get it off the ground were unsuccessful. One of the major hurdles was that those in the Orthodox community with the means to contribute were by and large not sympathetic to Orthodoxy ideas, including the importance of Torah education.


The situation today, however, is vastly different.

In April 2013, Forbes Israel reported that there are 165 Jewish billionaires around the world with a combined joint wealth of $812 billion. More recently, CNBC published an article on a study just completed by Wealth-X and UBS that finds the global population of billionaires has surged past 2,000, up from the previous estimate of 1,200-1,600 with a combined wealth of $6.5 trillion. Using this growth trend, in all likelihood, the current combined joint wealth of global Jewish billionaires is closer to $1 trillion.

So how much wealth exists in the American Orthodox community? To my knowledge there has not been a scientific study done on this subject, but there are likely between ten and twenty billionaires and perhaps a couple of thousand with a net worth of over $100 million. If you include Jews who are traditionally inclined but not halachically observant, the numbers are even greater. With such great wealth, one would think our community could organize to find a solution to finally make Jewish day school education affordable in America.

According to the National Association of College and University Business Officers and the Commonfund Institute, in fiscal year 2012 more than 70 colleges and universities had endowments of over $1 billion, including Yeshiva University with an endowment valued at $1.054 billion. The mainstream Orthodox Jewish community in America surely has the resources to replicate this model on a national scale and create a multi-billion dollar national endowment fund.

How would the money be raised?

For this to actually happen, the cause would need to be championed by a small group of individuals across mainstream Orthodoxy who are professionally accomplished, greatly respected, and exceedingly wealthy. Peer to peer solicitation is by far the most effective form of raising funds and only such individuals can go to their peers and ask them to join together to help address this problem. The funds would be raised by a combination of gifts of cash and appreciated assets such as stocks, bonds, and mutual funds which are easily transferable and in most cases easily valued. Other gifts could include life insurance policies, retirement plan assets, private equity and real estate.

How would the leadership be structured?

What would be the criteria to be eligible as a beneficiary school?

Audited financial statements including an enrollment report opined on by a CPA firm would be a requirement. Firms would be chosen from an approved list to ensure the audit’s preparation by an experienced audit staff subject to peer reviews. In addition, standards for participating schools would be established for proper financial management and a consistent financial reporting format.

Finally, participating schools would be required to sign a pledge not to increase the assessed tuitions as a result of the allocations families receive from the fund.

What would be the criteria to be eligible as a beneficiary family?

Eligibility criteria for families paying tuition to qualified schools would be liberal in order to include oft-squeezed middle to upper class families that rarely receive financial aid. However, in order not to include very wealthy families who are in no financial hardship, only families paying an aggregate tuition of approximately 10-15 percent above their adjusted gross income in tuition to qualifying schools would be eligible. This would enable a great number of families to receive this benefit.

How would allocations be determined and made?

There would be two annual payments sent to the school. One would include a detailed list of the qualifying families and the amounts to be used toward their assessed tuition. The second would be for the school, to be used for its operating budget. The portion to families would provide them with much needed financial relief. The portion to schools would provide funding to help stabilize tuition rates as well as provide staff with salary increases to help attract and keep high quality teachers.

Who would be responsible for investment decisions?

The governing body would create an investment committee from the fund donors who are top-of-the-field investment professionals.

How would the fund assets be safeguarded?

The governing body would create a financial oversight committee that would take a hands-on approach in overseeing the fund management. The committee would be comprised of experienced professionals and be responsible for establishing checks and balances, as well as comprehensive internal and financial controls.

Who would own the fund?

What type of transparency would there be?

There would be an annual meeting of all donors. Donors would receive a full briefing on the status of the fund as well as a copy of the fund’s audited financial statements.

The purpose of this blueprint is to start a discussion. It is surely in need of further thought, debate and fine-tuning. It will also require great achdus among the broad spectrum of Orthodoxy in order for it to succeed. With the proper hishtadlus and zechusim, this solution can succeed and bring financial relief to countless struggling families and schools. 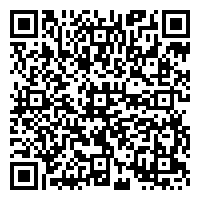