For seven months, Hamas has led attacks on Israel’s border with Gaza, beginning with weekly civilian marches that have turned into daily hard-core terror attacks on IDF troops and attempts to infiltrate civilian border towns. Not to mention the 12,000 dunams of forests and thousands more of agricultural fields that have been burned to a crisp by the incendiary balloon attack campaign. And now, renewed rocket attacks on Israeli cities.

Short of a full-scale military campaign to re-conquer that the Gaza Strip and crush Hamas – something that would entail enormous casualties on both sides and thus isn’t in the offing – there is no simple solution to the Hamas challenge.

The most that Israel can do is frequently “mow the grass” to degrade enemy capabilities and deter Hamas for extended periods of time. And in fact, Israel has been forced into three rounds of warfare since Hamas overthrew the Palestinian Authority and conquered the Gaza Strip in 2007.

Prof. Efraim Inbar and Dr. Eitan Shamir argue that in a situation of protracted conflict against an implacable, well-entrenched, non-state enemy like Hamas, the use of force cannot be intended to attain impossible political goals, but is rather a strategy of attrition designed to temporarily deter the enemy and bring about periods of quiet along Israel’s borders.

Just like mowing your front lawn, this is constant, hard work. If you fail to do so, weeds grow wild and snakes begin to slither around in the brush. So too, reducing enemy capabilities and ambitions in Gaza requires Israeli military readiness and government willingness to use force intermittently, while maintaining a healthy and resilient Israeli home front despite repeated military offensives.

“This is frustrating to Israelis,” Prof. Inbar says. “But a war of attrition against the Hamas is probably our fate for the long term, and we will quite frequently need to strike Gaza in order keep the enemy off balance.”

The question is whether Israel used enough force in Operation Protective Edge in 2014 and inflicted enough pain on the enemy to purchase a sizable chunk of time as respite before the next round of “grass mowing.” And if Israel gets dragged into another round of intense warfare with Hamas this weekend or next, we need to ask whether the cabinet will authorize enough force to beat down Hamas for an even longer period going forward. A draw with Hamas is strategically unsatisfactory.

In 2014, the IDF destroyed about 3,000 of 9,000 rockets that Hamas was estimated to have in its possession prior to the conflict. The less than 200 Palestinians killed in the Protective Edge air bombing campaign were meaningless to Hamas; tragically, this is not a significant number from a Hamas perspective. Nor did the physical destruction of homes and facilities wrought by Israel’s bombings frighten the Hamas too much, either.

Worst of all, Hamas senior political and military leadership cadres were largely untouched. They survived the war just fine, hiding underground. The “most powerful military in the Middle East” – the IDF – failed to successfully target Hamas’ decision-makers.

And in the process, Hamas showed that it can force five million Israelis into shelters and target almost every square centimeter of this country. It was only Israeli technological ingenuity (Iron Dome) and a well-disciplined and truly resilient Israeli home front that prevented serious loss of life in Israel.

On the plus side of the ledger, Israel managed 50 days of warfare against Hamas without bringing about a larger regional conflagration. Hezbollah did not open a second front against Israel, and the West Bank remained mostly quiet too.

Since then, Israel’s defenses against Hamas terror attack tunnels and missile attacks have greatly improved, as has the readiness of IDF ground forces. The IDF and IAF are better equipped than ever with tactical communications systems, exact targeting systems, accurate field intelligence, outstanding cyber abilities and robotic weapons, alongside world-leading air and naval platforms.

And today Israel has better backing from the Trump administration than it did from the Obama administration in 2014. This is critically important to Israel when entering a security campaign that will inevitably engender diplomatic pressures.

This means that if Hamas doesn’t back down fast – and perhaps the Egyptian mediators might yet broker a deal for quiet – Israel is ready for a fierce campaign involving pinpoint commando operations and targeted assassinations. The IDF can pounce with crushing blows, without conducting a full-scale ground invasion.

OF COURSE, SUCH TOUGH military action will raise international hackles, with the European Union and other incessant critics snorting about the unacceptable use of “disproportionate force” by Israel.

Israel will have to rebuff such reproach. The demand for “proportionality” in military conflict seems to be a nonsensical special law cynically applied only to Israel – as if Israel was in a sportsmanlike joust with Hamas.

And EU hectoring about proportionality? Do EU governments demand proportionate response from their police SWAT forces when they hunt down homegrown terrorists and airport bombers in Paris, Brussels and Marseille?

Moreover, these are the same politicians who haven’t been much moved to outrage about Syrian or Iranian atrocities at any time over the past decade, and who celebrated Obama’s disastrous deal with Iran as a great achievement. They get truly self-righteous and especially angry only when Israel is involved in a military altercation. The temerity and hypocrisy of such critics is simply astounding.

I really don’t want to hear diplomatic prattle about the “inexcusable use of force on both sides.” There is no comparison between Hamas’ gratuitous use of force and Israel’s necessary and judicious use of force. It is profane to equate Hamas’ abuse of civilians in revving-up violence with Israel’s desire to avoid violence and its care to discriminate between terrorist agitators and civilian protesters.

It is particularly vexing that those in the international community who insist on the importance of the 1967 lines seem to sympathize with attempts to rupture that same line around Gaza. What is Western support for “Israel’s right to exist within secure and recognized borders” worth — if those borders cannot be defended?!

And why would Israel even consider West Bank withdrawals if it has no support for a robust defense of those shrunken borders? What if hundreds of thousands of Palestinians try the border rushing and crossing tricks around Jerusalem or in Samaria overlooking Tel Aviv?

In sum, Israel need not apologize for defending itself vigorously against Hamas’ tunnels, rockets, missiles, marches, incendiary balloons and airborne bombs; nor for the targeting of Hamas leaders; nor for the tragic but unavoidable deaths of Palestinians civilians behind whom Hamas fighters are purposefully hiding. 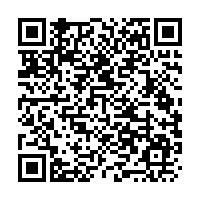