It was totally embarrassing. It was frustrating. This “it” was the very public and harsh condemnation of President Trump as an anti-Semite by Steve Goldstein, executive director of the otherwise unknown Anne Frank Center for Mutual Respect, during a CNN broadcast on February 21.

Goldstein – who rudely interrupted the broadcast’s other guest with his caustic allegations – was viewed by many as speaking on behalf of Jews in general. Ouch! Something really needed to be said, but by whom?


The week prior, various organs of the Reform movement began their battle to prevent the nomination of David Friedman as U.S. ambassador to Israel. A few Orthodox and right-leaning Zionist groups backed Friedman, but more voices of support were needed.

And two weeks later, President Trump overturned transgender guidelines issued by President Obama that had allowed people to declare themselves members of the opposite gender and proceed to use restrooms, locker rooms, and shower facilities of that opposite gender in over 7,000 publicly-funded institutions.

The Jewish Theological Seminary (of Conservative Judaism), in the name of Torah values, publicly condemned the president’s actions. Who would stand up and clarify that JTS’s statement does not represent Torah values?

It happens all too often that the voices of those purporting to speak for Judaism and Jews take positions that embody the antithesis of authentic Torah values. It is immensely frustrating and does a disservice to the divine mandate that is the essential role of the Jewish people. Yet few are willing or able to make serious footprints in pubic media to provide consistent and fearless communication of a genuine Torah message for the public to counter these distortions and to proactively promote authentic Jewish values.

The Coalition for Jewish Values (CJV) was created for the specific purpose of articulating traditional Jewish values in the context of a society that so often distorts these values or is ignorant of the Torah’s true message. A bold new organization, CJV was founded by a broad-based cadre of rabbinic figures who perceived the problem and proposed CJV as the solution.

CJV unabashedly addresses the burning issues of the day with press releases that are promptly composed and broadcast during each relevant news cycle – usually within a few hours of a breaking story – so that CJV’s voice is heard and the Torah’s position is in the forefront of public discourse.

How does CJV react so quickly and get its message out effectively?

CJV is run by a Rabbinic Board consisting of nationally-known rabbis who have extensive media connections as a result of their own backgrounds as prolific writers and speakers. CJV’s Rabbinic Board members are in sync with the news cycles and can swiftly hammer out press releases that address the burning issues of the day.

Many media outlets have approached CJV for responses to controversial developments that touch upon Torah values and impact traditional Jewish interests in the public arena, confident that undiluted and clear guidance will be provided.

CJV has thus far issued very important press releases regarding the nomination of David Friedman and the nomination of Judge Neil Gorsuch, as well as attempts by the Reform movement to interfere with Israeli anti-BDS legislation and efforts by various left-wing organizations to portray the Trump administration as anti-Semitic.

These press releases were carried on major Jewish and general media sites and have been invoked by important parties at the heart of the discussion. CJV statements about transgender issues and irresponsible so-called Orthodox voices that do not represent the vast majority of Orthodox Jews were well-received by those waiting for a rabbinic organization to clarify the issues and state the truth, without hesitation, compromise, or political correctness.

Recently, CJV director Rabbi Yaakov Menken represented CJV in a debate with Reform leader Rabbi Eric Yoffie. CJV’s rapid rise to prominence made it the perfect organization for Jewish Broadcasting Service to contact for that program.

Feedback thus far has been extremely encouraging. Many traditional-minded Jews in remote locations, lacking others of like mind to share and discuss mutual reactions to current events that touch upon our sacred values, have expressed their thanks to CVJ for standing up for Torah ideals in the face of onslaught and political correctness. And various media figures have been grateful to CJV for its ability to swiftly address matters of controversy from an authentic Torah perspective.

A member of CJV’s Rabbinic Board was even contacted by someone who identified as a hardcore anti-Semite; this person wrote that he was rethinking his views, as he now has a better understanding of real Jewish values after having read a CJV op-ed by the Rabbinic Board member.

Readers are advised to visit the CJV website (https://coalitionforjewishvalues.org/) for the latest press releases and op-eds, and are welcome to post comments and share ideas. CJV welcomes new voices and looks forward to continued rapid growth as a major and exciting voice in the public square. 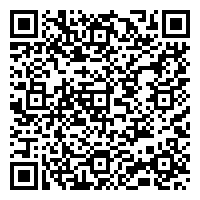