As a congregational rabbi, I often see people in hospitals and other health care facilities. While each building may look different, the actual differences are rather minute. It was my privilege recently to visit a hospital that is a definite exception to that rule.

Several weeks ago I traveled together with Larry Babitts to Washington to visit patients at Walter Reed Army Medical Center. With its patient population consisting mainly of wounded U.S. soldiers and a staff decked out in army-issue camouflage hospital scrubs and combat boots, visiting Walter Reed was an entirely new experience for me.


I wanted to visit Walter Reed with Larry in order to thank our brave soldiers for their service. I also wanted to let them know that American Jews truly appreciate their sacrifices in the war against terror.

Larry, a longtime friend of my synagogue, Kesher Israel Congregation of Harrisburg, Pennsylvania, is a decorated U.S. Army combat veteran who was wounded in both the Korean and Vietnam wars. In addition to being active in a number of veteran-related activities, Larry regularly travels from Harrisburg to Walter Reed to visit, comfort and lift the spirits of soldiers who have been wounded on the battlefield.

While driving to Washington, Larry explained his dedication to this unique act of chesed (kindness). While serving as an infantryman during the Korean War, Larry had his legs shattered by an enemy landmine that killed some of his fellow soldiers.

Realizing his group had ventured into a heavily mined area, Larry could only writhe in pain, thinking no one would risk his life to evacuate him. But one brave soldier was determined to get Larry off of that Korean hilltop. Though he vividly remembers the sound of the soldier’s voice, to this day Larry has absolutely no idea who the soldier was or even what he looked like.

Larry was eventually evacuated to the U.S. where he spent almost two years at Walter Reed recovering from his wounds. Unable to thank the soldier whose act of kindness saved his life, Larry reciprocates by visiting and sharing his story with a new generation of wounded soldiers. He does his best to encourage those whose experiences he can so clearly relate to.

We had a chance to visit with a few young soldiers and their families. The first patient we saw was a fellow Pennsylvanian who’d been wounded by a roadside bomb in Iraq. While all his limbs were thankfully intact, he had suffered a severe concussion and faced a long recovery. Both he and his family appreciated our visit. (I realized I’d just read about this soldier’s injury in that Saturday’s newspaper. I told his family how amazed I was that the army had transferred him to Walter Reed by Monday morning.)

The second soldier we saw was a young officer whose vehicle had been hit by an IED (improvised explosive device) in Afghanistan. His wife at his bedside, he was recovering from having had one of his legs amputated below the knee. I was impressed by his positive attitude. He told us he had nothing but gratitude for the army’s efforts. He had been injured about a year and a half earlier; army surgeons had operated more than ten times in an effort to save his leg.

While we talked, he thanked a visiting doctor for the hospital’s efforts on his behalf. “No private health insurance would’ve paid for ten surgeries,” he joked.

I hope the wounded soldiers and their family members took comfort from my visit, but I clearly saw how much they appreciated Larry’s. In him they saw someone who understood their pain, anxieties and concerns – someone who spent two years recovering in Walter Reed and then went on to lead and enjoy a fulfilling life.

Obviously, encountering a caring human being with a shared set of experiences went a long way to provide those brave young men with a greater sense of hope, optimism, and comfort.

Visiting Walter Reed with Larry Babitts reminded me of a very important lesson. Many centuries ago our sages taught us that in the midst of a crisis, knowledge that others have dealt with a similar challenge can be a great source of comfort. 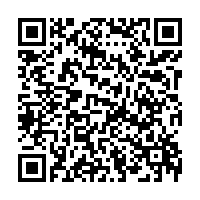