In his extraordinary “Strategy for Victory” speech at the U.S. Naval Academy on November 30, 2005, George W. Bush addressed the combination of continuing difficulties in Iraq, political attacks on his management of the war, and the criticism of a hostile mainstream media.

He did not deny the difficulties or predict an early end to the war:  he told the country that “In the years ahead . . . . [t]his war [on terror] is going to take many turns.”


He acknowledged that the training of Iraqi security forces “is an enormous task, and it always hasn’t gone smoothly.”  He admitted Iraqi civil defense forces initially “did not have sufficient firepower or training.”  He noted that “[o]ver the past two and a half years, we’ve faced some setbacks” with them.

He also recounted many historic developments — including the liberation of Iraq from Saddam Hussein, the holding of free elections, the adoption of a democratic constitution, and an impending new election — all accomplished within the same period, and defended the war with these words:

If we were not fighting and destroying this enemy in Iraq, they would not be idle.  They would be plotting and killing Americans across the world and within our own borders.  By fighting these terrorists in Iraq, Americans in uniform are defeating a direct threat to the American people.  Against this adversary, there is only one effective response:  We will never back down.  We will never give in.  And we will never accept any thing less than complete victory.  (Applause.)

The Churchillian echo of his words is obvious.  But the speech and the situation recall a lesser-known analogy.  It was recounted by Churchill himself in his “History of the Second World War” (Volume IV, pages 53-64).

In January 1942, after two-and-a-half years of fighting, politicians in the Conservative, Labor and Liberal parties were clamoring that Churchill had mismanaged the war.  There was no end in sight, and there had been many avoidable losses.  Battles had “turned out differently from what was foreseen.”

Churchill also faced a hostile press, with every critic “free to point out the many errors which had been made” and newspapers offering “well-informed and airily detached criticism” — all of which had created an “unhappy, baffled public opinion.”

Faced with mounting opposition, Churchill called for a three-day debate in the House of Commons — which was “in a querulous temper” — to be followed by a vote of confidence.  Churchill knew the debate would be one in which “the Government would no doubt be lustily belabored by some of those who have lighter burdens to carry.”

During the debate, Churchill addressed the House for two hours, saying that:

“We have had a great deal of bad news lately . . . and I think we shall have a great deal more.  Wrapped up in all this bad news will be many tales of blunders and shortcomings, both in foresight and action.  No one will pretend for a moment that disasters like these occur without there having been faults and shortcomings.  I see all this rolling towards us like waves in a storm, and that is another reason why I require a formal, solemn Vote of Confidence . . .

“We are beginning to see our way through.  It looks as if we were in for a very bad time; but provided we all stand together, and provided we throw in the last spasm of our strength, it also looks more than it ever did before as if we were going to win. . . .”

“I have never ventured to predict the future.  I stand by my original programme, “blood, toil, tears and sweat,” which is all I have ever offered, to which I added, five months later, “many shortcomings, mistakes, and disappointments.”  But it is because I see the light gleaming behind the clouds and broadening on our path that I make so bold now as to demand a declaration of confidence from the House of Commons as an additional weapon in [our] armoury . . .” 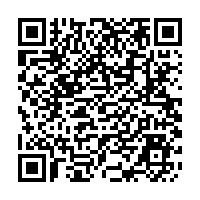