First and foremost, my prayers go out to the victims and their families in Boston. Just like we have a hard time understanding psychologically unhealthy people, we cannot understand what kind of man can be at war with innocents. History has witnessed many sick people leading others to commit atrocities, but there is one thing for certain; whatever the perpetrator or perpetrators might profess as a religion, they are not believers. If someone is capable of killing innocent people without so much as blinking an eye, then they are murderers with no fear of God. That is indisputable.

However, whenever there is a bombing or a mass shooting in public places like the atrocity in Sandy Hook School in Newtown, Connecticut, or the Aurora, Colorado massacre, or the 2011 Norway massacre, and many more, the worlds’ collective gaze shifts to “Muslims,” and some begin to express hateful sentiments even before the perpetuators are announced.


Just as it has become reflexive reaction in the Western world, to associate any attacks on civilians with Muslims, Muslims also hurry up to denounce the violence and want to make clear to the whole world that it is a violation of Islam, in case the murderer happens to have a Muslim identity.

Since these are times when emotions are high and people want quick justice, they sometimes seek targets to direct their anger. But inciting hatred, raising conflict and enmity, hatemongering, engaging in one-sided, aggressive propaganda and creating a climate of hysteria, or using the internet to incite a lynch mob, are also crimes.

As we have witnessed in the latest attack, while some react with common sense, others pour out words of hate targeting all Arabs and labeling all Muslims as potential murderers. For instance, a Fox News contributor—whether seriously or as satire—had the audacity to state that Muslims “…are evil…Let’s kill them all.” And I read a good many comments suggesting the extermination of Muslims.

But even if these voices are merely the ones being highlighted, these are still the voices of a minority, and very extreme examples at that. Some act this way because of pain and fear; others lack dignity and or even humanity in their soul – they are simply psychopaths.

While I say this, I also would like to strongly criticize those who express joy at the sight of horror in America, just because they think the American government’s foreign policies are wrong. On the other hand, I watched an Egyptian “cleric” saying this attack was definitely a jihad by mujahideen, adding that their execution was amateurish, and so it could not have been an Al-Qaida operation.

This chilling mindset is as horrifying to me, as a devout Muslim, as it is to any Westerner. The use of the concept of “jihad” for acts of aggression against innocent people is a great distortion of the true meaning of the term. Jihad—meaning to strive, to show an effort—is about telling people about Islam with knowledge, culture, love, affection and compassion; and to tell people the truth kindly, to treat them warmly, to respect their ideas, not to be ruthless toward them or shed blood, kill or hurt people or kill oneself.

I gave these two extreme examples because they do not represent the majority, and those who expressed them had no right to manipulate public feelings or opinion. Hatred and anger are likely to prevent people from thinking soundly and making just decisions. People can be inclined to injustice and cannot conduct themselves rationally when they let their anger guide their actions and words. So let us not accuse innocent people of acts they have never committed, or bear false witness against them. Let us keep some common sense, maintain our balance, and let us not give people the grounds to provoke. Even if they raise their voices, let us not permit them to misuse horrific atrocities to spread their poisonous and malicious propaganda. 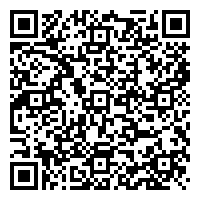