It’s time to just say it. The obsession of Barack Obama and John Kerry with forcing along a discredited and unproductive “peace process” involving the Palestinian Arabs and Israel is weird – even creepy.


When we left our drama last week, Mahmoud Abbas had just delivered “three ‘no’s’” to the White House on this freighted topic: no recognition of Israel as a Jewish state; no relinquishment of a so-called “right of return”; and no commitment to honoring a pact with Israel as an “end of conflict” between the two.

There’s nothing for Israel in this deal, in other words. Abbas won’t sign up to anything that would make Israeli commitments or concessions worthwhile. He’s very explicit about that. His ruling cabal in the West Bank in fact organized rent-a-crowds for a show of public support for his position, in advance of his visit to Washington – and was primed to run a victory lap celebrating his intransigence immediately afterward. Abbas couldn’t be more categorical about his refusal to engage with John Kerry’s negotiating framework; not if he spelled it out in six-foot neon letters.

As Jonathan Tobin points out, however, Israel has agreed to Kerry’s proposed framework for talks going forward, although with reservations. It’s Abbas who won’t come to the table. He won’t agree to even talk about finding common ground.

Seems like we’ve been here before, of course. But there are reasons for the current impasse, beyond the Palestinian Arabs’ longstanding pattern of refusals. The Quartet-brokered, Oslo-based peace process is a dead letter, and I think everyone outside Washington and Brussels can sense that. Oslo was born out of a moment that has passed: a moment of unchallenged American supremacy and the illusion of unforced global stasis. That moment is gone. The rise of a more territorial, geographically oriented Islamism, coupled with the Arab Spring, and now Putin’s invasion of Crimea, have demonstrated that too much of our current reality has changed.

It would be foolish of Abbas to make commitments at this point; foolish of Arabs throughout the region, and Islamists of all stripes. Too many opportunities are now possible. The last thing anyone wants to do is make commitments that will leave him out of position to profit from the coming instability.

Multinational observers or peacekeeping forces may be highly exploitable, as they have been in southern Lebanon, but their utility depends on an excruciatingly slow, indirect approach to undermining Israel. They could be a serious inconvenience for a quicker-acting approach, if such multinational forces took up a position – through some agreement along the lines of the Kerry proposal – in the Jordan Valley.

Abbas has excellent strategic reasons to reject the idea of a U.S.-brokered multinational force in the Jordan Valley. So do his various patrons. Now isn’t the time to commit to deals. Not with the status quo about to bust wide open.

The Obama administration hasn’t realized it’s 2014, largely because its members haven’t even realized it’s no longer 1968. That’s another story, but it’s central to the failing dynamic of the Middle East peace process. The context in which the Oslo framework was the best or only option is simply gone.

Under these emerging conditions, Israel’s continued cooperation has a twofold purpose, I believe: first, to show good faith in general – a willingness to negotiate to settle the Palestinian problem – and second, to maintain her good relations with the United States. 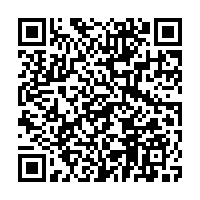