A very significant portion of my life has been devoted to personally combating Russian anti-Semitism. I experienced firsthand the extent of hatred against Jews which was basically ingrained in most Soviet leaders and bureaucrats. I will never forget the day when a leading KGB officer proudly told me that it would be the happiest day in his life to see Jews being strung up from the lamp posts in leading Moscow streets.


Russian anti-Semitism dates back centuries. It was encouraged by the Russian Orthodox Church and the Tsars perpetrated pogroms to divert attention from other social issues. Whilst the communists initially condemned anti-Semitism, in practice they maintained it as a state policy.

Having witnessed and battled against these trends as a cornerstone of the campaign to free Soviet Jewry, it would be somewhat bizarre for anyone to accuse me of being soft on Russian anti-Semitism.

But I believe the hysterical attacks on President Putin following his recent misplaced comments about interference in the US elections are outrageous and can lead to dire consequences.

In a rambling interview with NBC’s Megyn Kelly, who was pressing him to respond to allegations of Russian interference in the US elections, Putin facetiously referred to the possibility of Russian Jews being involved.

This was catapulted to front page headlines, many of which accused Putin of outright anti-Semitism and even resurrecting Judeophobia, including the notorious Tsarist “Protocols of the Elders of Zion”. These hysterical denunciations were echoed by the Anti-Defamation League who called on Trump to condemn Putin as an anti-Semite for reverting to the blame game by attacking Jews and other minorities. Even the normally restrained American Jewish Committee joined in the fray. A Jerusalem Post editorial called on Netanyahu to denounce him.

All these condemnations were based on taking Putin’s comments out of context and totally distorting them.

What was actually said? In the course of an interview insinuating that he had interfered in the US elections, Putin in exasperation turned on the interviewer and in Russian snapped “Maybe they are not even Russians. Maybe they were Ukrainians, Tatars, Jews, just with Russian citizenship. Even that needs to be checked. Maybe they had dual citizenship. Or maybe a green card. Maybe it was the Americans who paid them for this work. How do you know? I don’t know”.

Anyone with a semblance of intelligence would appreciate that this gibberish was simply a tactic to end the interview.

The fact that Jews were mentioned in passing as a Russian nationality was purely coincidental. Had he mentioned Jews alone and sought to blame them, that would be another matter. But that was not the case.

There is an element of madness in the air.

I am not entering into the issue of whether Putin did or did not interfere in the US elections. But he certainly did not engage in anti-Semitism.

The indoctrination of hatred of Jews amongst Russians over the past centuries cannot disappear overnight and plenty of anti-Semitic paranoia remains amongst the masses.

Which is why, even if one opposes Putin’s autocratic behavior and foreign policy, this former KGB agent must be recognized as one of the most positive forces combating Jew hatred and supporting the local Jewish community.

There are various explanations for Putin’s apparent philo-Semitism. Some say he was influenced as a youngster in St. Petersburg where he was looked after by a Jewish couple and deeply affected by a German Jewish teacher Mina Yuditkaya who came to Israel. He met her on a visit in 2005 and purchased an apartment for her in Tel Aviv in which she lived until she recently passed away.

Putin has encouraged the Jewish renaissance in Russia, developed a warm relationship with Chabad Rabbi Berel Lazare and has many Jewish friends. He has made a distinct effort to attend Jewish functions such as the opening of the Jewish Museum and Tolerance Center in Moscow, to which he contributed $50 million of state funds and even symbolically personally donated a month’s salary. He attends Chanukah celebrations and conveys goodwill on the advent of the Jewish New Year – something utterly unprecedented from a nationalist Russian leader.

Despite his strategic involvement with the Syrians, Putin has determinedly kept the channels to Israel open. He has personally visited Israel on several occasions, making it the first country to visit after his election in 2012. He speaks warmly of the Jewish state, expressing pride that it contains the largest diaspora of Russian Jews. At the western Wall, he donned a kippah – undoubtedly making his Bolshevik predecessors turn in their grave and enraging his Arab allies.

Putin holds regular meetings with Prime Minister Netanyahu, Defense Minister Avigdor Lieberman and other Jewish leaders who all testify to his deep respect for Israel especially its military and intelligence capabilities.

That is not to say that we should become party to idealistic delusions and could necessarily rely on Putin if he were forced to choose between supporting Israel and abandoning his control of Syria. For the time being, we will continue the balancing act and hope we can sustain the relationship.

But to accuse this man of anti-Semitism and linking him with the dark forces of Russian Jew baiting because of an ad lib comment taken out of context mentioning Jews amongst others is utter madness. If such hysteria is not halted it could inflict enormous harm on the Jewish people and Israel. We have enough enemies and do not need to abuse those who display genuine friendship towards us. 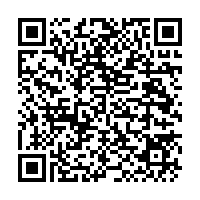