I could not have been more disgusted when hearing about a recent prayer rally organised by thousands of orthodox Jews at the Kotel, the aim of which was to beseech the almighty to “cancel the decrees” of the US Secretary of State.

Do they regard Kerry as an Emperor who issues decrees from on high for which they, as poor ghetto Jews, have no power over whatsoever?

This act of cringing passivity, only reinforces the view that these people do not regard Israel as a sovereign nation in control of its own destiny. The way Israel is behaving one could easily come to this conclusion but to the main issue, if a rally is organised it should be to beseech G-d to put some sense and a spine into the current Israeli leadership and once the prayers are over to move on and:

1. Demand that the sovereign nation of Israel finally gets up off its knees and cease its relentless capitulation to Kerry’s demands.

2. Demand that the true story of the nation be told whereby the so called “Palestinian” narrative be exposed as the fiction that it is. To this end I quote from Sheikh Ahmad Adwan, a Muslim scholar living in Jordan who recently made the following comments about the so called “Palestinians”. “Your demand for the land of Israel is a falsehood and it constitutes an attack on the Koran, on the Jews and their land.” He went on to call these people “liars”, “accursed” and “killers of children, the elderly and women” who they use as human shields.

It is my opinion that Obama and Kerry aim to destroy Israel or at least bring it to its knees. The 2003 Bush Road Map was in theory a blueprint of where these so called “negotiations” could revolve, but Obama and Kerry have deviated so far off course as to make this “roadmap” a dirt track in the middle of nowhere. This is the track they want Israel to travel on and to date Israel has foolishly indulged their every whim, including the release of the most heinous terrorist murderers in order to just bring Abbas to the table. It should be of great significance that Obama has put Muslim Brotherhood members/sympathisers in key administrative positions in his administration. Does this concern that group known collectively as American Jewry? It would appear not. Most would not even know this. Most would never have heard of Salam al-Marayati (Obama Advisor and founder of the Muslim Public Affairs Council) who is on record of suspecting that the 9/11 atrocity was committed by Israel.

The current US administration, headed by someone whose credentials for office are dubious, is a clear and present danger to the Jewish nation yet American Jews, by a vast majority and to their shame have voted for Obama not once but twice! All the warning signs were there for those whose eyes were open and were not deaf. Now we have the disgraceful recent spectacle of a brainwashed American Jewry, a group truly worthy of the title of ghetto Jews of the diaspora, attacking the New York City (NYC) Mayor, Bill de Blasio for his support of Israel! All countries have their share of loony tunes self hating Jews but the USA stands first and foremost among the pack. One can only hope that those attacking de Blasio represent a minority of US Jews.

Israeli paralysis is the net result of being sucked into the Obama so called “peace process”. Combined with the constant lack of support and hostility towards Israel and what it stands for has led to an IDF that has lost the confidence or will to even deal with a rag tag bunch of rock throwers on the West Bank. The IDF is taunted daily but refuses to respond in the only way that these people will understand. No other army on the face of the earth would put up with this nonsense. Worse still, according to Israel’s Chief of Military Intelligence, Major General Aviv Kohavi, Israel faces 170,000 rockets aimed at her. To quote General Kohavi: “Israel is surrounded by 360 degrees of actual enemies. We call this period in time the ‘Era of Fire’, in light of the amount of missiles and rockets we face as a constant threat. There are about 170,000 rockets and missiles that threaten Israel. For the first time the enemy now has the ability to hit Israeli cities hard. IAF pilots can no longer move freely towards their targets and have to dodge missiles that threaten them.” 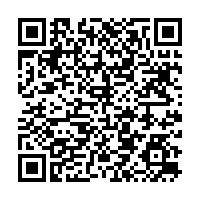