The forces of darkness in the Middle East are panicking. One of the most powerful Arab countries in the world has made peace with the dreaded Zionist enemy.


For these forces of darkness, anything that challenges the demonization of the Jewish state is a disaster. In order for these regimes to survive, Israel must remain the irredeemable sinner, the evil oppressor of Palestinians, the Jewish invader who took over holy Muslim land.

This dark view of Israel has long been the mother’s milk sustaining the dictators of the region, keeping attention away from their own corruption, incompetence and oppression of their people.

This opens them up to other truths.

The United Arab Emirates (UAE), in making a historic deal with Israel, woke up. In fact, they woke up a while ago. The difference is that now, they’re coming out. They’re not hiding it. They’re telling the world and the people of the region: Israel is not our enemy. Israel doesn’t want to invade us. Israel has a lot to offer.

This is an earthquake, a call to Israel’s Arab neighbors to look to the future rather than the past. Emotions that dwell on the past, such as resentment and humiliation, are paralyzing. Emotions that look forward, such as hope and optimism, are liberating.

But let’s not celebrate too soon. The past will not go down without a fight. Evil dictators of the region have one key interest—to stay in power. To do that they must keep alive the traditional view of Israel as the “great sinner” rather than the emerging one of a “great partner.”

Have Arabs been lied to all these years about Israel?

It’s no surprise, then, that leaders of Iran, Turkey, Hezbollah, Hamas and the Palestinian Authority are freaking out over this latest deal. You can see them desperately clinging to their old model, accusing the UAE of “betraying” the Palestinian cause and aiming to isolate them while warning others not to follow suit.

These forces are panicking because the UAE has shattered the model of the Palestinian conflict as the key to progress in the Middle East. If anything, the conflict has been the biggest obstacle to progress, the ideal excuse for nations to stay stuck in the past.

Cunning Palestinian leaders have always understood the power they were given by other dictators. As long as they remained the poor victims and Israelis the evil oppressors, their power was secured. It was a regional con game, and most of the world was in on it, intentionally or not.

Many Jews were in on it, too. Their genuine and heartfelt critiques of Israeli policies vis-à-vis the Palestinians were not received that way by Israel’s cynical enemies. Instead, they were seen as “Jewish reinforcement” for the Israel-bashing narrative that kept leaders on their thrones.

Even now, despite a historic agreement that gives new hope to the people of the region, you can see liberal Zionist groups contorting themselves to keep the old model alive: “Yeah, this new deal is nice,” they’re saying, “but Israel must stop oppressing the Palestinians.”

Resolving the Israeli-Palestinian conflict, of course, would be incredible. But relentlessly pressuring Israel while ignoring the lies, cynicism and Jew-hatred on the other side hasn’t worked. It has only fed the power games of corrupt leaders and failed both the Palestinian cause and the cause of peace.

Have you ever wondered why decade after decade, as Palestinian leaders have flown around the globe in private jets complaining about Israel, the plight of their people has only gotten worse? They want you, they need you, to believe it’s all Israel’s fault.

Now, that worldview has been shaken. The UAE’s courageous move to put the interests of its nation ahead of the interests of dishonest Palestinian leaders has opened a new door for real progress.

New truths and hard questions may be dawning in the Arab world, such as: Have Palestinian leaders failed their own people? Have Arabs been lied to all these years about Israel? Is it true that Jews have a deep and biblical connection to the land and to Jerusalem? Can Arab nations indeed partner with Israel for a better future?

This new moment is a big test for American Jewry. If liberal Zionists allow their opposition to President Donald Trump to limit their support for a new direction that can transform the Middle East, they will fail both the Zionist and the Arab cause.

But if they tell Palestinian leaders they no longer have veto power over progress in the region and it’s time for them to negotiate in good faith; and if they encourage other Arab states to follow the UAE lead and make a seminal peace with Israel, well, they would endorse a major accomplishment of the Trump administration right before an election. 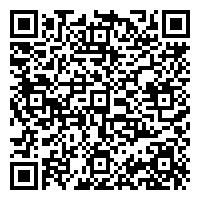