At a time when the White House is pressuring Israel to make dramatic concessions, the Jewish State enjoys an all-time high popularity among Americans, and therefore among their representatives in the US House of Representatives and the US Senate.

According to a February 18, 2014 Gallup Poll, Israel is the MVP (most favorite player) in the Middle East – 72% very/mostly favorable –  leading all other Middle East countries by a dramatic margin: Egypt – 45%, Saudi Arabia – 35%, etc.

Israel is more popular than most Western democracies, while the Palestinian Authority is ranked among the least favorable (19% favorability), along with North Korea (11%), Iran (12%), Syria (13%) and Iraq (16%).  Thus, when President Obama delivered the 2014 State of the Union Address, he was greeted with indifference when stating: “American diplomacy [aims] to achieve dignity and an independent state for Palestinians.” However, the president triggered resounding applause when continuing: “…and lasting peace and security for the state of Israel – a Jewish state that has known that America will always be at their side.”

The Gallup findings reveal that the more experienced and mature Americans are, the higher is Israel’s favorability: 81% among those 55 or older (who tend to be more knowledgeable about international relations, in general, and Israel in particular), 72% among those in the 35-54 age group and 64% among those between the ages of 18-34.

The Gallup data highlights the fact that Americans in general, rather than US Jewry, are the main source of intense identification with the Jewish State.  That is also the case on Capitol Hill, where the key US-Israel initiatives have been conceived/led by Christian legislators (most notably, the late Senator Daniel Inouye).  In fact, the vast majority of Americans has embraced the idea of a Jewish State since the 17th century Pilgrims – long before the integration of the Jewish community into American society, and many years before the founding of AIPAC.

Such determination was underlined by the October 3, 2013 Pew Research Center: 55% of America’s Christians (and 82% of Evangelicals) – compared with 47% of American Jews – asserted that Israel was given to the Jewish People by God. The April, 2010 Quinnipiac Institute poll documented an overwhelming majority of Americans (66%:19%) urging President Obama to be more supportive of Israel.

While President Obama suffers from erosion of  support by an increasing number of legislators from his own party – as has been the case with all second term Presidents – while his approval rating drops to 40%, according to a February 16, 2014 Gallup poll, and while polarization among constituents and legislators has been dramatically intensified, the all-time high support of the Jewish State has been one of the few bipartisan consensus issues in America.

The support of Israel has been enhanced by the anti-US Arab Tsunami on the Arab Street from the Persian Gulf to Northwest Africa, the rising threat of Islamic terrorism – which has penetrated the US mainland through hundreds of sleeper cells – and the rapidly expanding mutually-beneficial cooperation between the US and Israel, commercially and militarily.

Moreover, support for Israel has been bolstered despite the tension between the White House and Jerusalem, due to the fact that most Americans do not consider the Jewish State a classic foreign policy issue.  Americans have always considered the Jewish State an integral part of the American story, morally, culturally and politically.

The February 18, 2014 Gallup poll reflects the healthy tissue and the potency of the US-Israel covenant, which has withstood wars, crises and pressure, constituting a robust tailwind behind the surge of the Jewish State from a remnant of the Holocaust to the prime ally of the US.

Attack in Ashdod: This Is How It Looks When a Rocket Hits 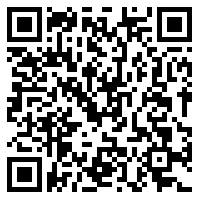