The Pilgrimage Road leads from the Silwan Valley of ​​east Jerusalem (the City of David) to the foot of the Temple Mount. Jason Greenblatt, Donald Trump’s Middle East special envoy, and U.S. Ambassador to Israel David Friedman attended the dedication ceremony. Their participation symbolizes Israel’s sovereignty over east Jerusalem.

The participation of two senior American representatives in a ceremony attended by Israeli ministers underscores Trump’s continued commitment to recognize Jerusalem as the capital of Israel. It is now over a year since President Trump declared Jerusalem the capital of Israel. The Trump administration did not back down, in spite of Palestinian protests and the objection of Arab and Islamic countries.

The ceremony took place just a few short hours after the Jerusalem police arrested Fadi al-Hadami, PA minister for Jerusalem affairs. He is suspected of carrying out Palestinian Administration (PA) activity in east Jerusalem. This is a breach of the agreements reached in the Oslo Accords.

The Israeli Foreign Ministry reprimanded the Chilean ambassador to Israel. The President of Chile apologized to President Rivlin. He said that his visit to the Temple Mount was a private visit and that he did not invite the Palestinian representatives, who simply appeared of their own accord.

The Battle for the Center of the Spiritual World

For Palestinians and Jordanians, the participation of senior U.S. officials in the tunnel dedication ceremony is an exceedingly disturbing event.

Near the Temple Mount, Israel continues with archaeological excavations that expose the underground complex near the Western Wall and the Temple Mount. These excavations led to the discovery of the Western Wall Tunnel (north of the present Western Wall plaza), which opened its doors to the public several years ago. Today, it is an important tourist site frequented by Israeli citizens and tourists from all over the world, and it serves as a popular prayer site during hot or inclement weather. Yasser Arafat, heading the PA, led a bloody struggle against the opening of the tunnel. The site of the Western Wall Tunnel expresses the deep Jewish heritage inherent to the location and points to Israel’s sovereignty over the Temple Mount.

The PA sees the participation of senior U.S. administration officials in the dedication ceremony as an act of “blind support” for all Israeli actions in east Jerusalem. It also views this as an expression of the U.S. government’s policy in favor of Israel.

In an almost desperate step, the PA issued a radical statement. The PA chairman called to take action against the continued Israeli archaeological excavations in the Temple Mount area. “This will not weaken our dedication to our ideals, most importantly the preservation of Jerusalem,” the PA chairman promised.

He directed the Palestinian Foreign Ministry to work with the United Nations and the Organization of Islamic Cooperation against Israel’s archaeological excavations. The PA claims the excavations are “making an attempt at Judaizing east Jerusalem and are a violation of international law.”

Jordan’s Foreign Ministry also issued a statement condemning all attempts by Israel to “reinvent the identity of the Old City of Jerusalem.”

Jordanian and Palestinian resistance to the archaeological excavations in east Jerusalem is not new. These excavations expose unequivocal evidence of Jewish sovereignty on the Temple Mount and the City of David. Sensitivity to the issue grew after America declared Jerusalem the capital of Israel and relocated its embassy to Jerusalem. The Bahrain conference contributed to the growing tensions. So does the expected publication of the “deal of the century,” scheduled to take place after Israel’s new government is established.

These events illustrate how crucial demonstrating Israeli sovereignty in east Jerusalem and on the Temple Mount is. Israel should feel no apprehension regarding any reactions of Jordan and the Palestinians, especially since they so recently organized the land grab at the Gate of Mercy. They used the Muslim Waqf Council to show the United States that Israel does not control the Temple Mount. They made it clear that they will not agree to Israeli sovereignty over the compound.

Adopting an unbending Israeli policy in east Jerusalem will show the Palestinians and Jordan that Israel is determined to exercise its sovereignty over this part of the city. Israel will openly maintain Jerusalem’s unity while granting full freedom of worship to members of all religions. 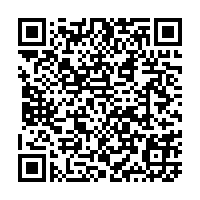