During your term as Israel’s Education Minister, you spoke at the Bible Tournament in honor of Israel’s 71st Independence Day. You discussed Israel’s economic, technologic, and diplomatic success. Your 12-minute speech focused on different forms of unity that we need to pursue as a people if we want to continue to thrive as a nation and state. You have repeated this sentiment on numerous occasions throughout your political career.


You spoke passionately about unity with Jews of the Diaspora. You began by describing how Israel built itself up over the last seventy years with contributions from Jews throughout the world. You continued by saying, that this balance has shifted and now it is the Jews of the Diaspora who require Israel’s help.

You said that we are losing millions of Jews world-wide, as 6 in every 10 Jews are intermarrying. You called this a “a slow process,” which combined with the growing problem of anti-Semitism are a moral obligation for Israel. You praised a multitude of programs that Israel runs both in Israel and around the world, but stated that more action is necessary to strengthen Jewish Identity.

I look forward to seeing all the new ways your government will forge world-wide Jewish unity. Unfortunately, your coalition partner, Co-Prime Minister and Foreign Minister, Yair Lapid, does not appear to have those same goals. Last Wednesday, July 14th, Lapid gave the keynote speech at the 7th global forum to combat and deter antisemitism, where he said:

Antisemitism is not the first name of hate, it is its last name. It is anyone who hates so much that he wants to murder and destroy and chase and expel people just because they are different from him.”

Lapid’s speech caused an uproar in Israel and drew flak from Jews around the world, both right and left wing. The Zionist Organization of America put out a letter bashing Lapid’s downplaying of anti-Semitism. In their letter they wrote:

“We are very sorry to hear your words. You played into the hands of haters of the Jewish people when you challenged the uniqueness of anti-Semitism.”

“As Foreign Minister of the State of Israel, you delivered a speech that was completely contrary to the interests of the Jewish people. You harmed our ability to continue fighting anti-Semitism on campuses, international organizations, governments and institutions.”

In conclusion, they wrote: “We all hope that you will issue a clarification that will unequivocally clarify the uniqueness of hatred of the Jews, both in its intensity, in its appearance throughout history and in its presence today.”

It looks like Foreign Minister, and Co-Prime Minster Lapid’s words surely did not reaffirm Israel’s commitment and collaboration with Jews around the world, who every day are on the front lines of the growing threat of anti-Semitism around the world.

According to a pew research poll in May 2021, 75 percent of Jews in the United States say there has been an increase in anti-Semitism in the last five years and 53 percent feel less safe than they did five years ago. The idea that anti-Semitism and the Holocaust define Jewish identity for Reform and unaffiliated Jews has been consistently supported in numerous polls. Thousands of books have been written about anti-Semitism and how to prevent Jew hatred.

The definition of anti-Semitism has been unchanged for millennia, and your partner, Yair Lapid has come to save the day by announcing that there is no such thing as specific Jew hatred. This is surely a position that will not help Israel’s caretaking of Jews in the Diaspora, many of whom have dedicated their lives to educating about and fighting anti-Semitism. 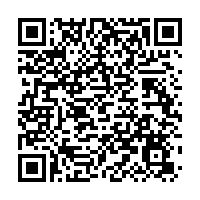