The categories of contemporary progressive-left racism include:


While left-leaning politicos in the United States are searching for Nazis and Klansmen and White Supremacists and White Nationalists and the “Alt-Right” – whatever that is, exactly – hiding beneath every bed, they remain childishly oblivious to the toxic and divisive racism that is eating its way through the core of their own political movement.

Up until about the election of Barack Obama – who I voted for in 2008 – the United States made highly significant strides in ethnic relations over many decades, which was a major factor in Obama’s electoral success.

Since then, the United States is regressing on issues of race even as the inheritors of the legacy of Martin Luther King, Jr. urinate on that legacy while calling it “social justice.”

There has not been this much racial discord in the United States since 1968 and it is largely due to the fact that the progressive-left has beat it into the heads of poor “black” kids that they are oppressed and that poor “white” kids are the oppressors.

What kind of social results did they expect would emerge from incessant left-leaning racial hatred in the United States?

Although nobody on the left ever wants to discuss it, the most prominent form of publicaly acceptable racism in the United States, today, is anti-white racism.

Hundreds of articles and other forms of media have been published in left-leaning venues decrying how horrible and racist and brutal – yet, somehow, fragile – “white” people are.

As an American Jew – and since the word “white” has become a racist perjorative – I am not even certain that I know what a “white” person is. I do know that I am constantly mistaken for one despite the fact that my ancestry, along with almost all non-converted Jews, goes to the Levant.

The fundamental point, of course, is that people do not get to pick-and-choose who it is acceptable to be racist towards. Either you oppose racism or you do not. If you claim that certain ethnicities, for historical and socio-economic reasons around power relations, are incapable of racism then – guess what? – you are being racist.

That is, you are holding some groups of people to different ethical standards based on their ethnic background.

Excuse me, but that is the very definition of racism.

Western-left identity politics is both racist and noxious because it indoctrinates young people into a political point of view which places individuals upon an ethnic and gendered Hierarchy of Victimhood wherein one’s political significance, if not one’s humanity, itself, depends upon where one falls within the hierarchy.

Contemporary left identity politics, therefore, in distinction from old-timey interest group politics, is the most prominent racist and illiberal political movement in the United States today.

It is what I call “identity politics overreach.”

It is also one significant reason, among others, that Donald J. Trump happily sits in the Oval Office.

Antisemitic Anti-Zionism
This one, naturally, is my favorite.

If you were to question your average U.S. Democrat they would likely agree that the historical persecution of the Jewish people was entirely unjustified. The western-left despises Nazism and racism and fascism, even as they unthinkingly embrace certain aspects of it. They would absolutely agree that the European persecution of the Jews was a great injustice in the past, even as they also embrace the western-left antisemitic anti-Zionism of the present.

Unfortunately, polling data also shows that a majority of self-identified “liberal Democrats” favor the Palestinians-Arabs over the Jews of Israel by a plurality of 40 percent over 33 percent.
In other words, in the imaginations of “liberal Democrats” – by which they actually mean “progressives” or, as some would say, the “regressive left” – every previous generation the Jews were innocent and did not deserve harassment or persecution… except for this one.By some mysterious happenstance the Jewish people, today, both Israeli and diaspora, are, in fact, guilty. We were not in the past, but we are today.

Thus, who can really blame “Palestinians” if they perpetually seek to murder Jews in the very heartland of the tiny Jewish nation?

If the international community despises the Jewish State of Israel it is, therefore, because of the Jews, themselves, who generally insist upon supporting the allegedly racist, militaristic state of Israel. What this suggests, within the western-left mind, about the morality of diaspora Jewry which supports Israel is not very pretty.
Humanitarian Racism
In Manfred Gerstenfeld’s introduction to Behind The Humanitarian Mask: The Nordic Countries, Israel, and the Jews, which is a scholarly compilation of articles published by the Jerusalem Center for Public Affairs (JCPA) and the Friends of Simon Wiesenthal Center for Holocaust Studies, Gerstenfeld writes:

Behind the Nordic countries’ righteous appearance and oft-proclaimed concern for human rights often lurk darker attitudes. This volume’s main purpose is to lift their humanitarian mask as far as Israel and Jews are concerned. This disguise hides many ugly characteristics, including the financing of demonizers of Israel, a false morality, invented moral superiority, and “humanitarian racism.”

The condescension and imperial superiority of contemporary leftists toward those of non-European descent, with the exception of Jews, is unfathomable. The progressive-left, as a group, treats all non-Europeans, other than Jews, like little children in need of a pat on the head and a chocolate chip cookie.

It is, at least in my estimation, the current iteration of nineteenth-century western imperial notions of “white man’s burden” and it takes the form of holding non-Europeans to the ethical standards of inferiors.

In this way, European historical guilt around issues of race trump feminism, and even regular human decency, in how much of the guilt-riddent “white” middle-class judge people who in an earlier generation they would have called “our little brown brothers.”

Until the western-left moves beyond anti-white racism, antisemitic anti-Zionism, and humanitarian racism, it will remain riddled with hypocrisy and acting in cross-purposes toward its own supposed values.

It is very sad that over fifty years after Martin Luther King, Jr’s famous I Have A Dream speech on the steps of the Lincoln Memorial in Washington D.C. that the western-left has flung King’s admonitions into the gutter.

The most important thing that King stood for was this:

I have a dream that my four little children will one day live in a nation where they will not be judged by the color of their skin, but by the content of their character. I have a dream today!

The contemporary left does not. 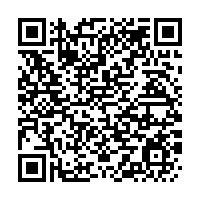