Why do Jew-haters hate Jews?

Anti-Semitism is ubiquitous today, which is nothing new of course, but in our modern age of space exploration, smart houses, remote robotic surgery, and driverless cars, one might wonder why this antediluvian form of ignorance persists, no less at uber-pernicious levels.


We see anti-Semitism rearing its ugly head on college campuses and coming out of the mouths of accomplished and celebrated people. It pops up in official statements from professional and academic organizations and is heard from heads of state.

One would like to think that in a time of enlightenment there would need to be a logical reason for harboring hatred against a group of people. Jews, however, seem singled out by many for no logical reason at all.

So why do people hate Jews, and what drives people to want to hurt and kill them?

The persecution of Jews stretches back to biblical times. Malicious characterizations of Jews developed and spread, and by the Middle Ages all sorts of stigmas were in currency: the Jews were the root of all evil, they wanted to take over everything, they drank the blood of Christian children, they were greedy, they were rapacious money-lenders, they were cheaters. You name it, the Jews did it.

Derogatory physical stereotypes have also been part of the anti-Semites’ arsenal: Jews had big noses, they were dirty, they were weak, they smelled, they had horns on their heads, etc.

Words and images are very powerful. Say something enough times, show pictures repeatedly, and people will start believing what they see and hear. It’s called propaganda and it can have a strong impact on the human mind. It can influence people to blame others for their problems. It can cause people to act in unsavory ways toward others. It can sway whole nations to be willing accomplices in mass extermination. The Nazis knew the value of propaganda and they successfully sold it to the German people.

Anti-Semitism is so deep-rooted in some cultures that it is part of the sociological fabric. Leaders use Jew hatred to galvanize their citizens – what better than a common hatred to keep people distracted from their real problems?

Contemporary Arab cultures actively foster Jew hatred by weaning children on it. Members of groups like ISIS, Hizbullah, and Hamas are blindsided by an ideology that preaches hatred and inspires torture and murder, as well as a fervent desire to wipe out Israel.

The human mind can be poisoned through propaganda or indoctrination, and it seems that even otherwise normally-functioning and bright people are not immune to its noxious allure. As we see, college students and intellectuals can be tainted by such brainwashing.

Many claim they oppose Israel simply because of its “occupation” of Palestinian territories, but their charade doesn’t pass the litmus test of objectivity: if they oppose occupying powers, why, of all countries involved in land disputes, do they single out Israel – a democracy and a paradigm of human rights?

Unfortunately, the virulent bug of Jew hatred can infect Jews, too. There are Jews who are part of the anti-Semitic community, and some are quite outspoken in plying their animosity, using protests, speeches, articles, and books to broadcast their vicious messages. It is particularly disconcerting to proud Jews to see other Jews (most prominently left-wingers) bash their own people and Israel.

Anti-Semitism can also be an emotional or psychological disorder, resulting from low self-esteem, narrow-mindedness, bitterness, and jealousy. It can stem from a need to find a scapegoat for one’s own shortcomings. It can fill a need to be part of a group in which a person derives a sense of purpose. It can fill a gap in a person’s empty or unhappy life.

The germ of radicalized hatred can, at it most extreme, become an obsession, a mental illness, even something a person would die for. (Of course, no matter the root of the hatred, violent anti-Semitic behavior cannot ever be excused or tolerated.)

So how has anti-Semitism persisted through the millennia into our own enlightened times?

The answer is that times may change but people don’t. Human nature remains the same. Basic human characteristics such as desire, jealousy, greed, love, and hate don’t go away just because of modern education or stunning new technological innovations. Like folklore, old stigmas and stereotypes persist and continue to be spread, sometimes taking on even more vitriolic forms.

Unfortunately, it doesn’t appear that anti-Semitism will go away anytime soon. People will always be people, harboring prejudices and insecurities, envy and enmity, and in their emotional and psychological weaknesses be susceptible to disgusting, offensive, and pernicious vitriol promulgated by others.

Indeed, Jews would be prudent to use the lessons of the past to prepare them for the challenges of the future. 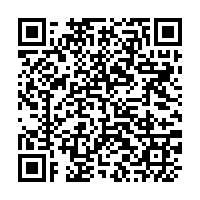