One of the biggest, most stubborn and costliest untruths of our time is the notion that the jihad waged by Arabs in the Palestinian Authority (PA) and Gaza against Jews in Israel is a national struggle of an indigenous people for independence.


No matter the facts, the lie persists to the tune of billions of dollars in international aid and political prestige, which makes it increasingly difficult for anyone involved to admit that the whole thing is nothing more than a propaganda stunt.

Unlike the fairy tale of ‘The Emperor’s New Clothes’, everyone pretends to be blind and deaf when it is pointed out that the emperor is naked. In fact, if the emperor himself were to stand up and yell, ‘I am naked folks, go home!’ the crowd would go on complimenting his non-existent garments.

Last week the naked emperor did just that:

“Before the Balfour Promise, when the Ottoman rule [1517-1917] ended, Palestine’s political borders as we know them today did not exist, and there was nothing called a Palestinian people with a political identity as we know today”, historian Abd Al-Ghani admitted on official PA TV on November 1.

“Since Palestine’s lines of administrative division stretched from east to west and included Jordan and southern Lebanon, and like all peoples of the region [the Palestinians] were liberated from the Turkish rule and immediately moved to colonial rule, without forming a Palestinian people’s political identity.”

In 1917, says this Arab historian on official PA TV, there was no such thing as a Palestinian people. This statement amounts to saying that the whole narrative of an ‘indigenous Palestinian people’ was made up at a later point in time.

As Hamas Minister of the Interior and of National Security Fathi Hammad speaking on Al-Hekma TV said in March 2012: “Brothers, half of the Palestinians are Egyptians and the other half are Saudis. Who are the Palestinians? We have many families called Al-Masri, whose roots are Egyptian. Egyptian! They may be from Alexandria, from Cairo, from Dumietta, from the North, from Aswan, from Upper Egypt. We are Egyptians…”

There is a reason, why the “Palestinian National Museum” is empty of historical artifacts.

The Arab historian’s admission corroborates the observations of 19th century travelers to the region, who notably had no specific political agenda when they visited, unlike so many visitors to Israel today:

”Outside the gates of Jerusalem, we saw indeed no living object, heard no living sound”, wrote French poet Alphonse de Lamartine about his visit in 1835.

”The country is in a considerable degree empty of inhabitants and therefore its greatest need is that of a body of population.” wrote British Consul James Finn in his 1857 description of the Holy Land.

”Palestine sits in a sackcloth and ashes. Over it broods the spell of a curse that withered its fields and fettered its energies. …Palestine is desolate and unlovely….It is a hopeless dreary, heartbroken land.” wrote American author Mark Twain in his description of his visit in 1867.

Nevertheless, the Arab propaganda machine gets away with publishing fantastic falsehoods, such as this one on the Palestinian Authority’s tourism website: “With a history that envelops more than one million years, Palestine has played an important role in human civilization. The crucible of prehistoric cultures, it is where settled society, the alphabet, religion, and literature developed, and would become a meeting place for diverse cultures and ideas that shaped the world we know today”.

The international community not only approves of these falsehoods, it happily pays for them.

Historian Abd Al-Ghani’s declaration on PA TV was a historic, highly newsworthy admission that ought to have made the headlines everywhere, considering the importance the issue is given by political leaders, diplomats, the media and other establishment figures all over the world.

After all, if the Arabs themselves admit that the ‘Palestinian people’ is an invented entity, should not the consequence be that the countless UN projects, billions of dollars in international aid, and the endless campaigns against Israel cease and be used for more noble purposes?

The answer is yes, but no one is paying attention.

We live in a post-factual world. Facts no longer have any currency, unlike feelings and ideological posturing. The truth has been reduced to a troublesome inconvenience and if it happens to stare you in the face, nothing could be easier than closing your eyes or simply looking away. 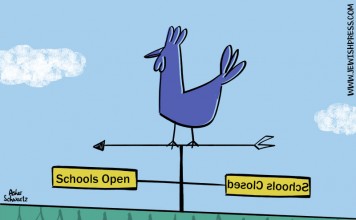 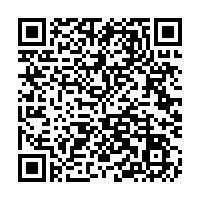